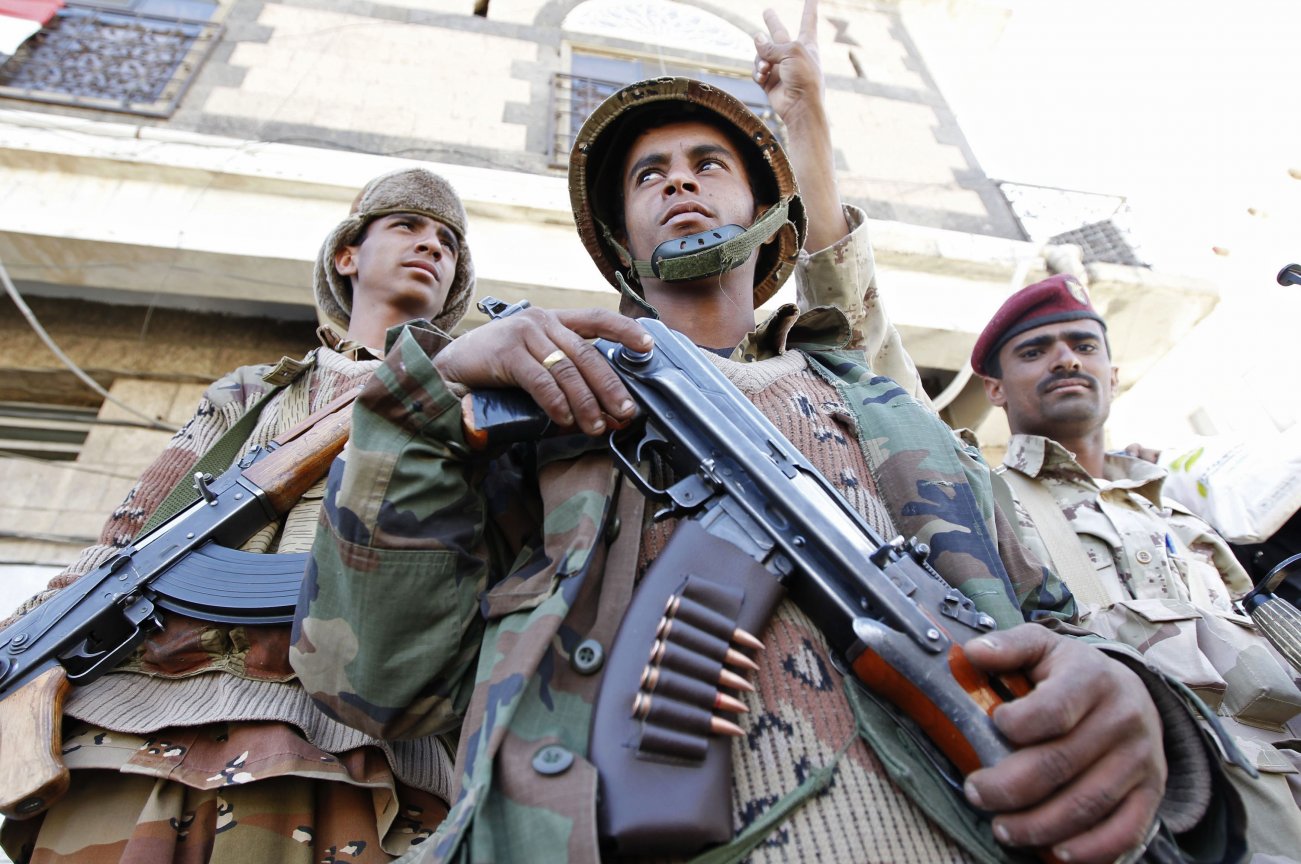 Earlier this month the United States Navy played the “Grinch” to an undisclosed power or faction in the Middle East as the U.S. Fifth Fleet seized approximately 1,400 AK-47 assault rifles and some 226,600 rounds of ammunition from a stateless fishing vessel during a flag verification boarding in the North Arabian Sea. The action, which was conducted in accordance with customary international law, took place on December 20.

As a result, some insurgents may have felt like the kid who didn’t get the must-have toy of the holiday season.

The U.S. Navy’s patrol coastal ships USS Tempest and USS Typhoon discovered the weapons during a search conducted by U.S. Coast Guard personnel. The cache of illicit weapons and ammunition were later transported to the guided-missile destroyer USS O'Kane (DDG 77) where they await final disposition.

The stateless vessel was believed to have originated in Iran and transited international waters along a route that has historically been used to traffic weapons unlawfully to the Houthi rebels in Yemen, according to a statement from the United States Central Command. The direct or indirect supply, sale or transfer of weapons to the Houthis violates United Nations Security Council Resolutions and U.S. sanctions.

The vessel’s five crew members were also identified as Yemeni nationals and were scheduled to be returned to Yemen. As for the actual stateless vessel, after the crew and cargo were removed, it was deemed to be a hazard to navigation for commercial shipping and was subsequently sunk.

The U.S. Navy and its partners regularly perform maritime security operations in the Middle East to ensure the free flow of legitimate trade and also to disrupt the transport of illicit cargo that often funds terrorism and other unlawful activity. According to the U.S. Navy, its warships operating in the U.S. Fifth Fleet region had seized approximately 8,700 illicit weapons this year alone.

In May, the U.S. Navy’s guided-missile cruiser USS Monterey (CG 61) seized dozens of advanced Russian-made anti-tank guided missiles, hundreds of PKM machine guns, sniper rifles and rocket-propelled grenade launchers as well as thousands of Chinese Type 56 (a clone of the AK-47) assault rifles from a stateless vessel, described at the time as a dhow, transiting the North Arabian Sea in May. Those weapons were also believed to be bound for Yemen to support the country's Houthi rebels, and also likely came from Iran.

The Ticonderoga-class USS Monterey provided more than thirty-six hours of overwatch and security for its boarding teams and the interdicted vessel throughout the two-day operation that include the transfer of the weapons. It was the third such seizure by the Fifth Fleet and one of the largest in recent years.

This past February, guided-missile destroyer USS Winston S. Churchill (DDG 81) seized a cache of weapons off the coast of Somalia that was carried in a pair of small dhows. The inventory included thousands of AK-47 assault rifles, light machine guns, heavy sniper rifles, rocket-propelled grenade launchers and crew-served weapons; as well as barrels, stocks, optical scopes and weapon systems. That hoard of illicit small arms was also likely bound for Yemen.

The ongoing civil war in Yemen is seen as part of a wider Iran-Saudi Arabia proxy conflict.

Peter Suciu is a Michigan-based writer who has contributed to more than four dozen magazines, newspapers and websites. He regularly writes about military small arms and is the author of several books on military headgear including A Gallery of Military Headdress, which is available on Amazon.com.