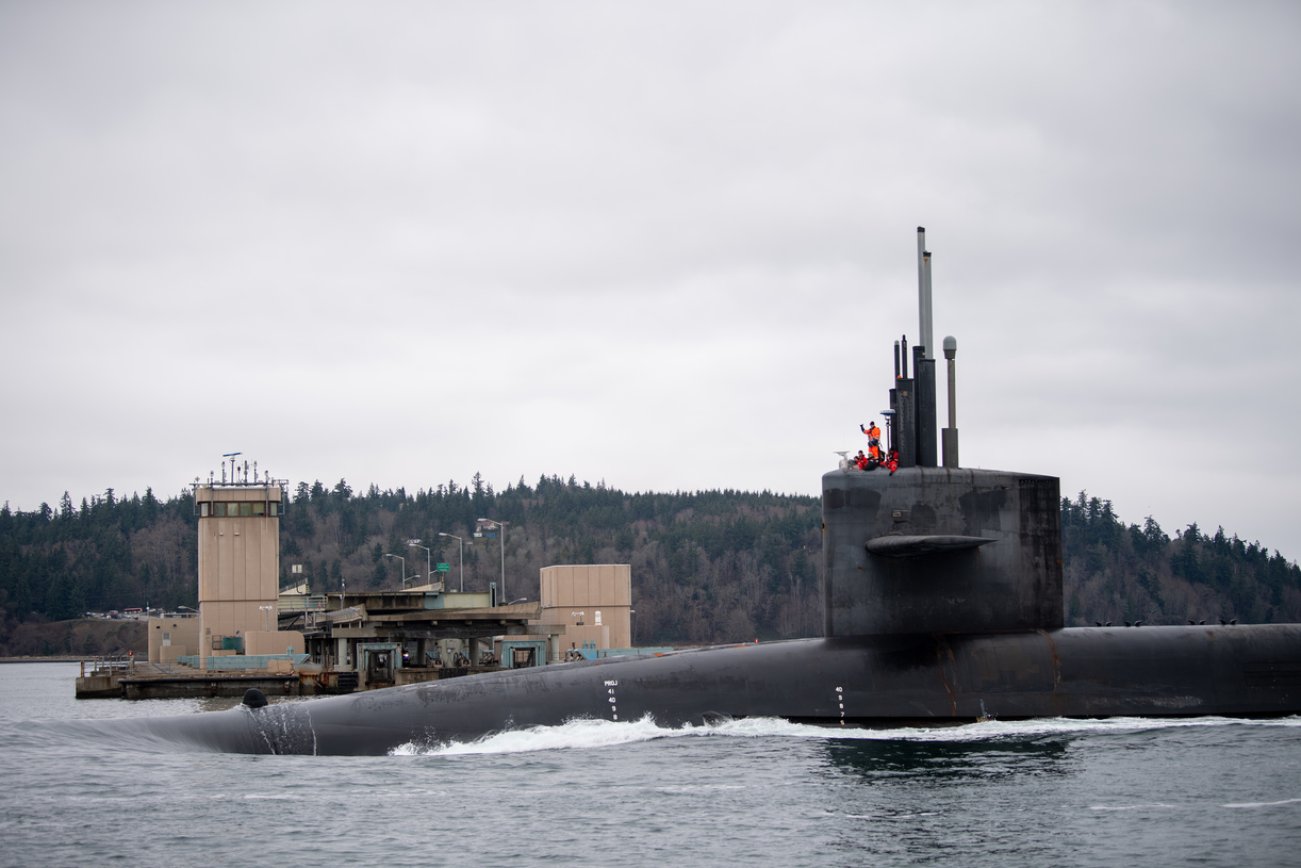 Let’s assume the government is willing to toss its Naval Shipbuilding Plan out the window and that the US is willing to sell us Virginia class boats off-the-shelf from US shipyards. What would it cost?

Here's What to Remember: The future submarine program estimate also includes design costs. But again, that’s not included in the Virginia’s US$3.25 billion cost per boat. What share of the Virginia program’s design costs would the US pass on to us? Even if it waived historical design costs, what share of the design of enhancements and upgrades to future batches of Virginias would we pay over the build process?

The conversation about acquiring nuclear-powered submarines here in Australia continues to bubble along.

Some commentators who previously supported acquiring conventional submarines to replace the current Collins class, such as former prime minister Tony Abbott, now favor the nuclear option. But as Abbott noted, the government has never fully investigated the nuclear option. Consequently there is no agreed factual baseline and many public claims about nuclear submarines are speculative and possibly questionable. It’s been suggested, for example, that acquiring the United States Navy’s current nuclear attack submarine, the Virginia class, would have a similar—or even smaller—cost to designing and building Naval Group’s Shortfin Barracuda here in Australia (for example, here and here).

Let’s assume the government is willing to toss its Naval Shipbuilding Plan out the window and that the US is willing to sell us Virginia class boats off-the-shelf from US shipyards. What would it cost? Attempting to compare two very different things, one of which exists, the other of which doesn’t, is a fraught exercise. But while the Shortfin Barracuda is likely to be the most expensive conventional submarine ever built, there are some good reasons to think that the Virginia would not be cheaper.

Let’s look at a very high level parametric comparison. The Virginia weighs in at around 8,000 tonnes. The Shortfin Barracuda looks like it will between 4,500-5,000 tonnes. So with everything else being equal, the Shortfin Barracuda would need to cost around 60% more per tonne to be more expensive. RAND Corporation’s 2015 study of the Australian shipbuilding industry suggested that building in Australia historically incurred a 30-40% premium compared to the United States, although that study was based solely on surface ships. The intent of the government’s continuous shipbuilding policy is to bring those premiums down, but even if that doesn’t occur, Shortfin Barracudas still look like they’ll be cheaper.

We can also compare the publicly available information about the two classes, noting that there is a vast gulf in the quality of information in the US compared to here. The US Department of Defense’s Justification Book for fiscal year 2019 for shipbuilding (p. 37) provides a unit cost for a Virginia class submarine of US$3.25 billion. If we multiply by 12 and convert at current exchange rate that makes around A$53.7 billion (of course, if the Aussie dollar sank, that number would go up).

We don’t know what Defense has estimated the unit cost of a Shortfin Barracuda to be (and likely never will). In response to questions at Senate hearings, Defense officials have stated that the estimated total acquisition cost of the future submarine program, which is designing and building 12 Shortfin Barracudas, is around $50 billion ‘constant dollars’ (a measure which doesn’t take inflation and price escalation into account). The cost of Australian projects includes everything needed to bring a capability into service. In the case of the future submarine program that likely includes wharves, training and testing facilities, simulators, and so on.

So these elements would need to be added to the A$53.7 billion for Virginia class boats to get an apples to apples comparison. How much would they cost? These enabling elements that make up the support system can comprise a large percentage of the cost of the platforms themselves. A lot would depend on how much infrastructure would be needed here to safely support nuclear propulsion—and that’s another area where there is no consensus among commentators. Putting that aside, the change from Collins to the Virginias would be so great that virtually every other part of the support system would need to be replaced. The $1.5 billion facilities bill for the joint strike fighter would likely pale in comparison.

Recommended: What Will the Sixth-Generation Jet Fighter Look Like?

Recommended: Imagine a U.S. Air Force That Never Built the B-52 Bomber

We shouldn’t forget that Defense normally costs in ‘out-turned’ dollars that take inflation and price escalation into account. In an earlier piece we made some assumptions around schedule and escalation and suggested the $50 billion constant estimate for the future submarine program would out-turn to around $79 billion. The $53.7 billion cost of the Virginias is essentially a constant figure, so once we out-turned that and added in all the elements of the support system, it’s hard to see the Virginias coming in at less than $100 billion.

On top of that, there are operating costs. Considering the Virginia has a crew of 135 compared to probably around half that for the Shortfin Barracuda, just the additional uniformed workforce required could cost $400 million more per year. And operating costs are also related to size, so the 8,000 tonne Virginia will no doubt cost a lot more to sustain than a 5,000 tonne Shortfin Barracuda. We are currently paying $592 million per year to sustain the six Collins. I suspect 12 Shortfin Barracudas will be around three times that (p. 85), and 12 Virginias could double that again. So the difference in operating cost between 12 Shortfin Barracudas and 12 Virginias could be around $1.5 billion per year—or close to $2 billion once we include workforce. So that’s an additional $60 billion over the life of the submarines (and that’s constant, not out-turned). Again, a big uncertainty is the cost of the infrastructure necessary to support nuclear-powered boats.

It’s possible to argue over these assumptions—that’s at the core of the art and science of cost estimation—but overall, it’s hard to see how 12 Virginias could cost less than 12 Shortfin Barracudas, let alone half as much, as has been suggested. Now cost is not the same thing as value. One can argue that the future submarine program is primarily about delivering an effect, and not about a particular number of submarines per se, and since nuclear attack submarines can deliver a greater effect (through faster transit speeds, greater endurance, no requirement to leave station to recharge batteries and greater weapons load), we would not need to buy as many Virginias to deliver the same or greater effect as 12 Shortfin Barracudas.

That’s a fair point, but a discussion for another time.

Editor’s note: In November ASPI will publish Rear Admiral (ret) Peter Briggs’ report arguing for the acquisition of nuclear-powered submarines and how the challenges involved can be addressed.

Marcus Hellyer is APSI’s senior analyst for defence economics and capability. This first appeared in ASPI's The Strategist.

Hillary Deletes Tweet Where She Miscounts Number of Senate Votes on Filibuster – One Too Many Cocktails?