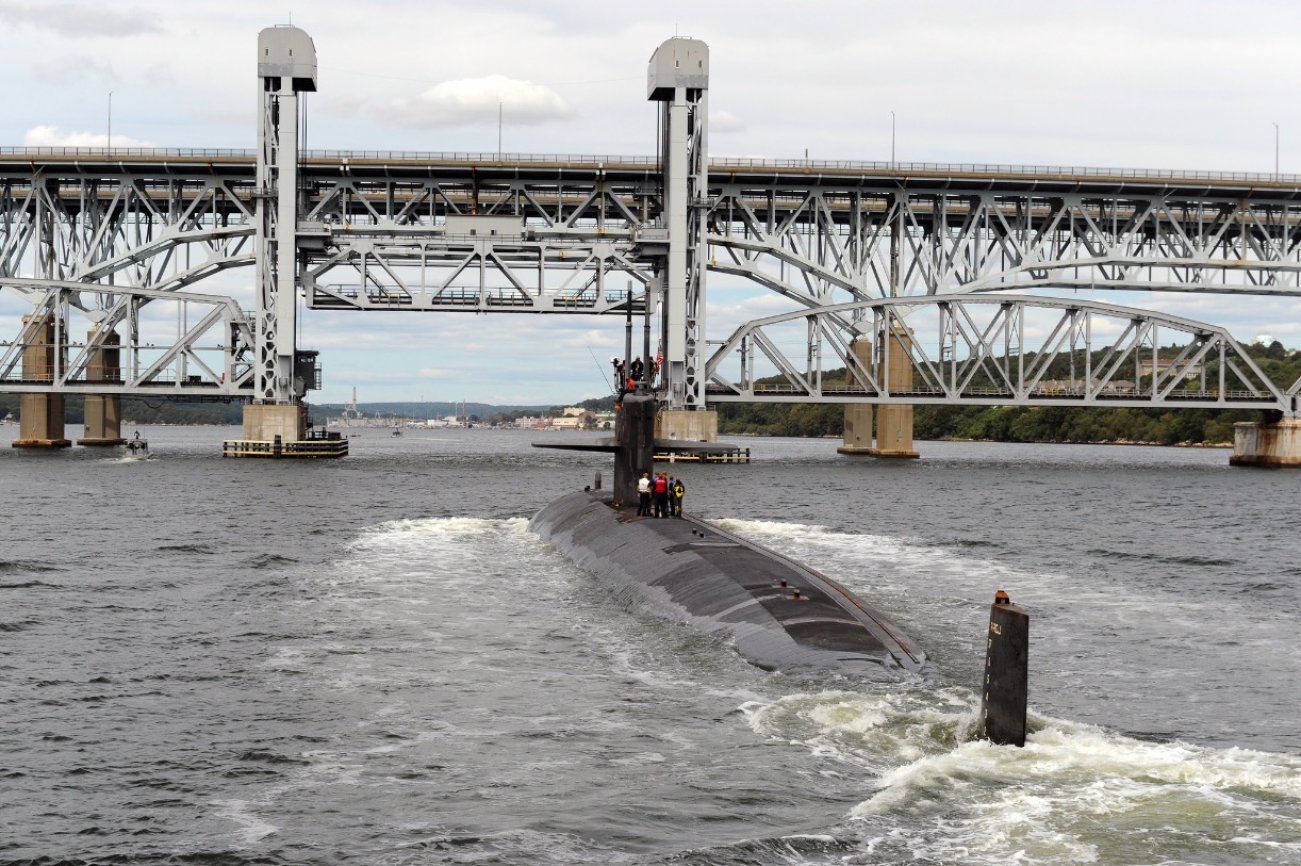 These boats, in conjunction with U.S. Navy attack submarines, might indeed be well-positioned to stop the People’s Liberation Army Navy, given their weapons ability and stealthy characteristics.

Here's What to Remember: It seems reasonable to consider that submarines and undersea assets might be the best way for the United States and its allies to stop a Chinese invasion of Taiwan.

Surface ships are visible to an enemy from miles away. Many drones and aircraft are easily detectable. Ground-based weapons such as missile launchers and interceptors can largely be seen by satellite. This means any prepositioned assets deployed to deter or stop a Chinese amphibious assault on Taiwan are likely to be seen or known by attacking People's Liberation Army forces.

But what about submarines? It seems reasonable to consider that submarines and undersea assets might be the best way for the United States and its allies to stop a Chinese invasion of Taiwan.

Ship and land-based sensors make it very difficult to position warships or even operate aircraft nearby Taiwan without being seen by Chinese forces. Therefore, China might attempt a surprise attack when U.S. aircraft carriers and visible assets are not within range. This is where submarines and undersea drones come in.

New quieting technologies, undersea drones, and improved torpedoes would make attacks from the sea more successful. If enough attack submarines and undersea drones are operating in the vicinity, they could be in position to attack and destroy advancing Chinese amphibious forces. Recent U.S. Navy advances in attack submarine technology make submarines deadlier with longer-range, more precise weapons systems. Tomahawk cruise missiles, for example, are able to change course in flight and destroy moving targets, placing them in a position to attack surface ships on the move. The navy is also developing its Very Lightweight Torpedo weapon which expands attack possibilities.

Block II Virginia-class and subsequent attack submarines are equipped with newer underwater antennas or communications devices, quieting enhancements, and special coating materials intended to make them less detectable. While details regarding what these look like are unavailable for security reasons, navy leaders talked about these advances years ago when the USS South Dakota was designated as a prototype. The South Dakota and other submarines with similar innovations are now operational. This might be one reason why the concepts for operation for attack submarines have evolved to include more undersea surveillance. Block III Virginias also use fly-by-wire navigational controls, fiber optic cables, and more advanced sonar systems. Attack submarines and drones launched from torpedo tubes could likely operate along island and coastal areas conducting clandestine surveillance missions while being much less detectable than a surface ship or some aerial drones.

The U.S. Navy is also making progress with a growing fleet of small, mid-sized, and very large unmanned undersea drones. These platforms have very long endurance lurk beneath the sea for weeks tracking enemy surface ships, submarines, and mines. It is possible that some of them could be armed with weapons. While undersea drones can already find and explode mines autonomously, any actual lethal firing of a torpedo would need to be managed by a human.

As for the force itself, this may be one reason why the U.S. Navy continues to prioritize submarine construction. Congress and the navy have been concerned about the number of submarines available for several years, and could devote even greater resources to new construction. Global Firepower says China operates as many as seventy-nine submarines, compared to sixty-nine in the American fleet. However, American allies have submarines as well. Global Firepower lists South Korea as operating twenty-two submarines and Japan is cited as having twenty. These boats, in conjunction with U.S. Navy attack submarines, might indeed be well-positioned to stop the People’s Liberation Army Navy, given their weapons ability and stealthy characteristics.

Have omicron deaths peaked in the US?