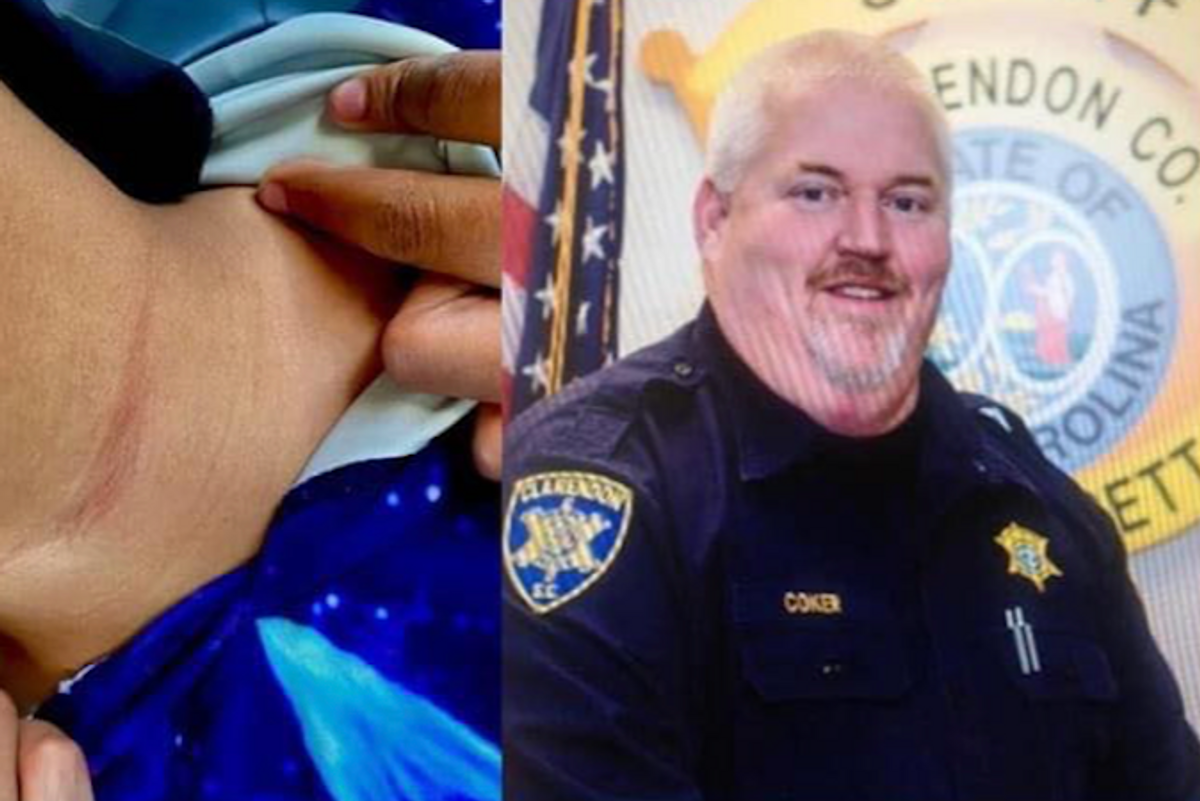 A sheriff's deputy in rural South Carolina is under investigation after he was accused of choking a 12-year-old mixed-race student unconscious.

"Clarendon County school resource officer Jonathan Coker has been accused of accosting an unnamed East Clarendon Middle-High School student," FITS News reported Thursday. "The allegations quickly gained traction on social media – with the student’s mother claiming her son had been picked up by the neck of his sweatshirt, causing him to lose consciousness."

After the mother filed a complaint on Dec. 15, Clarendon County Sheriff Tim Baxley asked the South Carolina Law Enforcement Division (SLED) to conduct an independent investigation, according to a statement he posted on Facebook.

The sheriff's office posted surveillance video from inside the school alongside Baxley's statement.

"While the independent investigation currently being conducted by SLED is not complete, I wanted the public to see the alleged incident in its entirety,” Sheriff Baxley said in the statement. "I urge the public to view the entire video on its own void of any statements or online rumors you may have previously heard.”

According to FITS News, the video doesn't confirm the mother's allegations.

"For example, it does not show the student being choked unconscious – although there are several frames in which it appears as though Coker may have grabbed the boy by his clothing (and there are also periods of time during which Coker and the student are out of the range of cameras)," the site reported.

Black Lives Matter South Carolina alleged there are two additional videos that were not released by the sheriff's office.

"We are demanding for both videos to be released immediately to the public, so we can complete our investigation," the group wrote on Facebook. "We don’t have time for coverups, we don’t have for games. Give us the video — or we are coming in full force!"

According to an interview with the student's parents posted by Black Lives Matter, his mother is white, and his father is Black.

At the 3:13 mark in the video below, Coker can allegedly be seen grabbing the student by his hood and leading him out of the cafeteria.

Amazon is aggressively growing its advertising. Here's everything to know about its ad business.