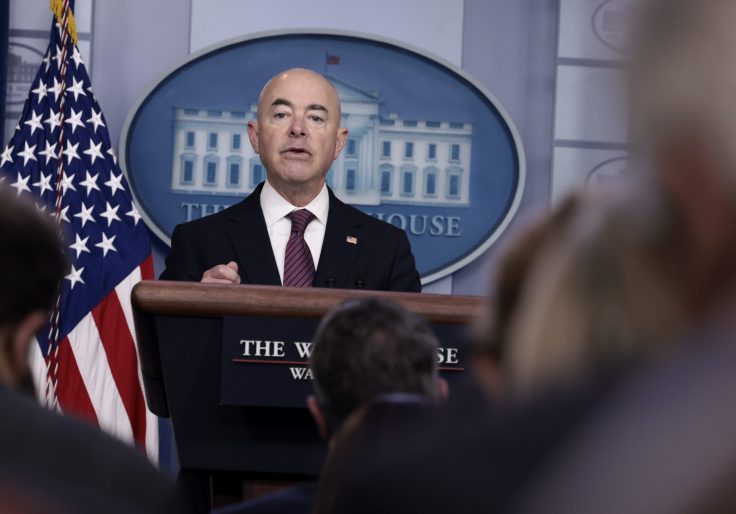 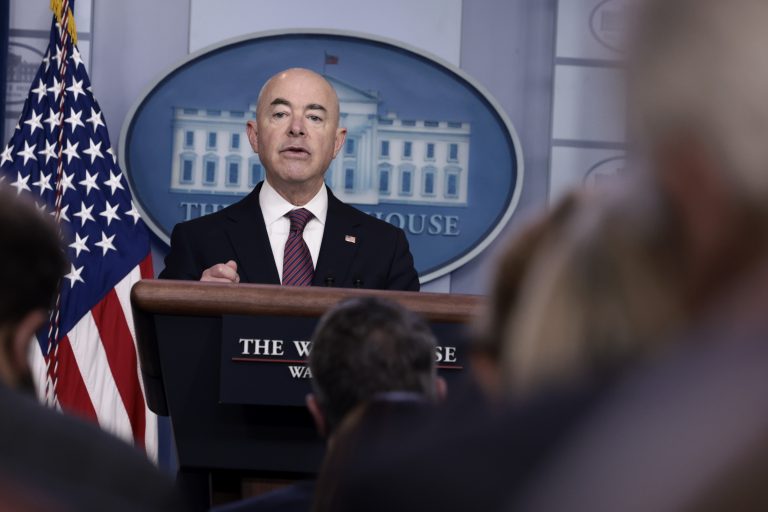 As patrol agents are overwhelmed with an all-time high number of crossings at the southern border, the Department of Homeland Security is prioritizing "diversity, equity, and inclusion" (DEI) in the 2022 fiscal year, according to documents reviewed by the Washington Free Beacon.

In a November report that outlined initiatives for agencies such as Customs and Border Protection, DHS listed compliance with federal regulations as first among six "priorities." The second was "diversity, equity, and inclusion"—above "customer experience" and "cybersecurity." The department sent the report to staff members following a town hall-like meeting, during which agency heads emphasized to staff the importance of DEI efforts.

That ranking concerned at least one senior DHS official, who criticized leadership for focusing on left-wing political initiatives while the southern border "remains a shit show."

"DEI is the new buzzword at DHS, and it's a top focus at all component agencies," the official said. "Too many officials are spending resources to impress Biden administration officials and political appointees with new initiatives and programs."

As DHS rolls out these priorities, Border Patrol agents are processing an all-time high number of migrants attempting to enter the country. Fentanyl seizures by immigration authorities have also spiked over the last year, contributing to the more than 100,000 American deaths due to opioid overdoses in the last year. On top of that, DHS is facing a potential staffing crisis amid vaccine mandates for federal employees.

Despite those crises, President Joe Biden has advanced DEI programming. In June, he signed an executive order establishing "a government-wide initiative to advance diversity, equity, inclusion, and accessibility in all parts of the federal workforce" that "expands [DEI] training throughout" the government.

A recording of a private question-and-answer session with DHS leadership this month, which was obtained by the Free Beacon, highlights how DEI initiatives are central to day-to-day work by the agency. When asked by an anonymous staff member about supply chain issues, for example, DHS chief information officer Eric Hysen—who worked as the director of the Justice and Opportunity Initiative at the Chan Zuckerberg Initiative and on the Biden transition team—spoke about his concern for "minority businesses" when working with tech contractors.

"One of the things that has been critical for me and [our chief procurement officer] as we think about these elements," Hysen said, "is that we don't want to impose supply chain requirements that limit our ability to move quickly, to move at the speed of mission, but also that don't impact our ability to access and work with small and minority owned businesses, which are a critical part of our vendor base."

DHS did not respond to a request for comment.

Much of the changing culture at DHS can be traced to an agency report entitled "DHS Inclusive Diversity Strategic Plan for Fiscal Years 2021-2024," which was released on Dec. 31, 2020. According to the document, the initiative seeks to "demonstrate our commitment to inclusive diversity as a top priority."

"In 2020, we find ourselves at the brink of change that is not only expected, but required—of the times we are in, and by the future that we are beholden to," Sharon Wong, DHS executive director of Strategic Recruitment, Diversity, & Inclusion, writes in the report (emphasis in original). "As we prepare to welcome Generation Z into the workforce, we must begin to think of harnessing our mission and values to create a workforce for whom belonging is our priority; so that we may benefit from their talent and tenacity, and be elevated by their high expectations of the American government, and uncompromising standards that will stretch us to the fullest expression of public service."

The report notes that reorienting the agency around DEI initiatives began at the end of the Trump administration. The proliferation of DEI programming has only accelerated since Biden entered office, according to the senior DHS official.

The focus on issues related to diversity, equity, and inclusion, the official said, has demoralized many within the agency. When senior DHS officials held town hall meetings with staff in September, for example, they declined answering questions related to the treatment of Border Patrol agents erroneously accused of "whipping" Haitian migrants.

Biden's vaccine mandate for federal employees, as well as looming budget cuts for border security, has many within DHS and CBP considering retirement or changing jobs altogether. The obsession with DEI, some say, feels like an insult.

"It's like this all over the administration," the senior DHS official said with regards to DEI programming. "Why are they thanking us for our service when they want to give us less money and promote debunked stories about how Border Patrol agents abuse migrants?"

The post Border Crossings Are at an All-Time High. The Homeland Security Department Is Prioritizing ‘Diversity, Equity, and Inclusion.’ appeared first on Washington Free Beacon.