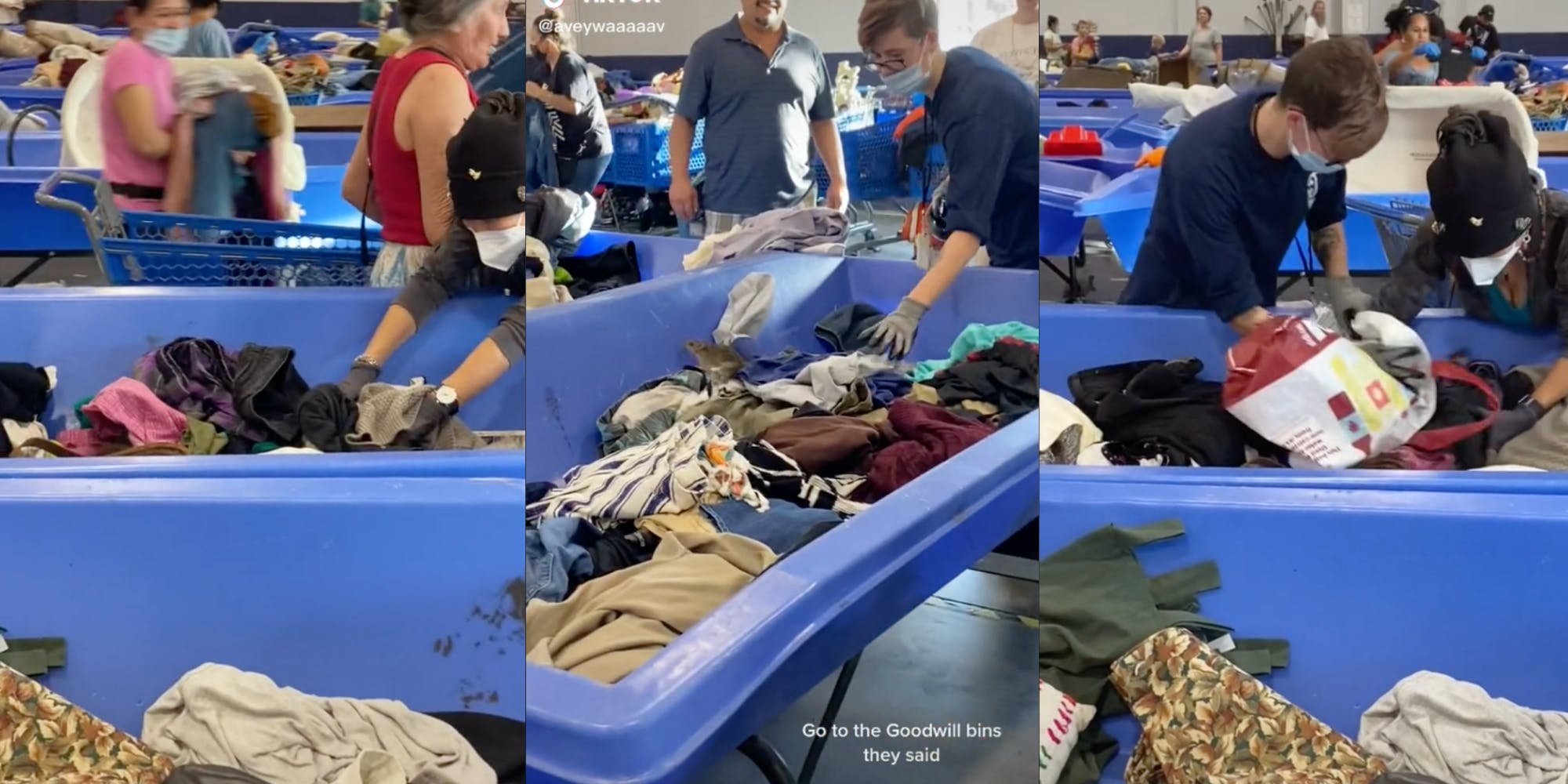 Best practice is typically to wash your clothes after thrifting them, and one viral TikTok is giving people who buy their clothes secondhand another reason to do so.

On Thursday, user @avenue.eleven posted a video at their local Goodwill that shows a rat rummaging through a clothing bin. In the video, the rat hops from bin to bin as employees and patrons try to capture it.

“Go to the Goodwill bins, they said,” reads text on the screen. “It’ll be fun, they said.”

The video stops before it’s clear whether the rat was caught. Its fate is also unknown.

This probably isn’t the worst thing found in a Goodwill bin. In Nov. 2018, there was a large snake in a Texas-based store. According to local reports, employees there initially thought the snake was a toy; it was later reunited with its owner.

In the comments of @avenue.eleven’s video, though, many users weren’t too pleased with the idea of vermin possibly touching their clothes.

“THIS IS WHY I CAN’T TRY STUFF ON AT THRIFT STORES,” said one user. “IT HAS TO BE WASHED FIRST.”

“Where is the store at so I won’t go there?” commented a second person.

"Why I do not go there. Make sure you wash everything before wearing," another warned.

Meanwhile, other users poked fun at the situation. Many joked that the rat was just trying to thrift, too.

“Bro was just trying to shop too,” commented one person. “SMH.”

It seems that @avenue.eleven was ultimately unbothered by the interaction too. When someone commented that a rat in the clothing bins “won’t stop me,” they replied: “We shall proceed on.”

It's unclear where exactly this incident took place. The Daily Dot has reached out to @avenue.eleven via TikTok comment.

The post ‘Wash everything before wearing’: Rat runs through clothing bins at Goodwill in viral TikTok appeared first on The Daily Dot.