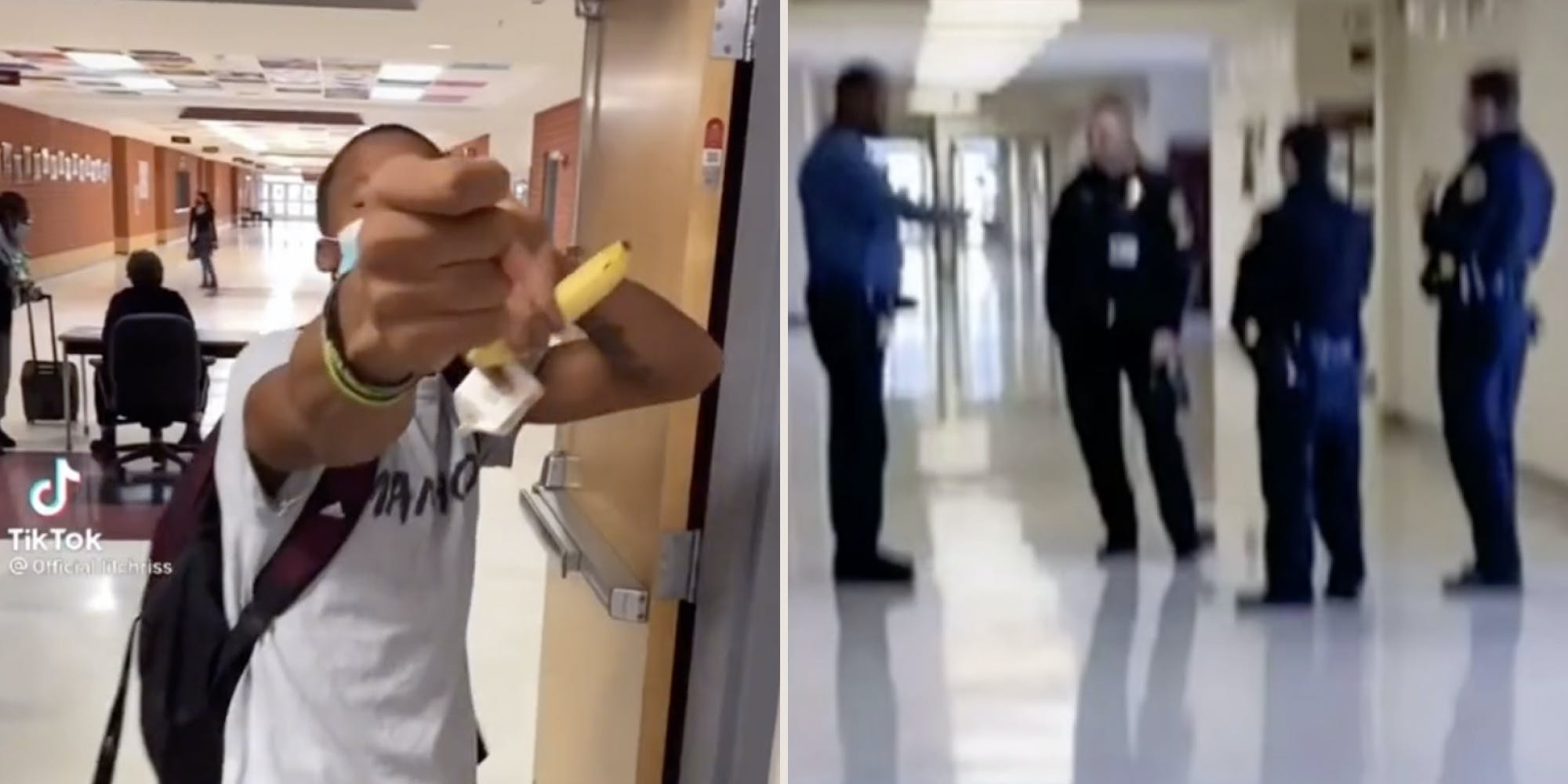 The video in question was filmed at West Creek High School in Clarksville, Tennessee. It featured students participating in the viral “Who Want Smoke?” trend, which involves holding their phones and other objects as prop guns. The original TikTok, posted by user @0fficial.lilchriss, has since been deleted.

Administrators told students the TikTok posed a “school threat,” according to a video by user @skylar_dior2.

Another video by @0fficial.lilchriss shows several Clarksville Police Department officers on campus during the incident. The police arrived unannounced, said Lexis Gambino, whose sister goes to the high school. Gambino told the Daily Dot that her sister and mother were present during the suspension meeting.

One white police officer allegedly told the students that “if he seen the kids doing this at school he’d shoot them and go straight home to his family,” Gambino told the Daily Dot via Instagram DM. He also told one student he would keep her “on his radar” and that he would be seeing her “in a few years.”

“My sister is not a threat to society,” Gambino said in a viral Instagram post. “Neither is none of them other kids!”

Comments on TikTok and Instagram are overwhelmingly in support of the students. Many commenters found the school and police response unnecessary.

“This is honestly so upsetting. No teachers were involved, no weapons,” one Instagram user commented. “Just kids dancing and going viral for it being a cool dance.”

Others called the suspensions racist.

About two-thirds of West Creek High School’s students are people of color, according to the National Center for Education Statistics.

The Daily Dot has reached out to Clarksville-Montgomery County School System, Clarksville Police Department, and TikTok users @0fficial.lilchriss and @skylar_dior2 for comment.

The post ‘My sister is not a threat’: Police called, over 50 students allegedly suspended for participating in viral TikTok challenge appeared first on The Daily Dot.

Keep a close eye on yourself