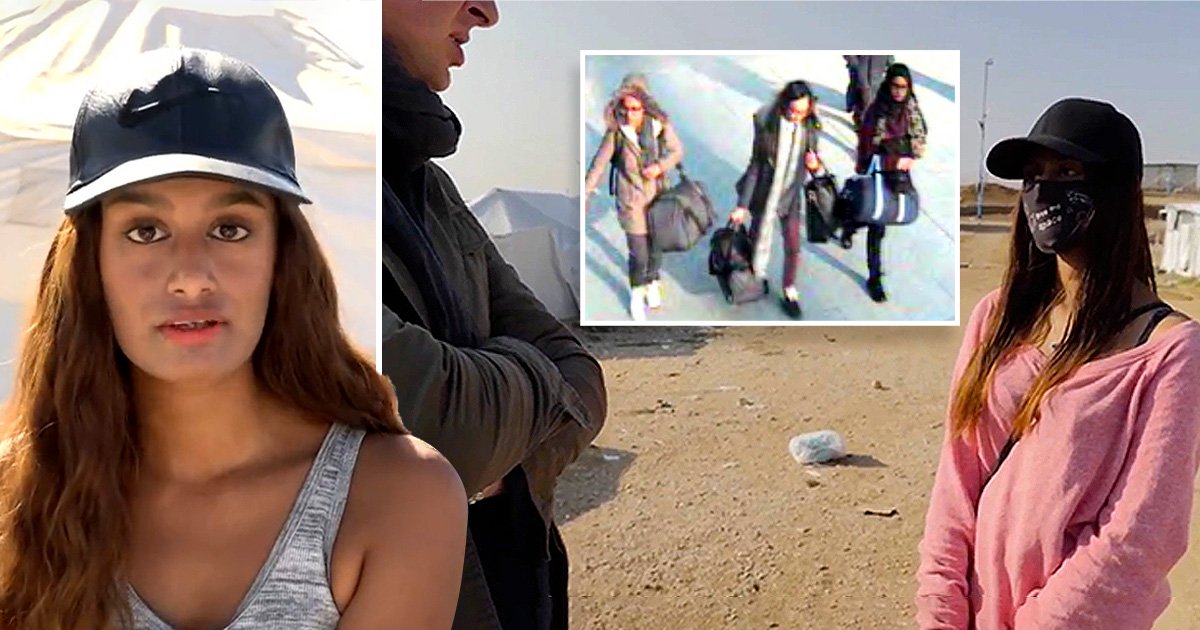 Shamima Begum has insisted she ‘didn’t hate Britain’ when she travelled to Syria to join Isis as a teenager.

In an interview with Sky News, she said she was promised ‘paradise, basically’, but instead found ‘hell, hell on earth’.

She also repeated her denial of accusations that she carried out atrocities as part of the terror group, saying they are ‘all completely false’.

Begum said she has ‘hopes and dreams’, but no plan B if the British citizenship of which she has been stripped is not reinstated.

She told the broadcaster: ‘I’m willing to fight them in a court of law but I’m not being given a chance.’

Of her decision to leave the UK as a teenager, she said it was not made quickly and that it was something she ‘thought about for a while’ following months of grooming.

She said: ‘I didn’t hate Britain, I hated my life really.

‘I felt very constricted, and I felt I couldn’t live the life that I wanted in the UK as a British woman.’

Begum remains in the al-Roj refugee camp in Syria, which she said has become ‘more scary’ to live in.

She said: ‘For a long time it wasn’t violent but for some reason it’s become more scary to live here.

‘Maybe the women have got tired of waiting for something.’

She said she would like to reconcile with her family ‘when the time is right’, explaining that: ‘I don’t think they failed me, in a way I failed them.’

Begum has previously told how she married Dutch convert Yago Riedijk 10 days after arriving in IS territory, and had three children all of whom died.

She said when she goes to sleep she thinks of ‘my children dying, the bombings, the constant running, my friends dying’.

Cris Cyborg looks back at Amanda Nunes loss as blessing in disguise: ‘It opened a door for other things’