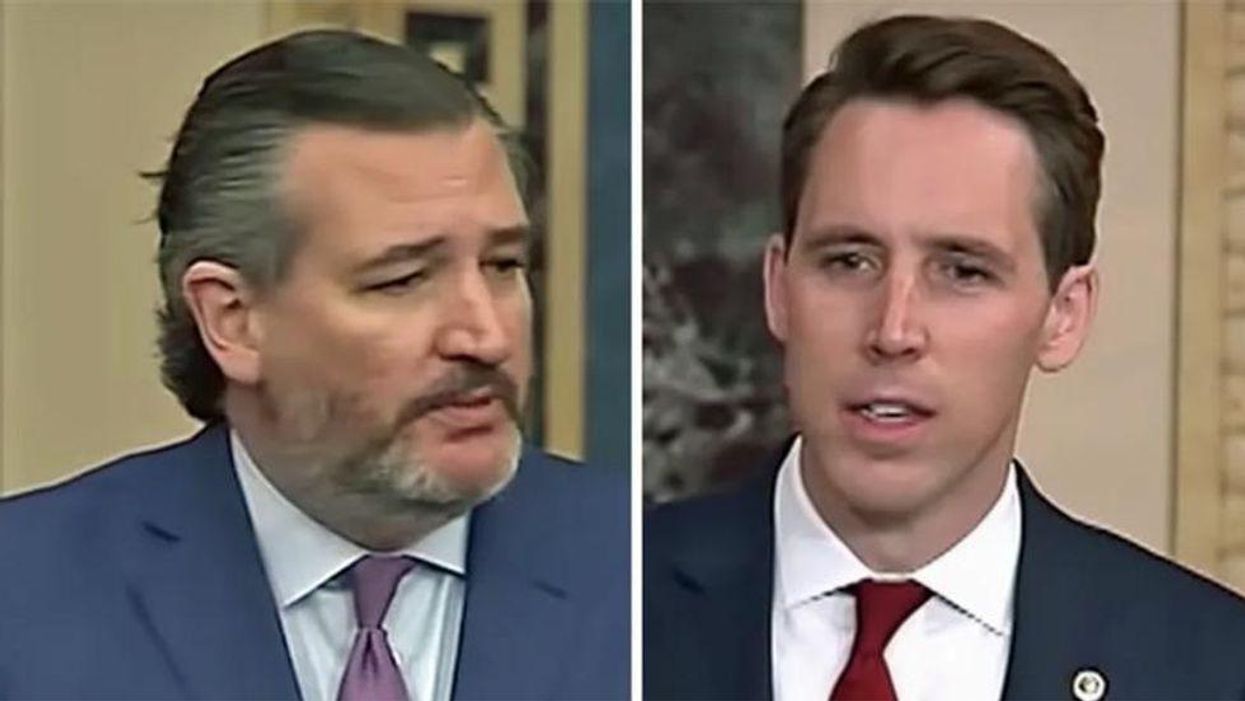 Sens. Ted Cruz (R-TX) and Josh Hawley (R-MO) say they haven't been contacted by ethics investigators for their roles in the Jan. 6 insurrection, but the Democratic senator who filed a complaint says the probe is still still moving along.

The Senate ethics committee typically moves at a glacial pace, but the two senators who voted against certifying President Joe Biden's election win after Donald Trump supporters violently mobbed the U.S. Capitol told Politico the panel has not contacted them in any way.

But Sen. Sheldon Whitehouse (D-RI), who led the complaint against the GOP senators, said he would have heard by now if the committee was going to dismiss his allegation that Cruz and Hawley "made future violence more likely" by siding with the insurrectionists.

"If there's no merit to it, they dump it and let everyone know," Whitehouse told Politico. "That hasn't happened, and we would know that. Presumably we are through that. As far as I know, it is still ongoing. None of the public signals that it's not ongoing have been sent."

The Senate ethics committee, which is led by Sen. Chris Coons (D-DE), who had called on Cruz and Hawley to resign, and ranking Republican Sen. James Lankford (R-OK), who changed his mind and certified Biden's win after the riot, but the panel's members have sworn themselves to secrecy on all the panel's workings.

"They're very, very, very scrupulous about not talking about it," Whitehouse said. "That's like rule one, so I don't expect to hear and I do hope that they're doing their job and their due diligence, seeking records and conducting interviews and doing all those things. I've run plenty of investigations and I don't want to second-guess how the ethics committee investigators are pursuing this."

READ: Ted Cruz downplays Capitol riot he helped provoke: 'Peaceful support for a political party different from that in power'

Metaverse property sales are accelerating as investors stake out virtual land in the potentially $1 trillion market. Here are 3 recent examples that have sold for eye-popping amounts

Japanese Nuclear Weapons? Washington Was Right To Stop It