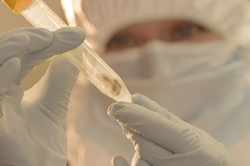 
‘Plague sceptics' are wrong to underestimate the devastating impact that bubonic plague had in the 6th- 8th centuries CE, argues a new study based on ancient texts and recent genetic discoveries. The same study suggests that bubonic plague may have reached England before its first recorded case in the Mediterranean via a currently unknown route, possibly involving the Baltic and Scandinavia.