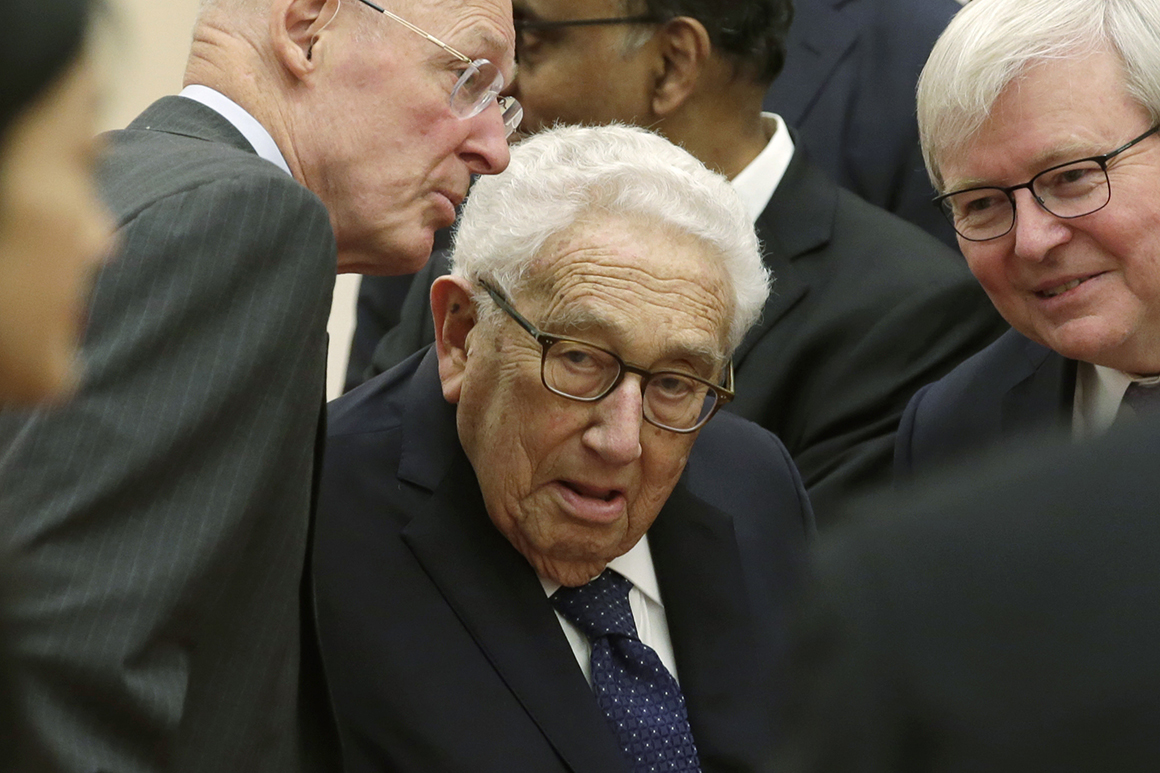 Former Secretary of State Henry Kissinger said Sunday that even though China continues to covet Taiwan, he doesn’t expect China to launch an invasion of the island.

“I don't expect an all-out attack on Taiwan in, say, a 10-year period, which is as far as I can see,” Kissinger said on CNN’s “Fareed Zakaria GPS.”

Discussing President Joe Biden’s virtual summit last week with President Xi Jinping, Kissinger noted that the situation surrounding Taiwan is one that hadn’t changed much since he and President Richard Nixon established a connection with China in the early 1970s.

“I believe that the ultimate joining of Taiwan and China, the ultimate creation of one China, is the objective of Chinese policy,” Kissinger told Zakaria, “as it has been since the creation of the current regime and that it probably would be in any Chinese government since Taiwan has been considered a historic part of China that was taken away by Japan, by force. That was exactly the situation Nixon and I faced when we first began contact with China.“

Kissinger said Biden was hamstrung entering the virtual summit by domestic political constraints — “Everyone wants to be a China hawk” — but said he saw evidence that Biden was attempting to steer the U.S.-China relationship in a more productive direction.

“I think Biden began to move in a direction of a different tone. That does not mean it is yielding to China; it is to try to find a level in which we can talk about those things that are known to be common,” said Kissinger, who, at age 98, is the co-author of a new book, “The Age of AI: And Our Human Future.”

Nixon surprised the world by visiting China in early 1972, the first American president to do so since Mao Zedong had established a Communist government there in 1949. Nixon’s visit was preceded by secret visits by Kissinger, then-Nixon’s national security adviser, in 1971. "We have come to the People's Republic of China with an open mind and an open heart," Kissinger told Zhou Enlai, China's prime minister, in their meeting July 9, 1971.

“When I first went to China, it was a poor and weak and very assertive country,” he said. “Now it is a fairly rich, quite strong and still fairly assertive country. But our challenge then and our challenge now is to find the relationship in which we can compete without driving the situation into a holocaust. And that is a big challenge for both leaders.”

Kissinger added: “The challenge in any conflict is not how you begin it but whether you know how to end it.“

Gambians cast votes with marbles in key test for stability