COPS opened fire at an SUV that plowed through a barrier after mowing down kids enjoying a Christmas parade on Sunday.

Five people were killed and more than 40 have been injured – including 12 kids – in the horror in Waukesha, Wisconsin.

A red Ford Escape was seen on video tearing through the crowds and “sending bodies flying” as families and performers celebrated at the annual holiday event.

Video shows the moment the car plows through a barrier with the sound of cops’ gunfire ringing out as it flees the scene.

Brayden Kowalski, a 19-year-old witness, told Fox News he was with his family when he saw what happened.

'I still felt pregnant...I was in total shock', Jorgie Porter on her miscarriage

‘SWERVING BACK AND FORTH’

Members of the Milwaukee Dancing Grannies troupe were marching at the time of the incident and they were among those hit. 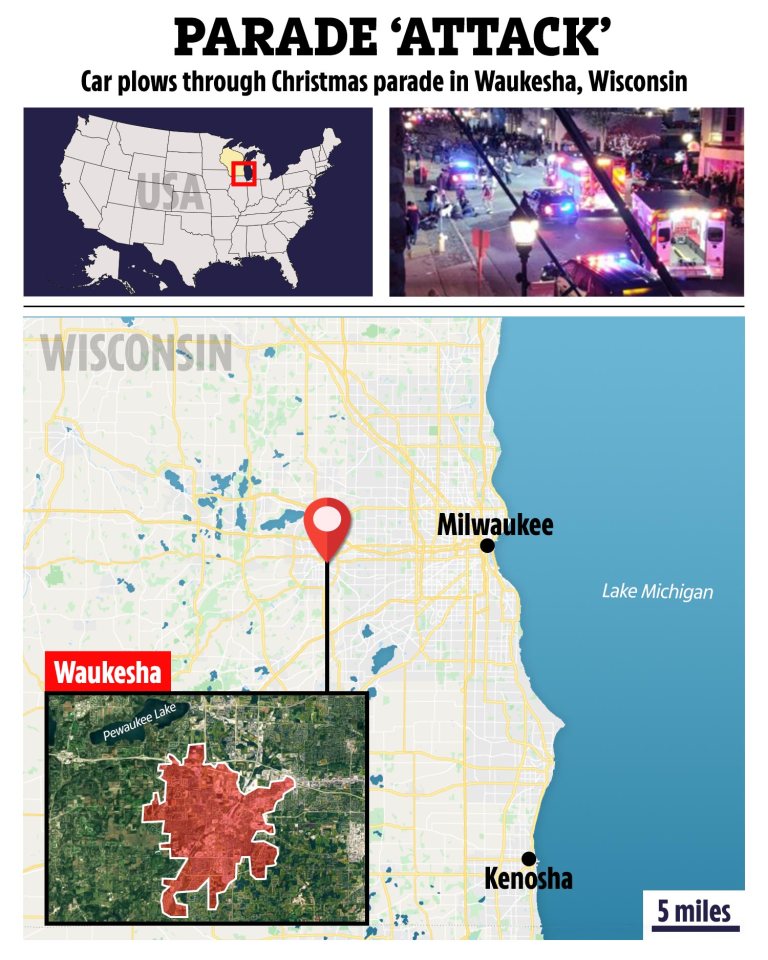 How to use yoga to lose weight: The best poses and practices for shedding pounds

It should never take more than one disaster