TYSON FURY shared old pictures of himself and Dillian Whyte before their friendship turned sour.

The heavyweights were once training and sparring partners, but have since become enemies.

And their rivalry is close to being settled in the ring for Fury’s WBC title after years of Whyte calling him out.

But it was not always so bitter between the British pair, as the Gypsy King uploaded a series of pictures of them together.

He posted on Twitter: “Funny how people treat you when you are good to them.”

Earlier in the day, Whyte uploaded a picture on Instagram and captioned it: “The coward really doesn’t want any smoke.

“I can’t wait for my moment, it will be a special night.”

Whyte, 33, is the WBC ‘interim’ champion and in turn the mandatory challenger for the title.

The 13 per cent Fury references in his social media dig could be a taunt to what he will offer his rival in negotiations.

If the fight goes to purse bids, the WBC can determine the split depending on the two fighters’ last three fight earnings.

But the legal case Whyte launched against the WBC has actually prevented him from being officially ordered to fight Fury, 33.

The unbeaten champion himself was locked in a lengthy legal dispute this year after he tried to fight Anthony Joshua, 32.

But he failed to get out of his contracted trilogy bout with Deontay Wilder, 36, which he later won in round 11 last month.

Fury sympathises for Whyte but warned he will not go through another drawn out arbitration process.

He told iFL TV: “I thought I was going to be fighting Dillian Whyte but I don’t know what he has going on in his private life with the WBC. 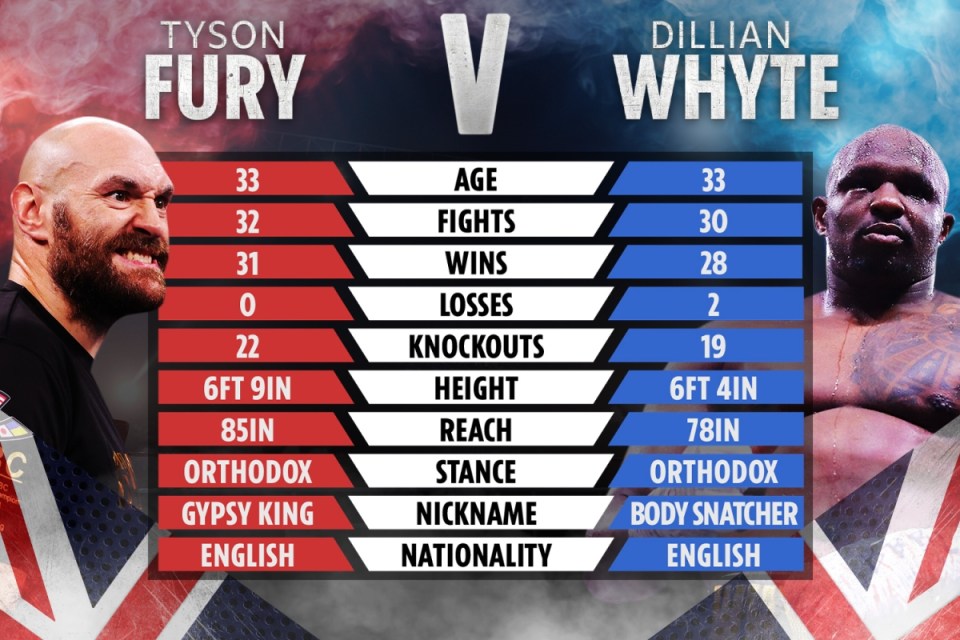 “He has a court case going on and it’s kind of s* because I know how long arbitrations can take because my own one with Deontay Wilder took 18 months.

“I hope he does not get caught in the long grass and I hope I don’t get forced into another fight like a voluntary defence.

“But I don’t care because they are all just work-outs for me, I will destroy them all like I have done all my life.

“It does not matter if it is Dillian Whyte, Dillian Blue or Dillian Grey.

“I am not interested in waiting around for other people, I will be fighting again in February, early March latest, defending my WBC heavyweight world title.”

Did Devils’ P.K. Subban Get Away With (Another) Slew-Foot Vs. Jets?