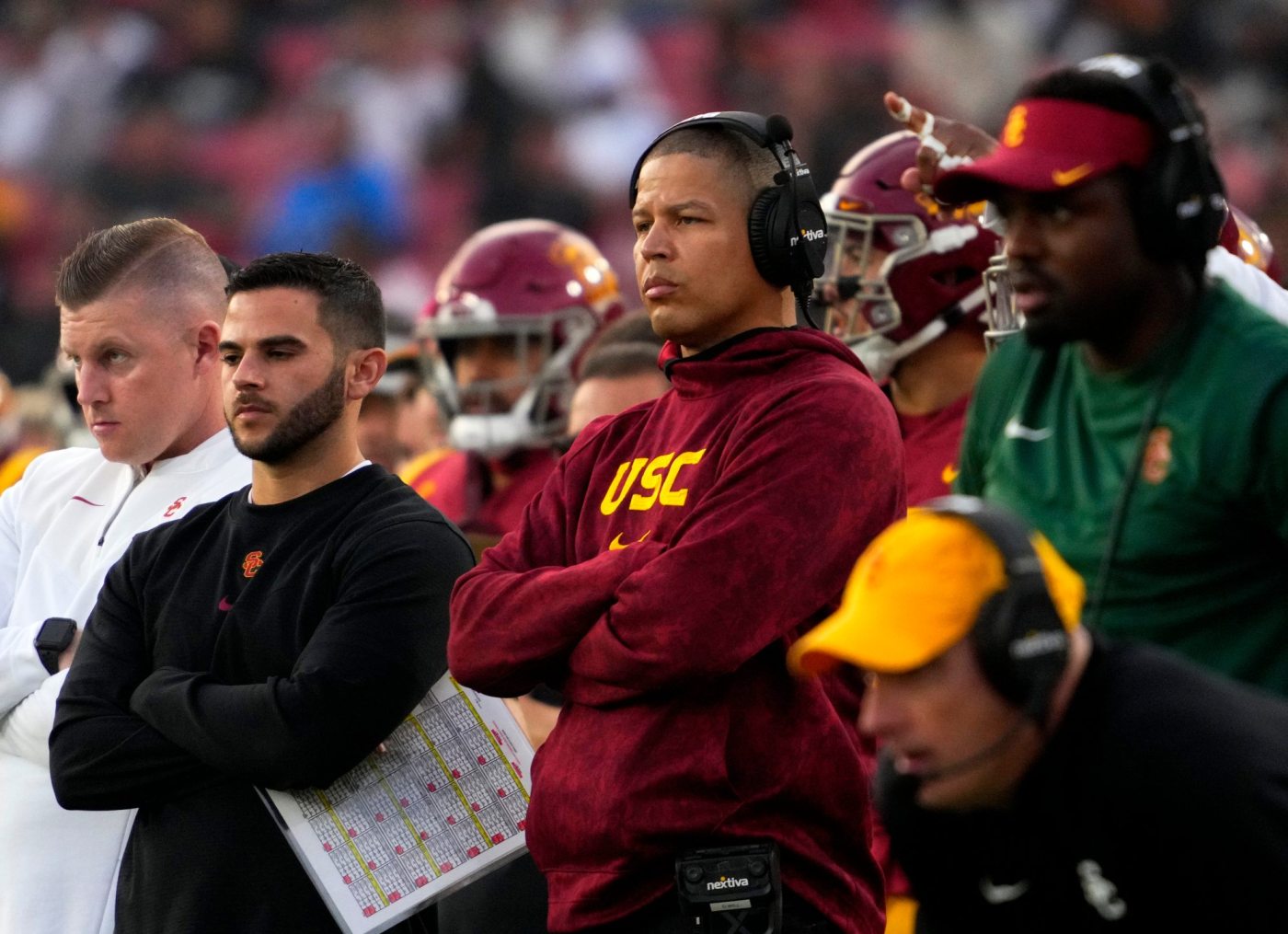 LOS ANGELES — As stunning as the proportions of USC’s 62-33 loss to UCLA on Saturday were, the particulars were familiar to anyone who’s followed the Trojans this season.

A defense that got trampled in the run game. An offense that couldn’t convert red-zone opportunities into touchdowns. Turnovers, penalties, tackles for loss, the lot.

USC hasn’t been immune to bad performances in recent years. But the repeat issues, the failure to correct mistakes, they weigh heavily on the upperclassmen on the roster.

It’s just that 12 weeks into the season, and 10 weeks since Clay Helton was fired as head coach, USC still has no answers.

“If I was hired as the next head coach, maybe I’d have the answer but I have no clue,” center Brett Neilon said “This team’s been through a lot, lots of ups and downs and a lot of stuff behind the scenes. But yeah, it just seems like the only time all three phases came together was Washington State in the second half.”

More troubling, Neilon raised the possibility that this is simply the culture that’s been built at the program.

Changing the culture was a major part of interim head coach Donte Williams’ message when he took over the program in September. He talked of making players take their hats off indoors, and picking up trash in the locker room.

But these off-field habits have had no impact on game performance, and Williams admitted on Sunday that implementing a cultural shift mid-season was no easy task.

“You’d like to have a change, but you make a change right in the middle of the season, things are an obstacle,” Williams said. “You never got the chance to grow in the spring or the summer or fall camp in things in the way you want them to be done. All we can do is continue to try and push forward and change the culture in the right direction.”

It’s hard to blame the Trojans if their eyes starting peeking ahead to the future. Technically, USC can win the next two games and earn bowl eligibility. But that would require defeating No. 13 BYU, a particularly bad matchup for USC given its strong run game.

Even playing at the Coliseum is no comfort after surrendering 225 points in five games to Pac-12 opponents at home this season.

“I don’t know another way to put it, but that’s disgusting,” Williams said, practically spitting out the final word.

After the UCLA game, defensive line coach Vic So’oto told his group to take these bitter memories into the off-season, to not forget this disappointment as they prepare for 2022.