Tottenham boss Antonio Conte stated “we want to change everything” in the post-match reaction to their Leeds victory, while Sergio Reguilon was over the moon at feeling “dead” in the Italian’s demanding system.

Tottenham produced a spirited second-half display to register their first league win under Conte. It was in stark contrast to their first-half performance which saw Sergio Reguilon and Emerson Royal in particular struggle.

Both wingbacks were at fault for Daniel James’ opener, though Reguilon redeemed himself after the break.

Pierre-Emile Hobjerg levelled the scores with a well-placed bobbling effort. Reguilon then showed a poacher’s instinct when gambling Eric Dier’s free-kick might drop back into the danger zone. The woodwork ensured it did, and the Argentine swooped to prod home what became the decisive goal.

Speaking to Sky Sports after the match, Conte said: “In the first half we struggled a lot. Physically, tactically and in our intensity we struggled.

“I think in the second half we changed things and we wanted to play with the same intensity as Leeds.

“Before the game I was a bit afraid to know after three weeks the physical condition of the players – if they’d be able to play for the full 90 minutes with the intensity of the second half.

“I am very pleased, in the second half we deserved to win, we created many chances to score.

“I said to my players this is a point to start. If we want to build on this.

“The feeling of the crowd depends on us. In the first half we didn’t play well, we lost many tackles. Maybe to concede the goal in the last minute of the first half was good. At half-time the players showed me they could win this game.

“We won the game, we deserved to win. We played attractive football and the crowd was with us. We have the confidence, it’s a great feeling. We want to keep changing, we want to change everything.”

Reguilon thrilled to be exhausted 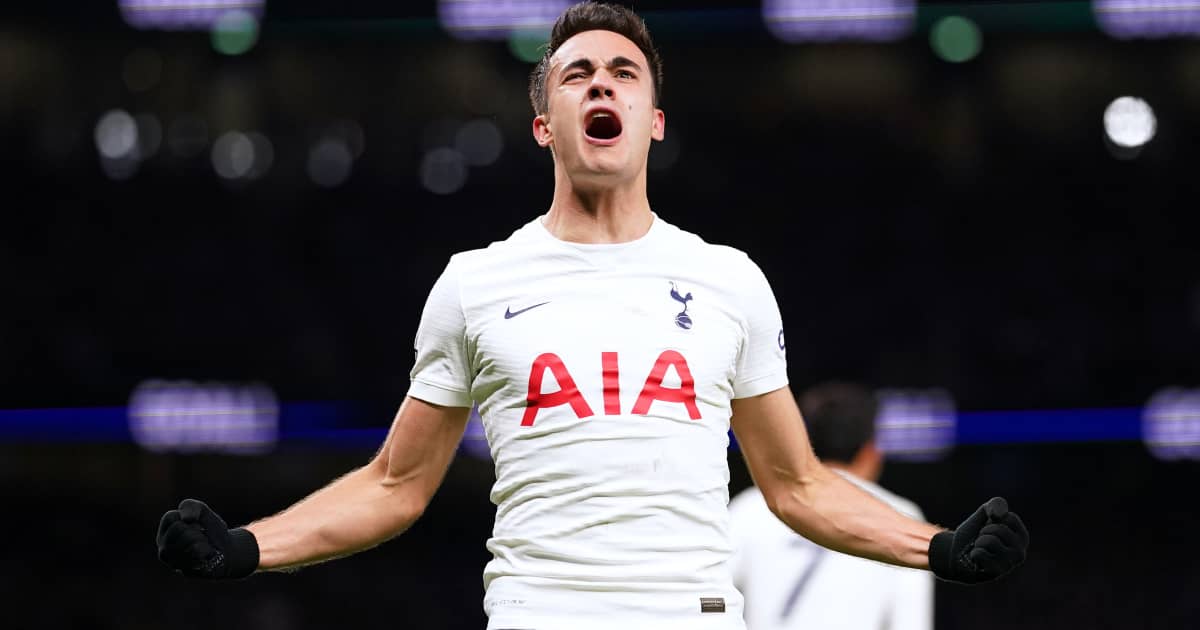 Tottenham match-winner Reguilon also spoke to the press, telling Sky Sports: “I am the most happy in the world. It’s my first goal in the Premier League and we get three points. Now we continue.

“When we attack, I have to have the mentality of the striker, that’s what the manager wants. Now, I feel dead, but I am also so happy as well.

“At half-time the gaffer told us to go man for man with extra effort. We gave it everything. This is the way now.

“Our mentality is like a big team. We get the three points.

“The players, we know we needed to give more [in the second half]. We focused on the game and kept going.”