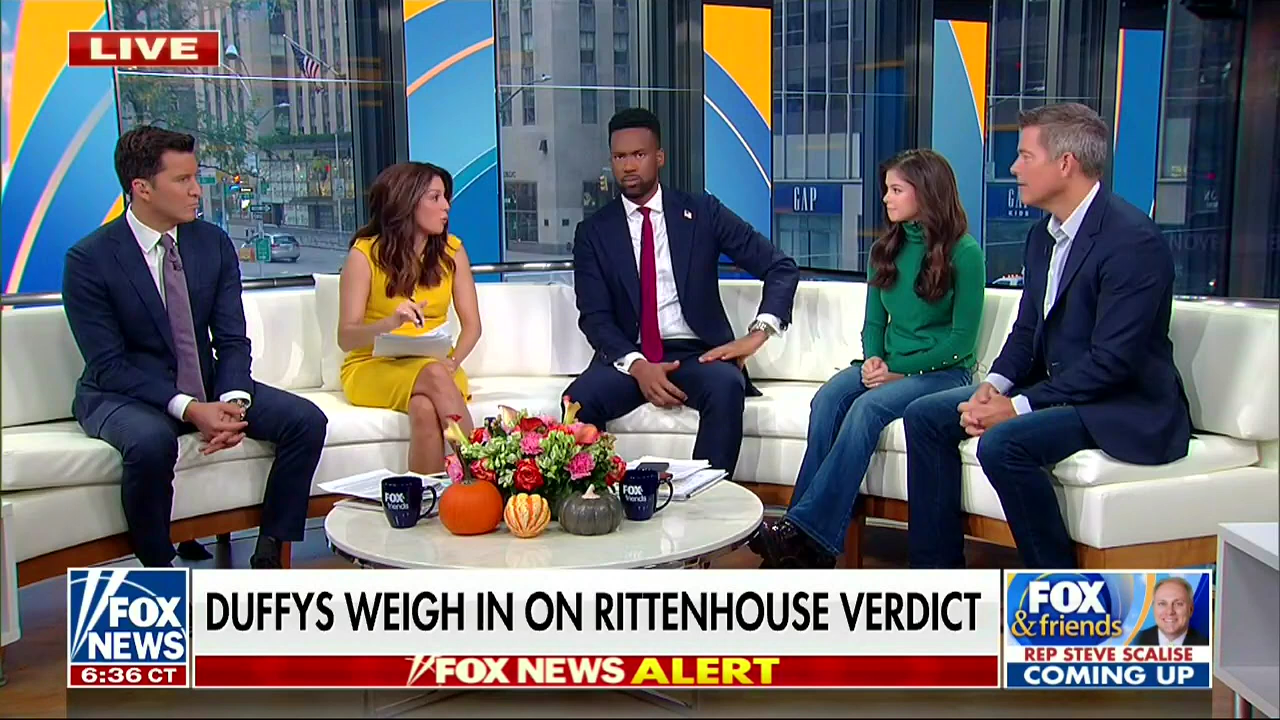 Former reality TV star Rachel Campos-Duffy had on another reality TV show star, Sean Duffy, on to discuss the murders committed by Killer Kyle Rittenhouse. Just to make sure that the Duffy Klan was well represented, they also brought on their eldest daughter, Evita Duffy. Mini-Duffy's claim to fame is being the editing manager of the Chicago Thinker, a right wing propaganda tabloid polluting the University of Chicago. Mini-Duffy was just so coincidently in Kenosha on the nights of the protests last year, with her armed boyfriend, at Momma Duffy's request.

It didn't take the Duffy Klan long to get right into the GQP/Trumpian talking points, and blaming Wisconsin Governor Tony Evers for Killer Kyle's sociopathic behaviors:

Mini-Duffy: Yeah. so, I was there, I'm only 22. It was nothing like I have ever seen before in my life. It was like a third world country. The place was inflamed. Governor Tony Evers did not send enough help to Kenosha that night. And for three nights, actually, he let the city burn. So people were left to fend for themselves. When I was there, I saw people with baseball bats and pistols and shotguns. Anybody could have been Kyle Rittenhouse that night. In fact, when I went with my fiance, he was armed. Everybody was armed.

Mama Duffy: I didn't let you go to Kenosha without him, and without him armed.

The Virtual Terrace • Should we be concerned about our players next season?