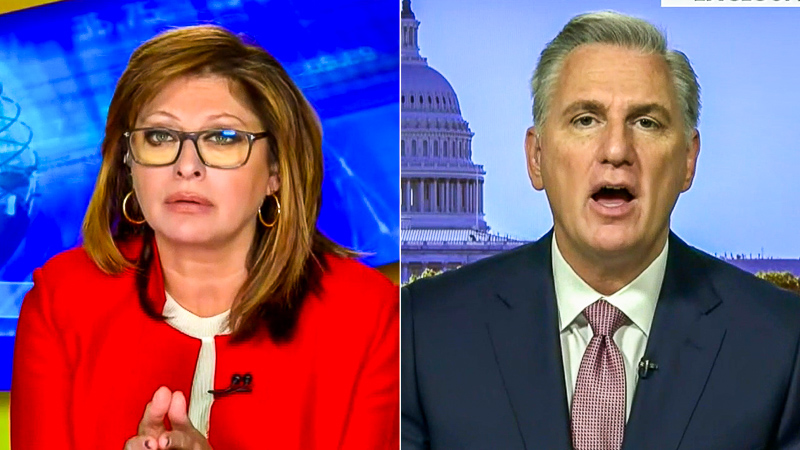 House Minority Leader Kevin McCarthy (R-CA) on Sunday complained that Democrats had heckled him during his 8-hour floor speech.

While speaking to Fox News host Maria Bartiromo, McCarthy explained that he had given the lengthy speech to prevent Democrats from passing President Joe Biden's Build Back Better agenda.

"The amount of heckling that they would try to do to stop me from being able to talk," the GOP leader recalled. "But what we really found, Maria, with one-party rule in one year, this big government socialism isn't working."

Bartiromo wondered if the heckling empowered McCarthy to extend the length of his floor speech.

"When I got on the floor, what was so interesting was how bad they were fighting back with every word I would say," McCarthy explained. "It was AOC and Tim Ryan. Those were the ones who would yell the loudest. And here's Tim Ryan who used to be the alternative to Nancy Pelosi, who had partnered to become this big government socialism and they would scream from the other side trying to shut me down."

While McCarthy is concerned about "heckling" on the House floor, he has also refused to participate in an investigation of the Jan. 6 attack on the U.S. Capitol.

Afghans lodging most asylum applications in the EU