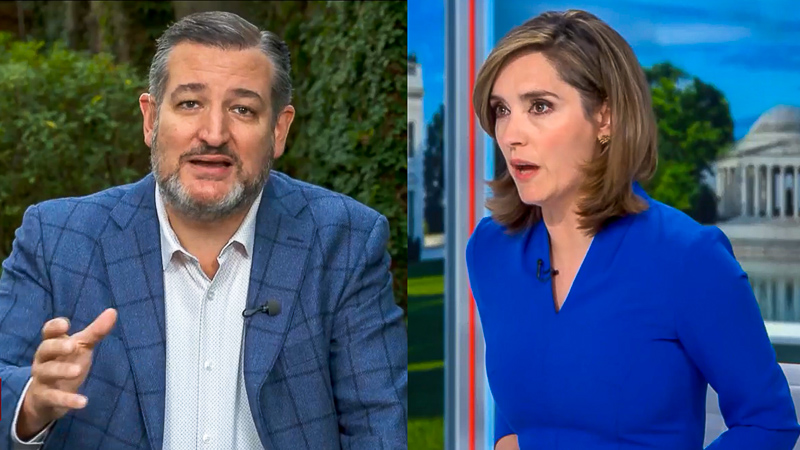 CBS host Margaret Brennan reminded Sen. Ted Cruz (R-TX) on Sunday that there is "no evidence of fraud" that would overturn the 2020 election.

During an interview on Face the Nation, Brennan asked Cruz about reports that he had spoken to former President Donald Trump on Jan. 6.

"You knew there was no congressional authority to overturn the election," the CBS host noted. "Didn't indulging the doubters damage our democracy and our standing in the world?"

For his part, Cruz said that he was unaware of media reports claiming that he had spoken to the then-president on the same day that the U.S. Capitol was attacked.

The senator went on to claim that he had a "responsibility" to object to the certification of electoral votes and "to review the claims of voter fraud."

"You know what you're laying out is an intellectualized argument here is not what people gathered and chanting things like Mike Pence were talking about," Brennan pointed out. "You know that."

Cruz agreed that the violence on Jan. 6 was "horrific" and should be prosecuted. But he continued to insist that Republicans could have overturned the election by appointing an electoral commission.