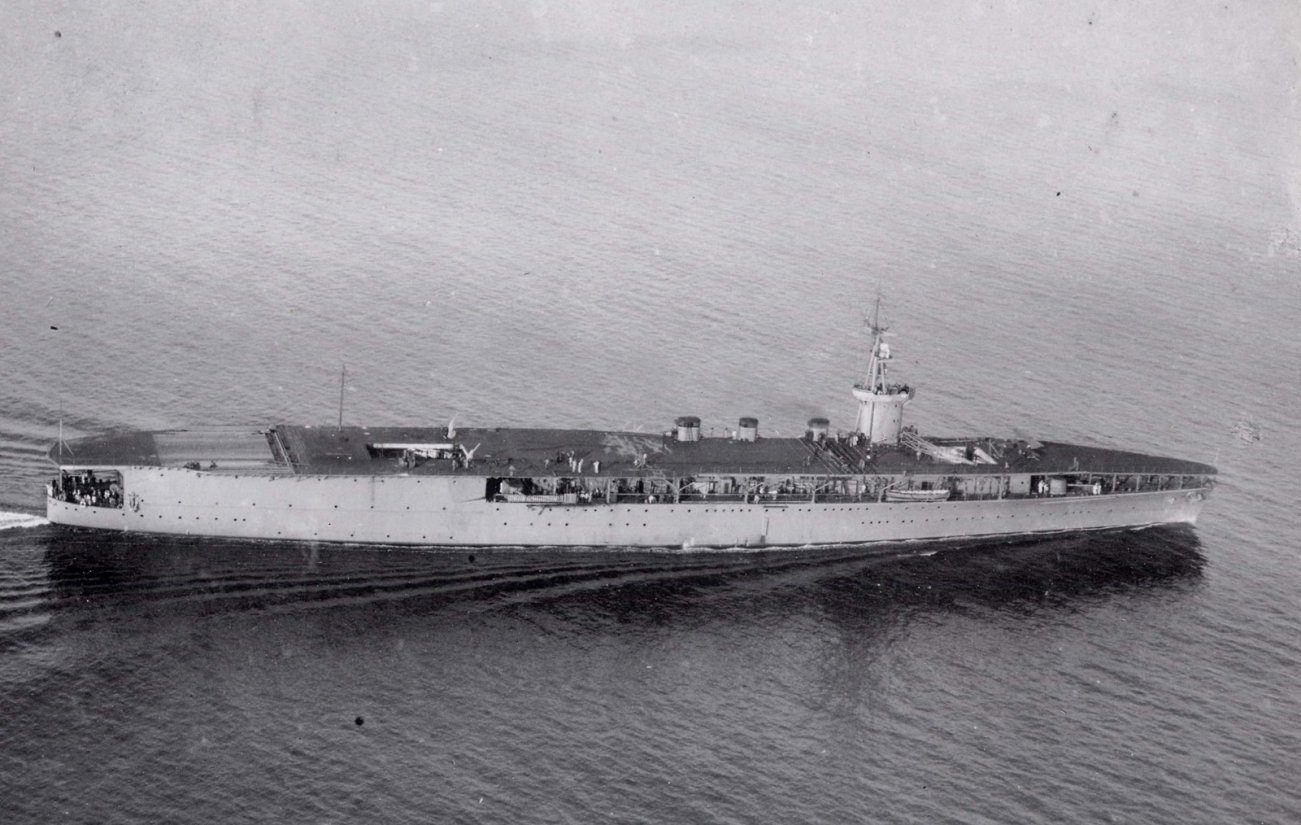 It isn't who you'd think it would be.

Here's what you need to remember: The honor actually goes to the IJN Hōshō, which was originally planned as a tanker named the Hiryu. However, the Japanese military saw the potential of the aircraft carrier and rushed construction. The Japanese ended up beating the British to the finish line and could take credit for completing the first purpose build carrier.

Today the aircraft carrier remains the most powerful capital ship in any navy, and they're unlikely to sail into the sunset anytime soon.  For 100 years these ships have been much more than just floating runways and it goes back to the USS Birmingham, or the USS Pennsylvania or the HMS Hermes.

Each of those ships played a crucial role in the evolution of the carrier – but the ship that deserves the credit as the first true purpose-built aircraft carrier was the Imperial Japanese Navy's Hōshō. However, the story is a bit more complicated.

This is because the Hōshō wasn't the first carrier if you consider the first ship to launch an aircraft.

That honor actually goes to the Austro-Hungarian Navy's Ship of the Line SMS Vulcano, which acted as a "balloon carrier." These weren't actually manned balloons, however, but rather incendiary balloons that were launched against the city of Venice during a rebellion in 1848. That event marked the first offensive use of naval aviation.

It would be more than a half-century when a temporary wooden platform was turned into a flight deck on the stationary cruiser USS Birmingham (CL-2). On November 14, 1910 aviator Eugene Ely flew a Curtiss airplane from the platform, which had been erected at the ship's forecastle – marking the first time an airplane was launched from a warship. However, the aircraft was unable to actually land back on the cruiser.

Ely was once again at the controls when he made the first deck landing on another temporary wooden platform that was constructed at the anchor of the USS Pennsylvania (ACR-4) on January 18, 1911. This also marked the first use of a tail-hook assisted landing system.

Aircraft carrier development, along with special aircraft to take off and land on the ships, continued during the First World War, and this included the Royal Navy's HMS Furious, which had its forward gun replaced with the flight deck. With further modifications, it became the first true aircraft carrier – and was the first to launch aircraft at sea while underway.

It wasn't until 1918 that the British began construction of the HMS Hermes, which was laid down in early 1918 as the first ship to be specifically designed to serve as an aircraft carrier and the first to feature an island superstructure. HMS Hermes would define the carrier for the next 100 years – yet it still wasn't the first purpose built-carrier.

That honor actually goes to the IJN Hōshō, which was originally planned as a tanker named the Hiryu. However, the Japanese military saw the potential of the aircraft carrier and rushed construction of the Hōshō – roughly translated its name is "Phoenix flying," fitting for a carrier. The Japanese ended up beating the British to the finish line and could take credit for completing the first purpose build carrier.

Yet, the Japanese weren't able to get there alone. The IJN had some help from the British and this included a technical mission that aided in the construction. More importantly, the British faced material and labor shortages during the final year of the First World War.

The Hōshō differed from the carriers to come. She had a small command tower, and six small funnels protruding to the port and starboard and these could be raised or lowered so that smoke would not interfere with the launch or recovery of aircraft. There was no catapult and the narrow flight deck could only accommodate a few aircraft.

The basic design would be used for other Japanese carriers including the Akagi, Kaga, and Ryūjō, but unlike those ships, which were all sunk during the Second World War, the Hōshō survived the war. She had been used in the attack on Pearl Harbor and was present at the Battle of Midway in a secondary role. At the end of the war, the Hōshō served as a transport to return military personnel to Japan. She was scrapped in 1947 – an unfitting end to the first true purpose-built carrier.

This piece first appeared earlier and is being republished due to reader interest.

Biden gets it (mostly) right on democracy summit