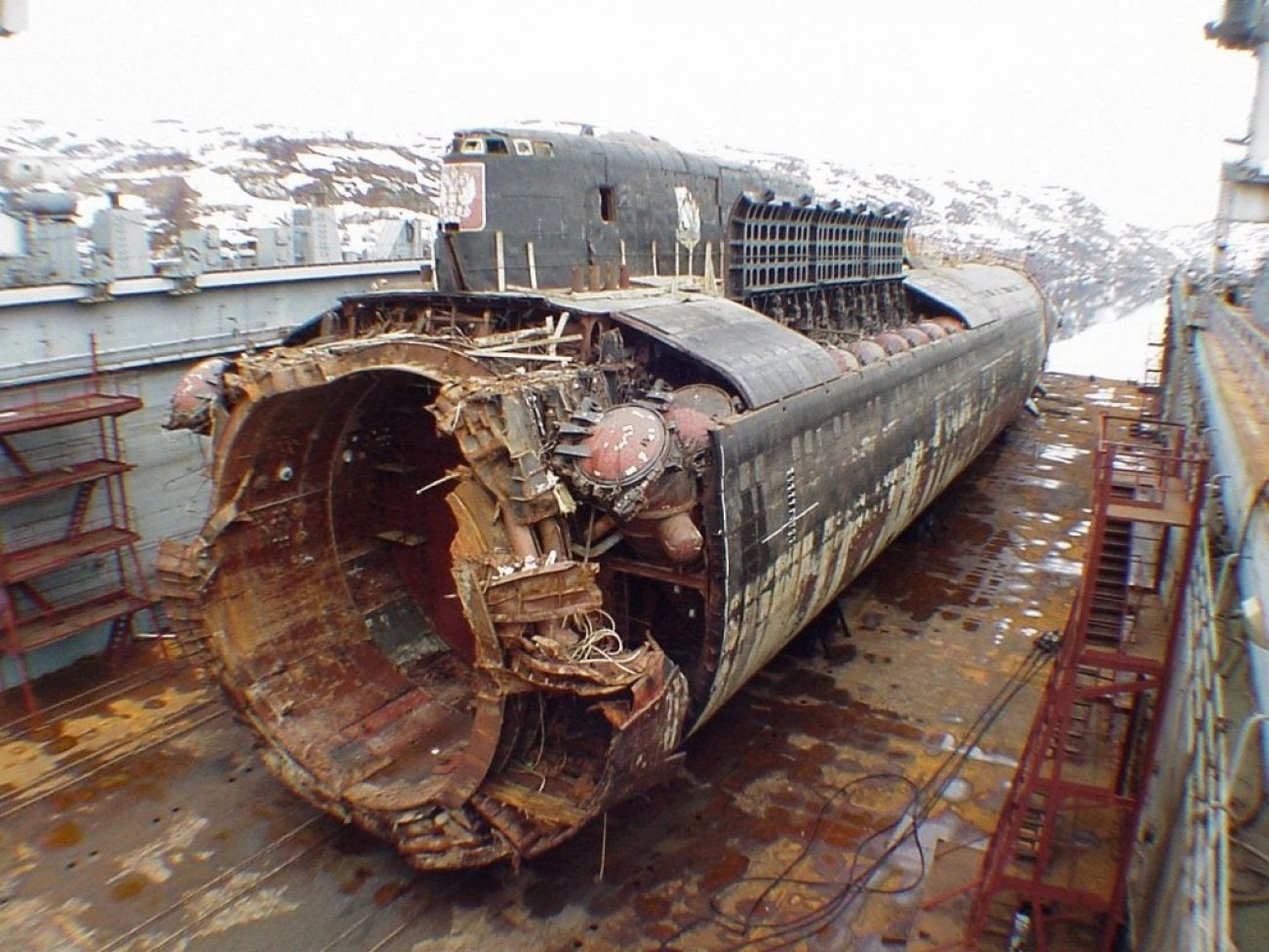 Here's What You Need to Know: While some of the accidents could be blamed on the lax safety features of Cold War-era Soviet submarines, since 2000 the Russian Navy has also seen several submarine disasters, including some in port.

In July 2019, 14 Russian sailors were killed when a fire broke out on a secret Russian submarine. The boat was identified as Losharik (AS-12), a nuclear-powered submarine that is widely believed to be a key asset for the Russian Main Directorate of Deep-Sea Research, also known as GUGI.

“On July 1, 14 submariners—sailors—died in Russian territorial waters as a result of inhaling combustion products aboard a research submersible vehicle designated for studying the seafloor and the bottom of the World Ocean in the interests of the Russian Navy after a fire broke out during bathymetric measurements,” read a translation of the statement from the state-controlled TASS news service.

There is no denying that it takes a special type of sailor to volunteer to serve aboard a submarine. You literally live underwater in a steel tube for weeks—sometimes months—on end. You need to get used to foul air, a lack of sunlight and very tight quarters; and then there is the fact that the steel tube could all too easily become a watery metal tomb!

Since the American Civil War, when the Confederate Navy launched the first successful military submarine, the CSN Hunley, submariners have known the risk. Even using the word “successful” in the same sentence with the Hunley is questionable as it succeeded in its attack, but 21 crewmen were lost in three sinkings of the boat. Many more submarine crews would face a similar fate.

The Soviet and later Russian Navy have unfortunately seen more than their fair share of modern submarine disasters. So much so that a line at the end of the film The Hunt for Red October, based on the book of the same name seems almost ominous when the American National Security Advisor questions his Soviet counterpart, “you mean you lost another submarine.”

Sadly, the Soviet Navy did lose a number of submarines during the Cold War. Among these was S-80, a diesel-electric submarine that sank in an accident in the Barents Sea. It dropped below its snorkel depth and because its de-icing system was off the vessel, it quickly flooded and sank to the sea floor with 68 crew members.

In January 1962, the Soviet B-37 exploded after a fire broke out in its torpedo compartment while it was docked at the Northern Fleet’s base in the city of Polyarny. The explosion killed 122 sailors including those from the B-37, but also the S-350 submarine tied up next to it, which was badly damaged as well. Several men from other ships and the shipyard were among those who lost their lives due to the horrible accident.

The diesel-powered submarine K-129, part of the Soviet’s Pacific Fleet, was lost approximately 2,890 kilometers northwest of Hawaii after it was believed to have slipped below its operating depth, which resulted in flooding. Other theories suggest it suffered a hydrogen battery explosion or collided with the USS Swordfish, but whatever the cause, its wreck has never been found—while reports suggest the U.S. Navy may have recovered parts of the submarine.

On April 12, 1970 the K-8, a Project 627A Kit­-class (NATO: November) nuclear-powered submarine sank after a fire broke out in its engine room. It was actually the second fire, as a first one resulted in the crew abandoning ship. After a rescue vessel arrived the crew attempted to regain control of the submarine, which sank in heavy seas due to the second fire while the boat was being towed—killing 52 sailors.

A total of 42 out of 69 crew members were killed aboard the K-278 Komsomolet, which was one of the highest performance submarines ever built. It had an operating depth greater than 3,000 feet, but sank on April 7, 1989 after a fire broke out on board. While only four died of a direct result of the fire, the rest were killed from exposure and more would have been saved if the Soviet Navy had mounted a rescue operation sooner.

While some of the accidents could be blamed on the lax safety features of Cold War-era Soviet submarines, since 2000 the Russian Navy has also seen several submarine disasters, including some in port. Among the first was also one of the worst, when in August 2000 the nuclear-powered Kursk sank in the Barents Sea due to an explosion in its torpedo room, which killed all 118 of its crew. The Kursk’s wreckage was recovered and the accident was ultimately traced to the Type-65-76A torpedo. Though the weapon is powerful enough to destroy an aircraft carrier with a single hit, the Soviet Union inexplicably designed the torpedo to run on hydrogen peroxide fuel, which is highly volatile and requires careful handling. The crew had not been adequately trained to handle those weapons.

Nine crew members were killed in August 2003 on the K-159, a nuclear-powered submarine that sank in the Barents Sea during a storm, while it was being towed to a harbor to have its nuclear reactors stripped when the storm broke out. Three years later a fire aboard another nuclear-powered submarine Daniil Moskovskiy broke out in the mechanics room and killed two sailors.

The deadliest submarine disaster since the Kursk occurred on November 8, 2008 when 20 sailors and shipyard workers were killed and 20 more injured. This happened aboard the K-152 Nerpa when the fire extinguishing system was accidently activated, which caused mass suffocation.

In December 2011 and again in September 2013 a number of sailors were injured in separate accidents at shipyards. The first in 2011 occurred aboard the nuclear submarine Yekaterinburg in the city of Murmansk when a blazing fire burned for nine hours, with flames reaching 10 meters in height! Another fire broke out on the nuclear submarine Tomsk at the shipyard in the far eastern city of Vladivostok, injuring 15 sailors.

This article first appeared in 2020 and is being republished due to reader interest.