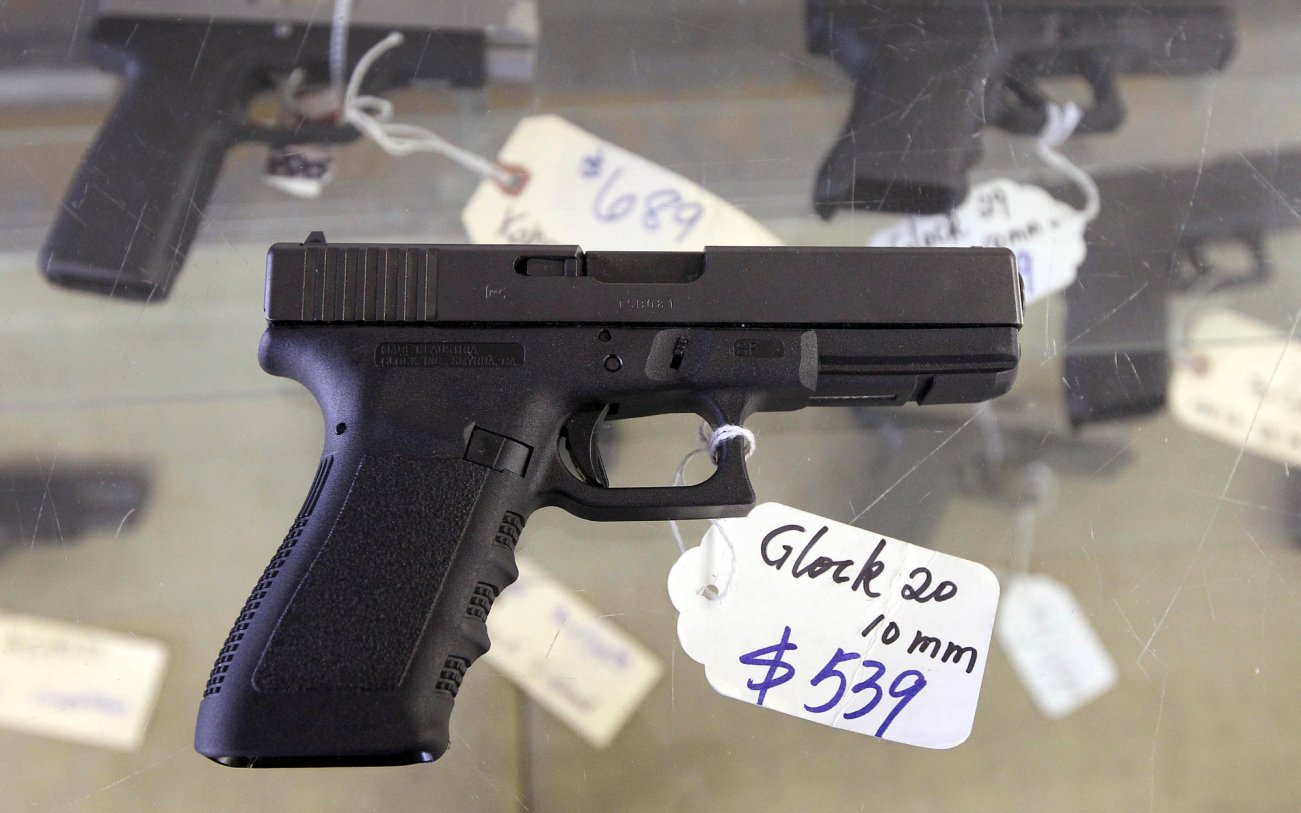 This is a pretty heavy pistol at two pounds with a loaded magazine. The Glock 20 is also a little longer and thicker than the rest of its little brothers.

Here's What You Need to Know: This pistol can for sure be a tack driver if you’re good enough. Performance under twenty-five yards is excellent.

The 10mm round can be somewhat of an unknown for new or casual shooters. It’s a little more “exotic” to those accustomed to the typical 9mm and .45 ACP cartridges. I don’t really even have many 10mm firearms lying around my safe. But what is it? Consider it the bigger, badder version of a .40 S&W. But that doesn’t necessarily mean it's better.

Whichever way you go, Glock has you covered. For now, I’m focused on one specific model: the Glock 20, a full-size 10mm pistol. Is it really the best bang for your buck or just another gun going to the wayside?

The looks of this weapon are classic, boxy, and simple. No frills are to be found here. Its weight and dimensions, however, are a different story. This is a pretty heavy pistol at two pounds with a loaded magazine. It’s not something I’m particularly fond of, but I’m not complaining too much, especially when we consider the recoil (more on that later). The Glock 20 is also a little longer and thicker than the rest of its little brothers.

The size and weight don’t inspire me to carry it around too much. I almost always opt for a smaller and lighter option. You can definitely conceal it if you want to, but it’s just not my style. I can’t argue with that stopping power though. 10mm moves considerably faster than .40 meaning it’s really going to wallop whatever you’re shooting at. If you’re into carrying a full-sized pistol, you can’t really go wrong with a Glock 20.

The one thing that holds me back is the recoil, It’s got more power, but heavier kick is just something that comes with that territory. It’s by no means unmanageable, but it’ll take some time to adjust to if you’re not out there shooting larger pistol calibers pretty frequently. The weight of the pistol definitely helps dampen this to some extent and the Glock 20 is still a pleasure to shoot despite its strong recoil.

This pistol can for sure be a tack driver if you’re good enough. Performance under twenty-five yards is excellent. Out past that and you’re really getting into super skill-based territory, but it’ll do the job if you know what you’re doing. After all, accuracy is usually limited by the person behind the gun, not the gun itself.

I’m pretty lukewarm when it comes to 10mm. I’m just not particularly enamored with it, but the Glock 20 does it justice. It can be a viable carry gun with great stopping power (10mm has been called a bear killer), but some might be scared off by the recoil. Either way, I thoroughly enjoyed my time with the Glock 20, but it wasn’t a handgun that absolutely blew me away. You can usually find it for less than $600 and it might be worth it if you like Glocks and are interested in 10mm.

Richard Douglas writes on firearms, defense, and security issues. He is the founder and editor of Scopes Field, and a columnist at The National Interest, 1945, Daily Caller, and other publications.

This article first appeared in October 2021 and is being republished due to reader interest.

Over one-third of gig workers say they have felt unsafe on the job, and nearly one-fifth have experienced sexual harassment

Shorthanded Nuggets Get Two Players Back