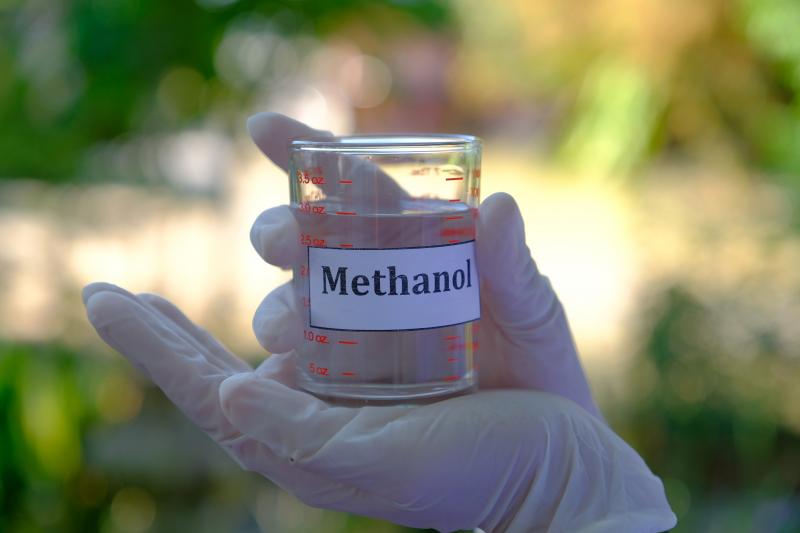 Impact Analysis of COVID-19 on the Methanol Market

The coronavirus outbreak has brought drastic changes in terms of methanol demand, supply chain, import export, and availability of labors and raw materials. All these factors have resulted in considerable revenue loss and decline in demand from end-use industries such as automotive, construction, chemicals, appliances, electronics, and others. For instance, in automotive sector methanol is widely used in the manufacturing of safety glass laminate, fuses, light lens, polyurethane dashboard foam, automotive paints, and others. However, the demand for automotive vehicles was negatively impacted owing to lockdown imposed across various countries and reduced spending on the purchase of non-essential goods. Similarly, in chemicals industry where methanol is used for the production of acetic acid for fleece, paints, and adhesives has experienced negative impact owing to delay in the availability of these raw materials, import-export, and travel restrictions. Also, the social distancing norms imposed by various countries to prevent the spread of COVID-19 virus have led to shortage of labors and closure of production units.

Various government initiatives and growing focus on exploring the use of methanol for electric mobility and heavy-duty commercial vehicles are helping the manufacturers to recover from the chaotic situation. For instance, as stated on January 18, 2021, in the Department of Science & Technology, that promotes science and technology by inculcating various programs and organizing different activities, the Indian government has formed methanol economy research programme (MERP) which will contribute to the economic development of India. Under this initiative, the use of methanol and Dimethyl ether (DME) to curb the imports and to meet the energy demand in India is being studied. In addition, methanol can be blended or substituted with petrol and diesel that has very low nitrous oxide and carbon emissions is estimated to drive the methanol market growth.

Methanol is widely available fuel with lowest carbon, sulfur oxide, nitrous oxide, and particulate matter emission rates. The methanol market demand for its use as a marine fuel is growing across the world as it is safe liquid fuel, miscible in water, and can efficiently work with existing engine technologies including dual fuel or drop-in. Methanol is a versatile fuel as it can be produced from different feedstocks such as natural gas, coal, and biomass that makes it a clean and sustainable fuel. Hence, the use of methanol is clean and sustainable fuel that can replace the gasoline-based fuels that have high carbon emission rates. The production of methanol from renewable feedstocks such as waste or carbon dioxide becomes a net carbon-neutral fuel that can help in lowering the emission of toxic greenhouse gases.

However, high formaldehyde emissions associated with the use of methanol which are carcinogenic are affecting the methanol market growth. In addition, the presence of alternative fuels such as gasoline, ethanol, natural gas, propane, and others are the possible substitute products to affect the methanol market demand.

Increase in the use of methanol for various applications such as in chemicals industry, automotive manufacturing, medical equipment, and appliances is estimated to boost the methanol market share during the forecast period. For instance, in chemicals industry methanol is used for production of acetic acid used for making adhesives and paints. It is also used for production of formaldehyde that is used in medium-density fiberboards (MDF) and plywood. In day-to-day life, methanol is used for manufacturing of various appliances such as disinfectants, aerosols, plastic bottles, fragrances, fertilizer, decorative laminates, and others. Similarly, in medical equipment industry, methanol finds applications in manufacturing of gloves, apron, medical gowns, masks, and others. All these end-use industry applications are estimated to drive huge opportunities for methanol market growth.

The global methanol market is segmented based on feedstock, end-use industry, and region.

The feedstock segment is further classified into coal, natural gas, and others. Among these, the natural gas sub-segment is anticipated to have a dominant market share and shall surpass $16,868.2 million by 2028, with an increase from $10,189.5 million in 2020. Natural gas is widely used as a feedstock for the production of methanol as it is quick process. For instance, production of methanol from natural gas is a three-step process which involves synthesis gas production, conversion of syngas to crude methanol, and distillation of crude methanol to achieve the desired purity. The natural gas feedstock has low production cost, less flammability risk, and provides energy security as it can replace the gasoline-based fuel.

The end-use industry segment is further classified into automotive, construction, electronics, appliances, paints & coatings, insulation, pharmaceutical, packaging, and others. Among these, the automotive methanol sub-segment is anticipated to have a dominant market share and shall surpass $8,255.0 million by 2028, with an increase from $5,283.8 million in 2020. Methanol is a building block for manufacturing of various automotive parts and can be used as a fuel in automotive vehicles owing to low carbon and toxic emissions. In automotive sector, methanol is used for the manufacturing of thermoset bumper & energy absorber, automotive paints, body panels, safety glass laminate, polyurethane dashboard foam, tire core adhesives, light lens, polyester carpet & fabric, and others.

Speak to our Expert Analyst to Triangulate with your own data@ https://www.researchdive.com/connect-to-analyst/8500

The methanol market for the Asia-Pacific region is projected to acquire dominant market share. This region’s market generated a revenue of $13,780.8 million in 2020 and is projected to reach up to $22,462.3 million by 2028. The methanol market demand in this region is driven by increase in government initiatives to promote the use of methanol across electric vehicles, hybrid electric vehicles, and fuel-cell vehicles. For instance, in March 2019, China introduced methanol vehicle promotion policy to promote the methanol production from coal, biomass, coal-bedded methane, and others. This policy also focuses on enhancing the manufacturing capabilities of methanol fueled vehicles. This will facilitate the use of methanol in machinery, off-road vehicles, passenger cars, commercial heavy-duty vehicles, and others.

Some of the leading methanol market players are

Along with the company profiles of the key players in the market, the report includes the Porter’s five forces model that gives deep insights into the competitive environment of the market.