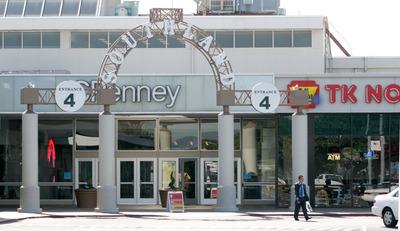 HAYWARD — Police were investigating an apparent smash-and-grab robbery by a group of people that targeted a jewelry store Sunday evening at Southland Mall, authorities said.

Around 5:25 p.m., police responded to preliminary reports of possible shots fired at the mall, 1 Southland Mall Drive, and arrived to find neither signs of gunfire nor injury, Hayward police Officer Cassondra Fovel said.

According to witnesses, nine people entered the mall and approached a Sam’s Jewelers store before using hammers to smash cases and pluck valuables from cases, Fovel said.

The people then fled on foot from the mall, got into at least two vehicles and rode away at high speeds, possibly toward Interstate 880. Both the mall and the store were due to close for the day around 6 p.m., according to the mall’s Web site.

No description of the suspects or vehicles, or on any connection with recent flash-mob robberies in other Bay Area cities, was immediately available. Officers investigating the incident were expected to hand off information including possible surveillance camera footage to detectives with the department’s criminal investigative division.