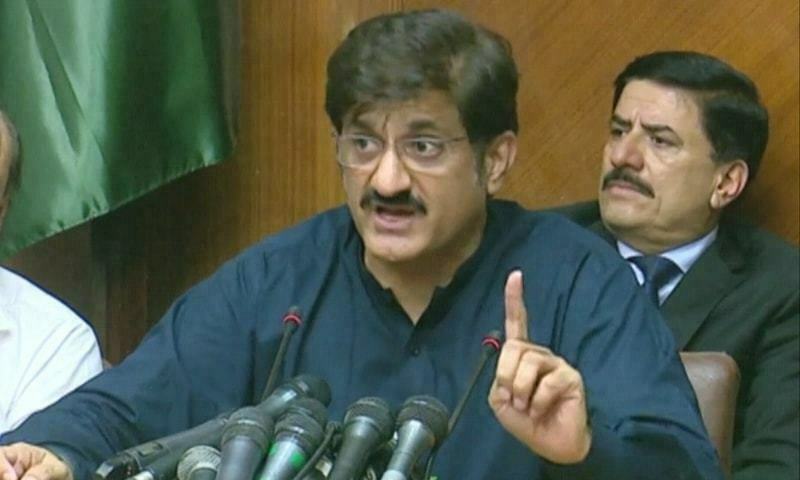 KARACHI: The row between the federal and Sindh governments over transfer of eight DIGs and four secretaries still persists as the establishment division (ED) has rejected the claim recently made by Chief Minister Murad Ali Shah-led set-up about consultation saying it was held more than once.

The establishment division also rejected the contention of the Sindh government that officers of the Pakistan Administrative Service (PAS) and Police Services of Pakistan (PSP) serving in other provinces for more than 10 years had not been transferred.

The Sindh cabinet had rejected the transfer orders and the CM was of the view that the federal government was bound to have a meaningful discussion with him before transferring from or posting in province any officer.

Terming the provincial government’s attitude ‘unfortunate’, the establishment division while citing a recent order of the Sindh High Court had asked the Sindh government for “immediately relieving” the transferred officers so that they can join their new posts in other provinces.

However, a source in the Sindh government said that CM Shah had not taken any decision yet and he was expected to hold a formal consultation with Chief Secretary Mumtaz Ali Shah and Inspector General of Police Mushtaq Ahmed Mahar this week.

Responding to two letters dated Nov 15 and 16 of the Sindh government, the establishment division sent a letter to the provincial authorities stating: “Consultation regarding PAS/PSP officers of BS-20 due for rotation was done thrice inter-alia with chief secretary and secretary, general administration, Sindh”.

It said that the complete lists of officers having served for more than 10 years in Sindh, Punjab and Khyber Pakhtunkhwa was shared with provincial services secretaries “with the request to nominate officers to be rotated in the first phase”.

It said Punjab and KP responded to their request, but “as per practice, the Sindh government did not respond to it”. Besides, lists of officers due for rotation in the second and third phases were shared with the Sindh government and others and the officers’ names were also shared.

“In the interest of transparency, lists of officers due for rotation for the said phases were also placed on the website of the establishment division on March 2, 2021 for information of all concerned. However, none of the governments ever objected to the proposed rotation of PAS/PSP officers of BS-20 in the second and third phases,” stated the letter.

“Consultation as prescribed under rules was carried out, therefore, the non-responsiveness on the part of the Sindh government may not be a valid ground to make out a case at this stage,” the establishment division asserted.

Citing a recent SHC order, the letter said the transfer and posting were part of conditions of service and the establishment division was the competent authority to determine where a civil servant was to be posted. Its powers of transfer and posting of the officers could not be termed as “without jurisdiction or lawful authority”, it added.

The SHC in its order stated that Section 10 of the Civil Servants Act 1973 and Rule 10 of the Police Service of Pakistan, 1985 provided transfer and posting of the civil servants/PSP officers to different provinces and the competent authority can “withdraw any such officer of federal government before the expiry of their tenure limitation”.

The SHC further stated that “rotation policy cannot restrict the process of the competent authority [i.e. the establishment division] from withdrawing any civil servant/PSP officer from the provincial governments at any time on administrative grounds/valid reasons”.

The establishment division asked the Sindh government to immediately relieve the transferred officers so as to enable them to join their new places of posting.

Work from home advice should RETURN to stop spread of Covid as double jabbed Brits get infected with Omicron, warns SAGE