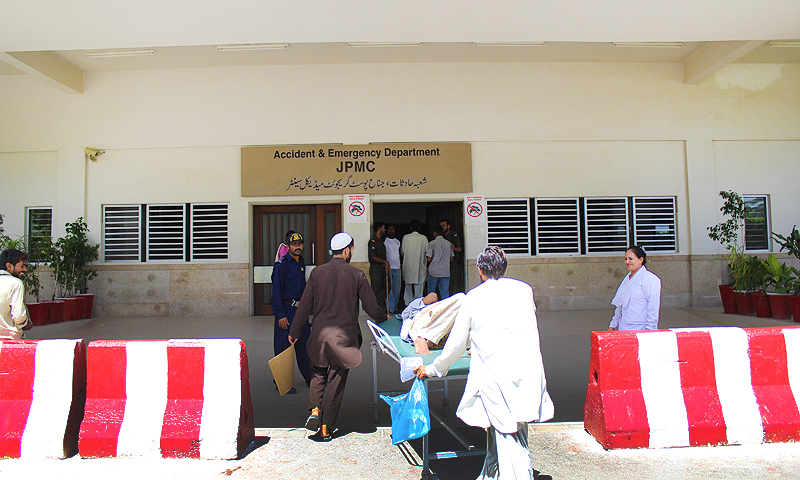 KARACHI: The Sindh government’s tall claim about improved healthcare system and medical facilities have come under a serious question as the provincial ombudsman in the annual report has cited “deficient infrastructure and manpower” and exposed the much-trumpeted stance of the Pakistan Peoples Party (PPP) about offering free treatment to people by stating that even in emergency cases, patients are not provided free medicines.

The facts were shared in the ‘Annual Report 2020’ of Provincial Ombudsman, Sindh, which highlighted the performance, achievements and progress during the previous year.

The report submitted to Sindh Chief Minister Syed Murad Ali Shah by Sindh Ombudsman Ajaz Ali Khan carried details of performance of provincial departments. It shared that in 2020 a total of 6,048 complaints were received, out of which 1,229 were taken up.

While pointing out weaknesses of different institutions and making recommendations for addressing the problems, the report highlighted the state of affairs of the Sindh health department where it found many flaws and stressed the need for immediate resolution.

No new hospital in Karachi

For instance, the city of Karachi of over 20 million people, the report says, has not seen any new public-sector hospital becoming operational in so many years while the quality of services at the existing and available healthcare facilities doesn’t meet the required standards.

It regrets that the people visit government hospitals only ‘under compelling circumstances’.

No free medicines are available at govt hospitals

“The number of public-sector hospitals is very low as compared to the requirements,” it says. “For example in the seventh largest city of the world, Karachi, no public-sector hospital has been made operational after Major Ziauddin Abbasi Shaheed Hospital in Nazimabad, Karachi. Quality of services available in public sector hospitals is not equal to the standard of private sector hospitals with the result that the general public has no confidence in government hospitals. Layman visits government hospitals only under compelling circumstances. Poor quality of services is also because of no accountability system in these hospitals; for example no record is available to the general public of the nature of patients and mortality rates.”

People pay out of own pockets

Despite being publicised as free service providers, the report mentions “out of pocket expenses” borne by poor families in public sector hospitals of Sindh.

The fact exposed the PPP government’s claim it makes every now and again of leading a ‘best free healthcare service in Pakistan’ for the people of the province and all over the country.

“This is a general complaint that medicines are purchased from private medical stores. Even in emergency cases, attendants run from pillar to post to arrange medicines and blood, etc,” says the Sindh Ombudsman’s report.

The fact regarding unavailability of free medicines at the Sindh government hospitals came as a grim reminder of raids conducted by the Drug Regulatory Authority of Pakistan (Drap) in June this year in different commercial markets of Karachi, which led to the recovery of a huge quantity of medicines stolen from the National Institute of Cardiovascular Diseases and the Dr Ruth Pfau Civil Hospital Karachi.

Referring to ‘deficient infrastructure,’ the Sindh Ombudsman mentions the failure of public-sector hospitals, clinics and dispensaries in Sindh in maintaining the standards of service putting strain on the overall health system.

“Infrastructure of public sector hospitals in big cities and dispensaries and clinics in far-flung areas are not up to the standard,” it says. “Sindh is experiencing a high rate of population growth. The increasing rate of urbanization and resulting disparities further reduces the access to quality health services for the urban poor. This will also put further strain on the health system in terms of infrastructure resource needs and administrative requirements.”

The report also reveals that the number of doctors and paramedical staff does not match the number of population throughout the province counting lack of proper incentives, insecurity of employment, transfer and posting not based on ground realities and lack of facilities in rural areas as key reasons for scarcity of trained medical personnel.

“As a result of the deficiencies the doctors and paramedical staff appointed on rural quota are interested to serve in urban areas. In the recent past, a large number of doctors have flown out of the country due to law and order situation and unattractive job facilities,” it says.

Recommending ‘immediate attention’ from both federal and provincial governments, the ombudsman also emphasises the need for effective role of the Sindh Healthcare Commission (SHHC) to check quackery and operations of private hospitals.

“A large number of quacks are running their business even in big cities and they are responsible for spreading diseases and also make the lives of the public miserable,” it says. “The 18th Amendment to the Constitution resulted in the devolution of the Sector Services including health to the provinces. The SHCC was tasked with strengthening the government’s regulatory function through licensing and quality assurance and banning quackery in all its forms. But no mentionable results have been achieved so far.”

It says Sindh has a thriving private sector with the highest concentration and levels of utilisation of private sector health facilities in Pakistan. However, the ombudsman reveals that the private healthcare service providers are largely unregulated, whilst holding over 80 per cent of the province’s health service infrastructure.

Micah Richards: ‘There was such a buzz around the Euros. I loved every minute’