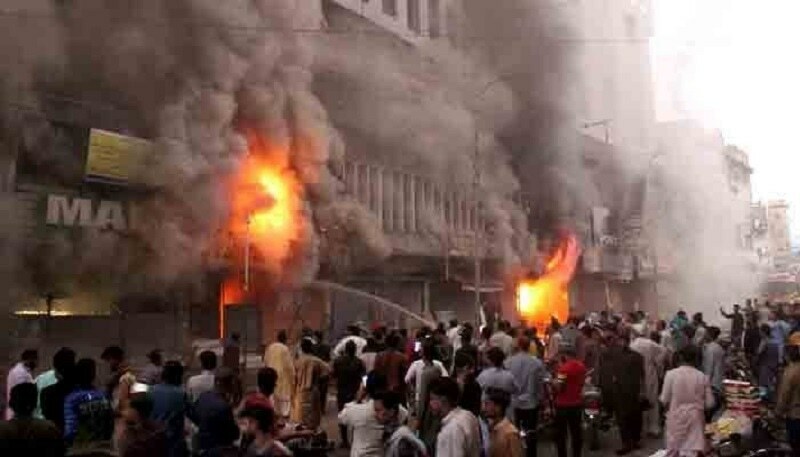 KARACHI: A report about the Nov 14 fire that broke out in the Saddar Cooperative Market has said that 500 shops situated on the ground floor were gutted in the blaze.

Talking to Dawn, Chief Fire Officer of the Karachi Metropolitan Corporation (KMC) Mubeen Ahmed said that the report had been submitted to Karachi Administrator Murtaza Wahab.

He said since criminal investigation of the incident was already under way the fire department did not ascertain the cause of the blaze.

He said that the shopkeepers claimed that 600 shops were destroyed, but the actual number was 500.

He said shops on the ground floor were completely destroyed but those on the first floor and basement remained safe.

He claimed that the fire brigade did not get information about the fire from any watchmen or the market association, as it was a fireman who had gone to Bohri Bazaar for shopping and when he saw smoke billowing from the cooperative market he immediately informed the nearby fire station at around 5.45pm.

Aaron Ramsdale leaves Arsenal fans baffled by wearing away kit in goal – but why is he in Gunners’ yellow shirt?