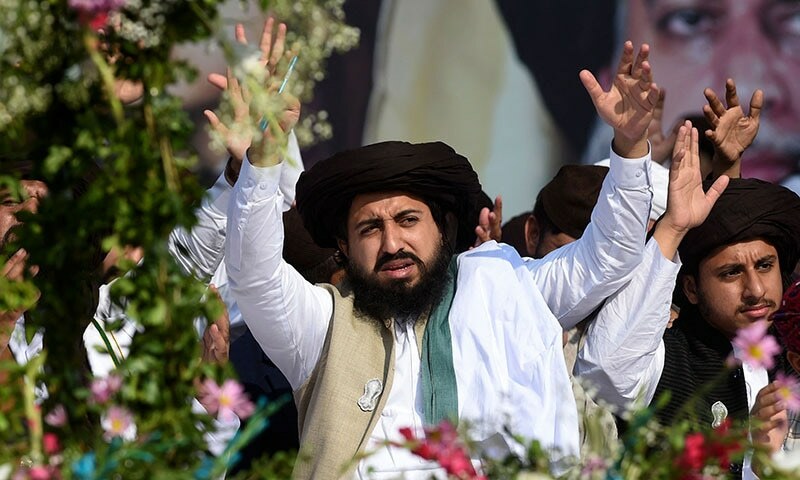 LAHORE: Chief of the Tehreek-i-Labbaik Pakistan (TLP) Hafiz Saad Rizvi has declared he would lay down his life but would not surrender to any oppressor, and urged the people to vote for his organisation in the next general elections.

He was addressing an event termed the Shuhada-i-Namoos-i-Risalat Conf­e­rence on Sunday. Hundreds of people who had come to attend the concluding ceremony of the three-day Urs of Kha­dim Hussain Rizvi were in attendance.

Hafiz Rizvi was released from Kot Lakhpat jail on Thursday after an agreement with the government. The two sides reached an understanding after many rounds of talks and two weeks of clashes which left seven policemen and an unspecified number of TLP workers dead.

Speaking on the occasion, the TLP chief said those who were astonished over the turn of events did not know who won the “battle”. “Our mothers, dead and injured, have won the ground because they didn’t step back while sacrificing their lives and property,” he added.

He said his followers had shown the world that they would not step back and their mothers had not given birth to cowards. “Now my followers are asking what they will have to do in the 2023 elections after sacrificing the lives of their loved ones and property,” he said.

He said all his comrades and followers stood for the respect and dignity of Prophet Muhammad (Peace be upon him) as the nation trusted them to protect the finality of his prophethood. “Now I demand from the nation that their ballot boxes should not remain empty during the next elections.”

Hafiz Rizvi thanked former chairman of the Central Ruet-i-Hilal Commi­ttee Mufti Muneeb-ur-Rehman and all others who played a role in facilitating an agreement with the government. He practically saluted Mufti Muneeb before the people attending the concluding ceremony of his father’s Urs.

He went on to tell the audience that they should continue their struggle. “People who don’t have an ideology are useless and it would be like saying a nuclear bomb possessed by a weak nation would be of no use,” he said.

He declared that his organisation did not lose anything even after sacrificing the lives of several people and they were ready to do it again if anyone dared challenge them.

TLP’s naib emir Peer Syed Zaheerul Hassan Shah, and its central executive members Dr Muhammad Shafiq Ameeni and Mufti Umair-ul-Zahrvi were among those who also spoke at the conference.