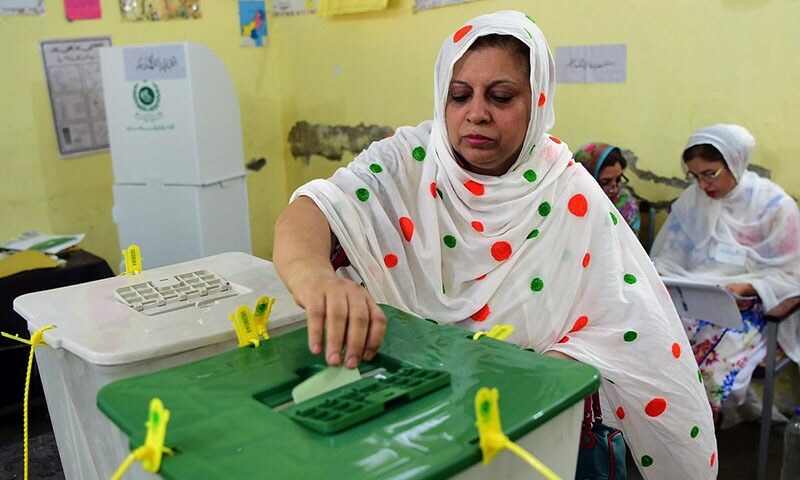 ISLAMABAD: As the number of registered voters climbs to 119 million, as many as 81 of the total 133 districts across the country have a gender gap of over 10 per cent.

A thorough analysis of the latest data of voters exclusively available with Dawn reveals that all but five districts of Khyber Pakhtunkhwa are on the list. Twenty-eight out of 34 districts of KP, including capital Peshawar, are on the list of areas with variation between male and female voters exceeding 10pc.

Twenty-six out of 33 districts of Balochistan, 17 out of 37 districts of Punjab and nine out of 29 districts of Sindh also have a gender gap of over 10pc among the voters.

Four districts of the country have less than 40pc women on electoral rolls— two each in Balochistan and the erstwhile Federally Administered Tribal Areas (KP).

In Killa Abdullah and Kohlu districts of Balochistan, the proportion of women voters is as low as 35.75pc and 37.72pc, respectively. In North and South Waziristan (KP), women form 38.69pc and 39.05pc of the total registered voters, respectively.

In contrast, seven districts have 47pc or more female registered voters, and interestingly these include two districts of Balochistan. All the other five districts happen to be in Punjab, which otherwise accounts for the gender gap exceeding that of rest of the three other provinces put together.

Chakwal district in Punjab has the unique distinction of having more than 49pc female voters, making it a role model. The total number of registered voters in the district comes to 1.19 million which includes 0.608m (50.93pc) males and 0.585m (49.07pc) females. That translates into a minor variation of 22,129 or 1.86pc.

As many as 15 districts in Punjab and one in Sindh have a gap of over 200,000 among male and female voters. Just five districts of Punjab account for a gender gap of over two million, with Lahore and Faisalabad alone contributing to around one million to it.

In overall terms, Punjab and Sindh are the only two provinces to have more than 45pc women voters. The proportion of female voters in the two provinces is 45.27pc and 45.94pc, respectively.

The ratio of women on electoral rolls in KP and Balochistan stands at 43.70pc and 42.98pc, respectively. Women voters’ proportion in the federal capital is 46.97pc.

Britney was forced to do therapy ‘10 hours a day, 7 days a week’

“Russia will attack Ukraine in January” – US intelligence