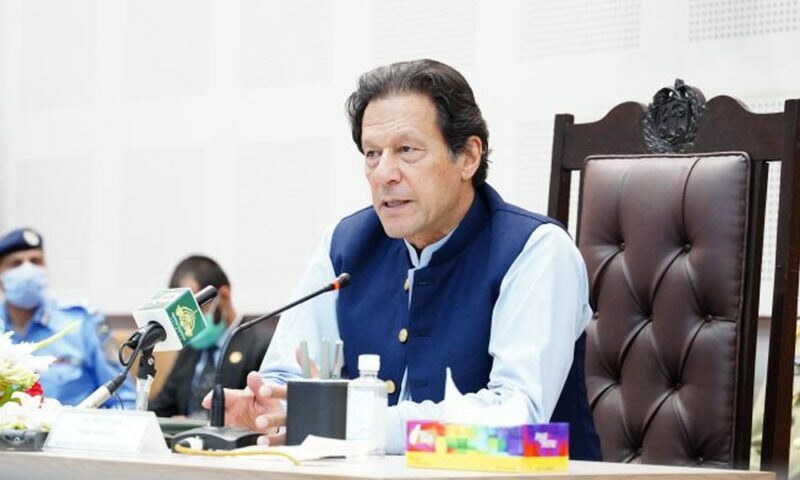 “The total value of all encroached state land and those in the three major cities stood at approximately Rs5.5 trillion, whereas the land encroached in three major cities (Karachi, Lahore and Islamabad) alone was valued at Rs2.63trillion. Similarly, encroached forest land was worth around Rs1.86 trillion,” the prime minister said in a tweet while sharing, what he called, shocking facts.

“This has aggravated Pak’s existing lack of sufficient forest cover,” he tweeted.

PM Khan said just as in the case of electronic voting machines, the government faced “massive resistance” against cadastral mapping of Pakistan for digitalising land records.

With this accurate digital record, he said the government would now take action against these land mafias and their facilitators.

Earlier, in a press conference, Special Assistant to the Prime Minister on Climate Change Malik Amin Aslam said in Punjab and Khyber Pakhtunkhwa, around 160,000 acres of state land was encroached.

He said forest land mapping of 30,000 square km was also completed and 700,000 acres was found to have been intruded upon by land mafia.

Takhtpari Forest in Rawalpindi had a total of 2,210 acres area out of which 755 acres were encroached. Similarly, the Lohi Bher Forest had over 57 per cent (629 acres) of its total area encroached by land mafia, the prime minister’s aide said.

At the time of launching of the cadastral mapping for Islamabad in September, PM Khan had said around Rs400 billion worth of land in the capital was either illegally occupied or laid un-utilised, while almost 1,000 acres of forest land was encroached upon.

He had said the cadastral mapping of three cities would be digitised by November this year while the rest of the country would be covered in the six months after it.

Mr Khan had regretted that the country’s system did not have the capacity to retrieve illegally-occupied land from encroachers, stressing the need to establish the rule of law.

“Such a move would help attract investment from abroad,” he had said.

About arrogance, Prime Minister Khan said: “I finished education, got a degree and played internationally. Normally when you play international sports you do not study but I did both. Because I had both (sports and education) I had a bigger perspective of life.”

“If everything is sports for you and if you excel in it, you think you have conquered the world,” he said, adding that it was a natural thing, “if you excel in sports you can get arrogant”.

However, he said at the end of his sporting career, he was blessed with faith.

“Faith (Iman) is a gift of God. Not everyone has Iman. Once you have it, you have a completely different perspective of life; you attribute success to God and arrogance disappears from life,” he added.

While speaking about climate change, Prime Minister Khan said: “When you have total divorce from the sacred and you just operate on the material, which is basically what is happening in the world.”

He said climate change occurred because human beings had moved so far away from the sacred, and urged people to live in this world as they would live for a thousand years.

“I believe the whole environmental movement is sacred. If you want to be close to the Almighty you have to be humane,” he said.

When asked about political leadership, the prime minister said unfortunately a leadership came up through a political system which was also divorced from faith (Iman).

“Very few come into politics for humanity. In most of the developing world, politicians come to make money, and very few are Mandelas and our Quaid Jinnah,” he added.

“When I started politics, I had everything — enough money and fame — and for me to spend 22 years of my life struggling to become a prime minister made no sense,” he said.

PM Khan said he felt for the society and came into politics with the faith to make Pakistan an Islamic welfare state based on the State of Madina.

“I never thought of personal gains,” he added.

The fundamental principle of a civilised society was to bring the powerful under the law, he said, adding that “all jails are filled with the poor and not by the elite”.

Responding to a question that the Pakistani diaspora in the US was said to be one of the successful communities because they had a sense of superiority not arrogance and sense of insecurity which forced them to work harder, making them disciplined, the prime minister replied: “I feel Pakistan is a country which has tremendous potential, diversified and talented ethnic groups, but due to lack of rule of law and injustice, we cannot achieve the potential of our society.”

“Since the elite had captured the system, people did not have the opportunities and a level-playing field in their own country,” he said, vowing to unleash their potential and make the country a welfare state.

“We have given the biggest welfare programme — and this is my ambition. If we do two things — see people out of poverty and break the monopoly of mafias — the nation has great potential to excel,” he added.