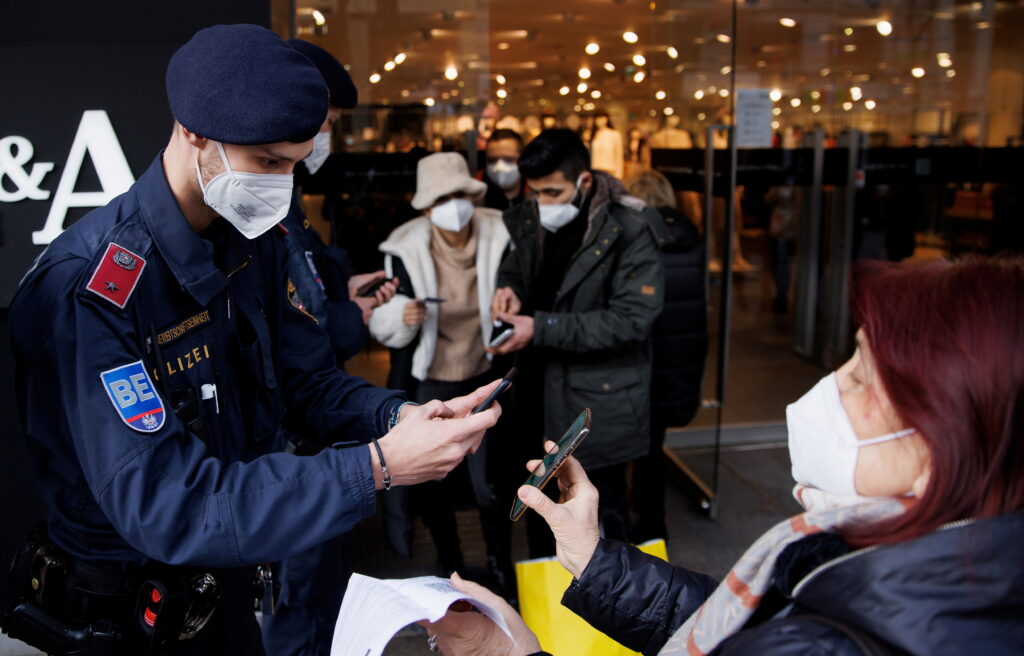 Austria powered down public life on Monday as its fourth national COVID-19 lockdown began, making it the first western European country to reimpose the drastic and unpopular measure this autumn in the face of surging coronavirus infections.

This lockdown is similar to previous ones but is the first introduced since vaccines became widely available. Most places people gather, like restaurants, cafes, bars, theatres, non-essential shops and hairdressers cannot open their doors for 10 days initially and maybe as many as 20, the government says.

Christmas markets, a big draw for tourists that had only just begun to open, must also shut but, in a last-minute change, ski lifts can remain open to the vaccinated. Hotels will, however, close to tourists not already staying there when the lockdown began.

“It is a situation where we have to react now,” Health Minister Wolfgang Mueckstein told ORF TV on Sunday night.

“A lockdown, a relatively tough method, a sledgehammer, is the only option to reduce the numbers (of infections) here.”

The conservative-led government imposed a lockdown on the unvaccinated last week but daily infections kept extending far above the previous peak reached a year ago and intensive care beds are running short.

On Friday, the government announced https://www.reuters.com/markets/europe/austria-imposes-full-lockdown-germany-may-follow-covid-grips-europe-2021-11-19 it was reimposing a full lockdown as of Monday and would make it compulsory to get vaccinated as of Feb. 1, a step few countries have taken.

People can leave their homes for a limited number of reasons like going to work or buying essentials. Going for a walk is allowed with no limit on time or distance. Only one person from another household can be met at a time.

Workplaces and schools will stay open, but the government has asked parents to keep their children at home if possible.

Riots broke out in cities across the Netherlands on Sunday, the third night in a row that police clashed with mobs of angry youths who set fires and threw rocks to protest COVID-19 restrictions.

Unrest was reported in locations including Leeuwarden and Groningen in the north, the eastern town of Enschede and Tilburg in the south. In Enschede, where an emergency ordinance was issued, police used batons to try to disperse a crowd, according to video on social media. In Leeuwarden, police vans were pelted with rocks and black-clad groups chanted and set off flares.

Responding to the worst disturbances since a full lockdown led to widespread disorder and more than 500 arrests in January, police said five officers had been injured overnight Saturday and at least 64 people detained in three provinces, including dozens who threw fireworks and fences during a soccer match at Feyenoord Rotterdam’s stadium.

Four people believed to have been hit by police bullets remained in hospital on Sunday, a statement by the authorities said.

The protests were sparked by opposition to government plans to restrict use of a national corona pass to people who have either recovered from COVID-19 or have been vaccinated, excluding those with a negative test result.

The Netherlands reimposed some lockdown measures on its 17.5 million population last weekend for an initial three weeks in an effort to slow a resurgence of the virus, but daily infections have remained at their highest levels since the start of the pandemic.

Some youths were also angered by a New Year’s Eve firework ban to avoid added pressure on hospitals that have already been forced to scale back care due to a surge in COVID-19 patients.

Among the most serious confrontations on Saturday night were those in The Hague, where the five officers were hurt, one of them seriously, a police statement said. Police carried out charges on horseback and arrested 19 people, one of them for throwing a rock through the window of a passing ambulance.