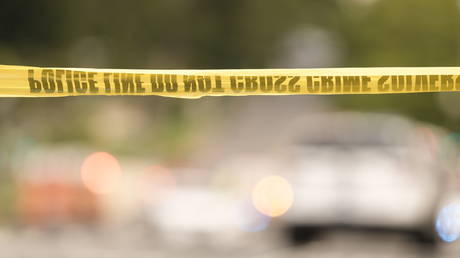 People have been killed after a car tore through a Christmas parade in Waukesha, Wisconsin, police said, adding that 12 children were taken to hospital in wake of the incident. A “person of interest” is in custody.

Waukesha Police Chief Dan Thompson revealed that 11 adults and 12 children suffered injuries at the holiday parade on Sunday afternoon, which went awry after a red SUV broke through police barriers and rammed into parade-goers, including a marching band.

There have also been “some” casualties resulting from the incident, Thompson said, but stopped short of revealing the exact number of the people killed, noting that police have been in process of notifying their next of kin.

Thompson confirmed that a “person of interest” was taken into custody, without disclosing their identity.

The police chief reported earlier that his officers located the suspect vehicle. Photos shared on social media show officers approaching a red SUV parked in a driveway. The vehicle’s hood is severely damaged, apparently from the collision with the crowd.

The police chief also revealed that the shots that could have been heard on some of the eyewitness footage taken at the parade were fired by an officer discharging his weapon in an attempt to stop the car.

Nobody has been injured by the gunfire, Thompson asserted.

A local CBS News affiliate reported earlier that the residents living in the vicinity of the area were urged to “shelter in place,” while Carroll University, located about 1,5 miles from the scene, was placed under lockdown.

In an update on Sunday evening, Thompson said that that order to shelter in place had been lifted.