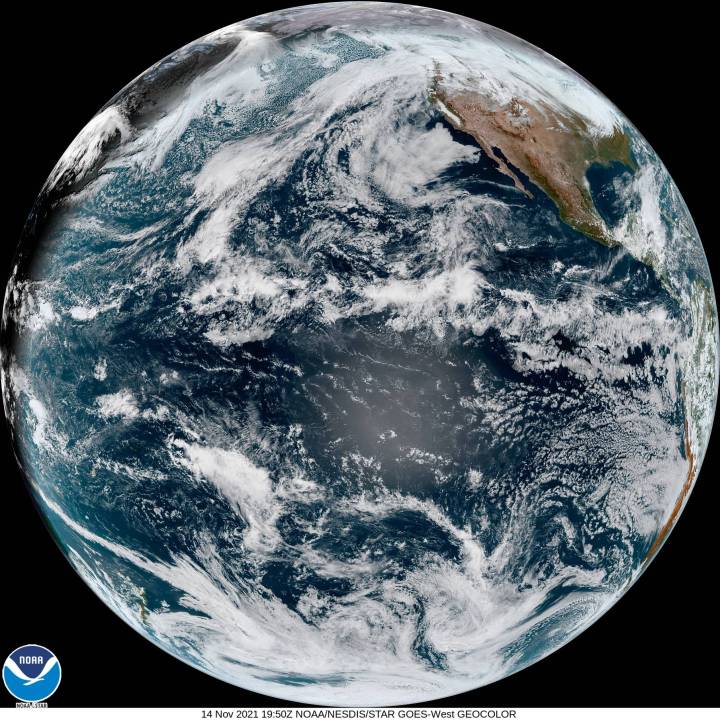 COLUMBUS, Ohio (WCMH) -- For the second winter in a row, La Niña will impact weather patterns across North America and the globe, according to the National Oceanic and Atmospheric Administration's Climate Prediction Center.

La Niña reflects a cooling of the eastern tropical Pacific Ocean, which influences the jet stream position. A large pool of cooler water favors subsiding air over the eastern Pacific and a northward shift of the upper-level winds.

The winter of 2020-21 was also highlighted by La Niña forming in the fall and lingering into early spring. Last winter was generally milder than normal early and late in the season east of the Rockies, but marked by a very cold and snowy February 2021.

There are other variables beyond the North Pacific that can alter the flow of the jet stream across North America in favor of colder and snowier conditions, chiefly Atlantic pressure linked to the polar vortex. A blocking pattern allows frigid air to tumble southward across the central and eastern United States, with snow more likely than rain along the northern boundary of low-pressure systems.

Colder air follows the northern branch of the jet stream, with periodic dips east of the Rockies, bringing bouts of wintry weather. However, the current early-season NOAA projection favors a return to milder-than-normal weather for much of the nation heading into December.

A variable Pacific jet stream brings bouts of stormy weather in the Pacific Northwest and northern Rockies, and an active storm track through the Midwest and Ohio Valley. La Niña is not good news for drought-stricken areas of the Southwest, where drier-than-normal conditions are expected to persist.