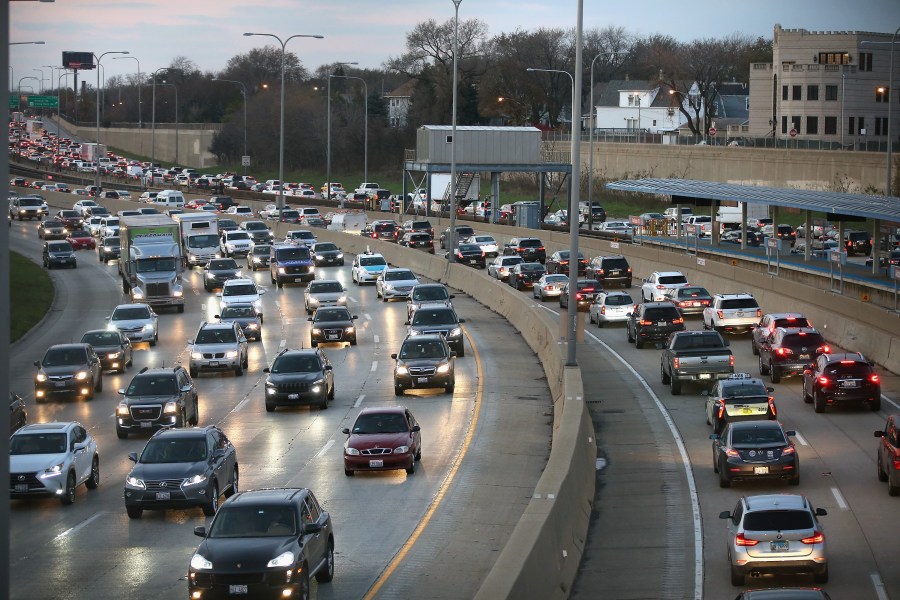 (KXAN) — One storm system will exit the East Coast this week as another approaches the West Coast. Here's how these storms will affect your holiday travel this week.

Sunday afternoon's cold front that will drop temperatures and bring a small chance at a few passing showers to Central Texas will move to the east on Monday. A line of showers and storms may affect some of the major interstates along the East Coast, including I-95.

Major airports along the East Coast from the Northeast down to Florida could see some weather-related delays as these storms push off the coast.

Monday will also be the day to see some airport delays in the Pacific Northwest as another storm system approaches. This will stay well to the north of California, so travel to and from most of the state should be void of any major weather-related delays.

As the West Coast storm moves through the Rockies, it will lose a bit of its bite. While there could be some snow in the northern Rockies from Idaho and Montana, travel across the rest of the country looks to be ideal and unaffected by any major weather events.

The Wednesday before Thanksgiving is usually one of the busiest travel days of the year, and so far, this year's looks to be fantastic. Most areas of the country will experience dry conditions with seasonable temperatures for most of the Lower 48.

One of the only exceptions may be travel to and from the Front Range of Colorado where rain and snow showers are possible, including the Denver metro and Denver International Airport.

If you save your travel plans for the day of Thanksgiving, you may want to try and take advantage of the mostly dry conditions on Wednesday, especially if you're traveling away from Central Texas.

The storms system over the Rockies will eject across the center of the country, bringing a chance of rain and storms from Texas up to Illinois, with snow possibly in the Upper Midwest.

Temperatures will also fall behind the cold front. With highs in the 50s for most of the Southern Tier, and 30s and 40s for highs in the Northern Tier.

The storm system responsible for bringing Central Texas a rainy Thanksgiving will continue to move to the east. A line of showers and storms will affect travel along the East Coast for most of the day, including Black Friday shopping and any outdoor events like the Macy's Thanksgiving Parade in New York City.

Temperatures stay chilly for the eastern third of the U.S. While temperatures slowly rebound for the western two thirds of the country.