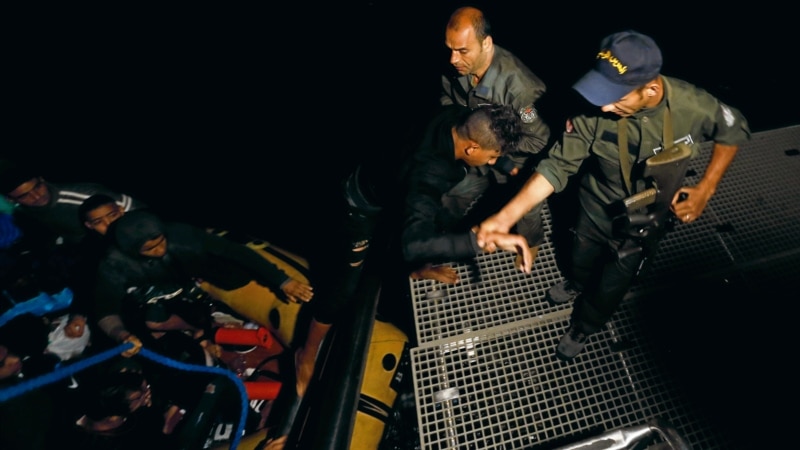 Tunisian authorities said Sunday they had intercepted more than 200 migrants trying to reach the Italian coast, in nine separate operations. "In the context of the fight against irregular immigration, units from the northern, southern and central regions managed to thwart nine (sea crossing) attempts" overnight Saturday to Sunday, national guard spokesman Houssem Eddine Jebabli said. The interceptions took place both at sea and on the coast, assisting 223 migrants from different African countries, including 111 Tunisians, the national guard said. Late last month, Tunisia's coast guard said it had thwarted six departure attempts and rescued 125 Europe-bound migrants, 112 of them from sub-Saharan Africa. Earlier in October, four Tunisians migrants died and 19 others went missing after their boat capsized off the country's east coast. More than 58,800 migrants have managed to reach Italy since the start of the year, most of them by sea, according to the U.N. refugee agency. More than 1,300 have died or gone missing while trying to make the Mediterranean crossing, particularly to reach Italy, Spain and Greece. Tunisia is a key departure point for would-be migrants hoping to attempt the dangerous sea crossing to Europe. The Italian island of Lampedusa is located just 140 kilometers (less than 90 miles) from Tunisia's east coast. According to the FTDES rights group, the Tunisian coast guard intercepted some 19,500 people attempting to cross the Mediterranean in the first nine months of this year. It said the trend had accelerated since the establishment in June of a direct line of communication between Rome and Tunis to coordinate efforts against illegal immigration and share information. Since Tunisia's 2011 revolution, political instability and socio-economic crisis have worsened unemployment, which stands at 18% nationally but at more than 40 percent among young people. According to FTDES, the coast guard had intercepted 42,000 people between 2011 and 2020.

Prices for food and gas are rising sharply. Is health care next?

I went to the world's most beautiful Taco Bell, and it was so stunning I forgot I was eating fast food