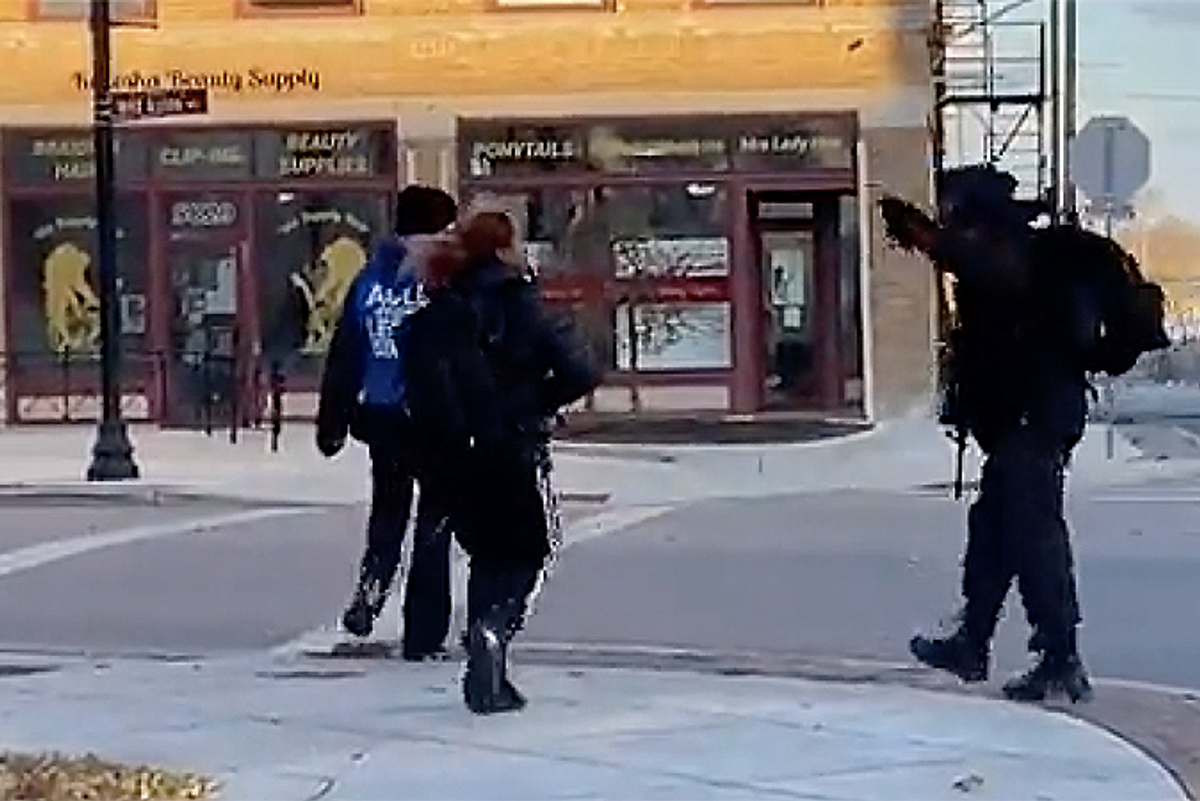 It has only been a few days since Kyle Rittenhouse was acquitted by a Wisconsin jury. Those angry about the verdict took to the streets and have continued to stage protests across the country.

Along with one of those protests in Chicago came large guns. A video shows two men dressed in all black and tactical gear carrying long guns walking beside and leading the protesters' march in the streets. Instead of being foes, these gunmen were there to protect the protesters from people like Rittenhouse being in a position to shoot them again.

CNBC host Katie Phang said that she believes there weren't extensive protests after the verdict because people were scared they could be legally killed.

See the videos below:

"There\u2019s a real reason why you didn't see a lot of protests yesterday," @KatiePhang lamented. "It's because if you went into the street after that verdict, you could be shot dead in the street and there would be no consequence. None." #Rittenhouse http://crooksandliars.com/2021/11/msnbc-guest-hit-rittenhouse-istas-their\u00a0\u2026pic.twitter.com/4G8sM9mG4Y
— Spocko (@Spocko) 1637536062