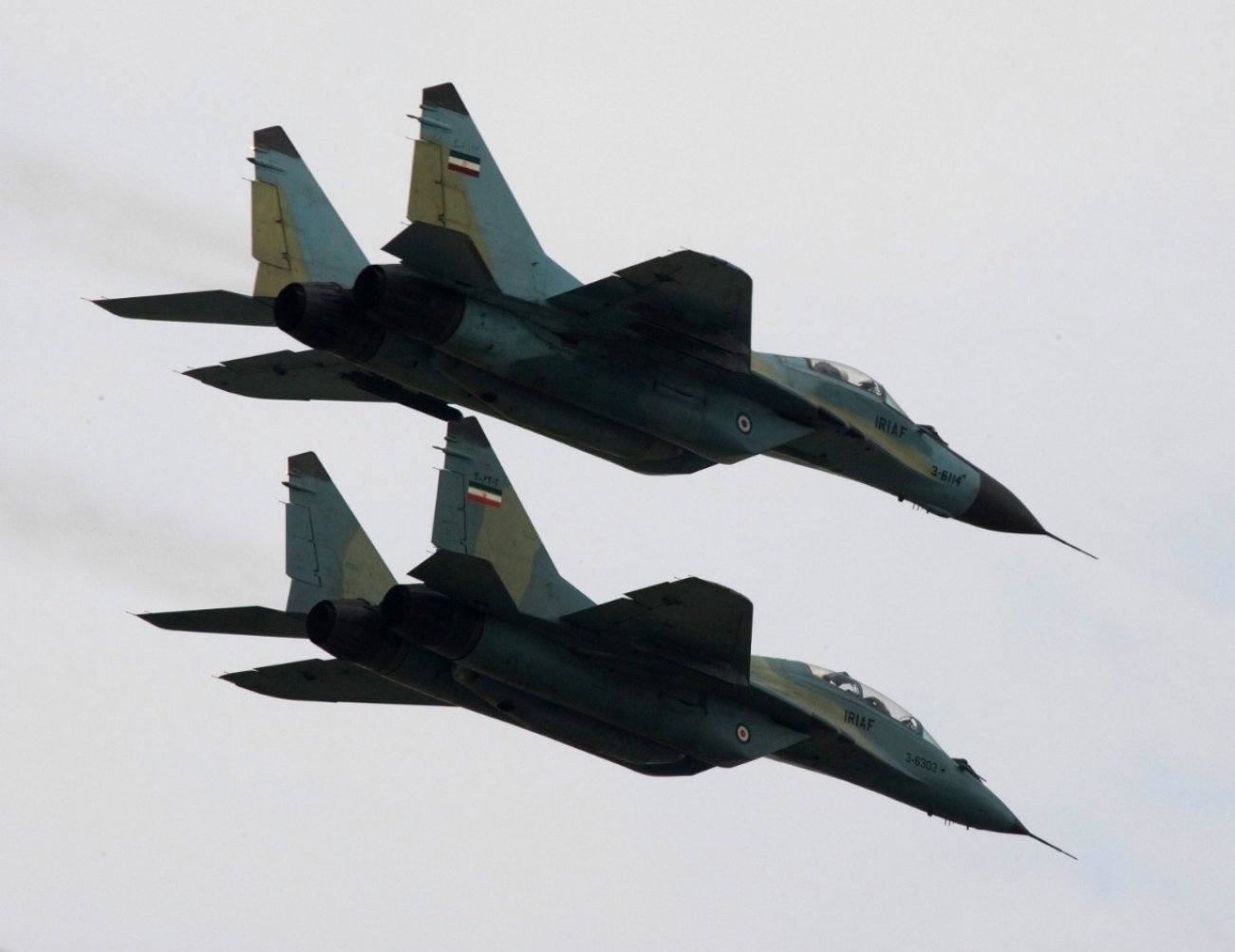 How would the Iranian air force fare in the event of war with the United States?

Here's What You Need to Remember: The common theme emerges that the IRIAF is patently incapable of defending the entirety of Iran’s airspace with conventional means. But provided that they have access to the right anti-air equipment and are able to use it proactively,

The geopolitical struggle between Washington and Tehran is anything but new, stemming back to the 1979 Iranian Revolution and subsequent overthrow of the US-backed Shah. The past several years have seen Iran and the US locked into a new cycle of escalation, fed by openly belligerent rhetoric and increasingly divergent strategic visions for the Middle-East region.

As the two powers teeter on the edge of open conflict, US media outlets are awash with commentary on the international and political ramifications of war with Iran; rightly so, given what’s at stake. Surprisingly, much less attention has been devoted to the question of what a conventional war with Iran would look like. There are, of course, countless variables at play: who would attack first, what would Russia and China do, would it escalate into a nuclear conflict, and so on.

There is, however, one persistent factor that is sure to dictate the flow of any possible conflict: Iran’s conventional military capabilities. In particular, how would the Iranian air force fare in the event of war with the United States? Here is what we found.

Iran’s air force has long been, and remains, Tehran’s weakest military link. The Islamic Republic of Iran Air Force (IRIAF) roster is dense with aging 3rd and 2nd generation fighters, including the F-4 Phantom II, F-6, and “Saeqeh” F-5 derivative. It is unknown how many of these have fallen into disrepair over the prior decades.

The functioning, relatively operational core of the IRIAF’s inventory is the dozen Su-24MK and 18 MiG-29 fighters purchased by Tehran in the mid 1990’s. While perfectly serviceable in low-intensity regional conflicts with Iran’s neighbors, the Su-24 and MiG-29 are exceedingly unlikely to perform well in pitched conflict with carrier strike groups like the one that Washington recently sent to the North Arabian Sea. Even Patriot missile systems-- which the US is now actively transferring to the Middle East-- would pose a grave danger to Su-24’s and similar aircraft operating in Iranian airspace. It has long been speculated that Iran is on the cusp of modernizing its air force with an infusion of Russian-bought Su-30 fighters, but serious internal and geopolitical problems stand in the way of any such deal being signed in the near future.

Even barring these crippling quality issues, the IRIAF roster simply lacks the number of aircraft necessary to secure Iran’s vast airspace against a full-scale US offensive. Any potential military value from Iran's air force would have to come in the form of a preemptive strike; specifically, a surprise attack against America’s Gulf forces in the hopes of locking NATO out of the Hormuz Strait. That, however, comes with its own set of stark risks for Iran.

If Iran lacks a way to meaningfully challenge the US Air Force on the sky, does it have any means at all of securing its airspace against an American offensive? As it stands, the closest that the IRIAF can come to credibly threatening American airpower is the S-300 missile system. The S-300PMU-2, the latest S-300 variant, and popular import choice boasts a range of up to 150 kilometers and can track six enemy aircraft simultaneously. Assuming-- and it’s important to highlight that this remains an assumption-- that Iran is, in fact, able to deploy S-300 systems, the IRIAF is still unlikely to overcome the USAF, but can at least raise the costs of American victory with an effective anti-access/area-denial (A2/AD) campaign.

The common theme emerges that the IRIAF is patently incapable of defending the entirety of Iran’s airspace with conventional means. But provided that they have access to the right anti-air equipment and are able to use it proactively, They stand a good chance of dragging out the conflict and thereby preventing a repeat of what the USAF managed.

This article first appeared in May 2019 and is being reprinted for reader interest.