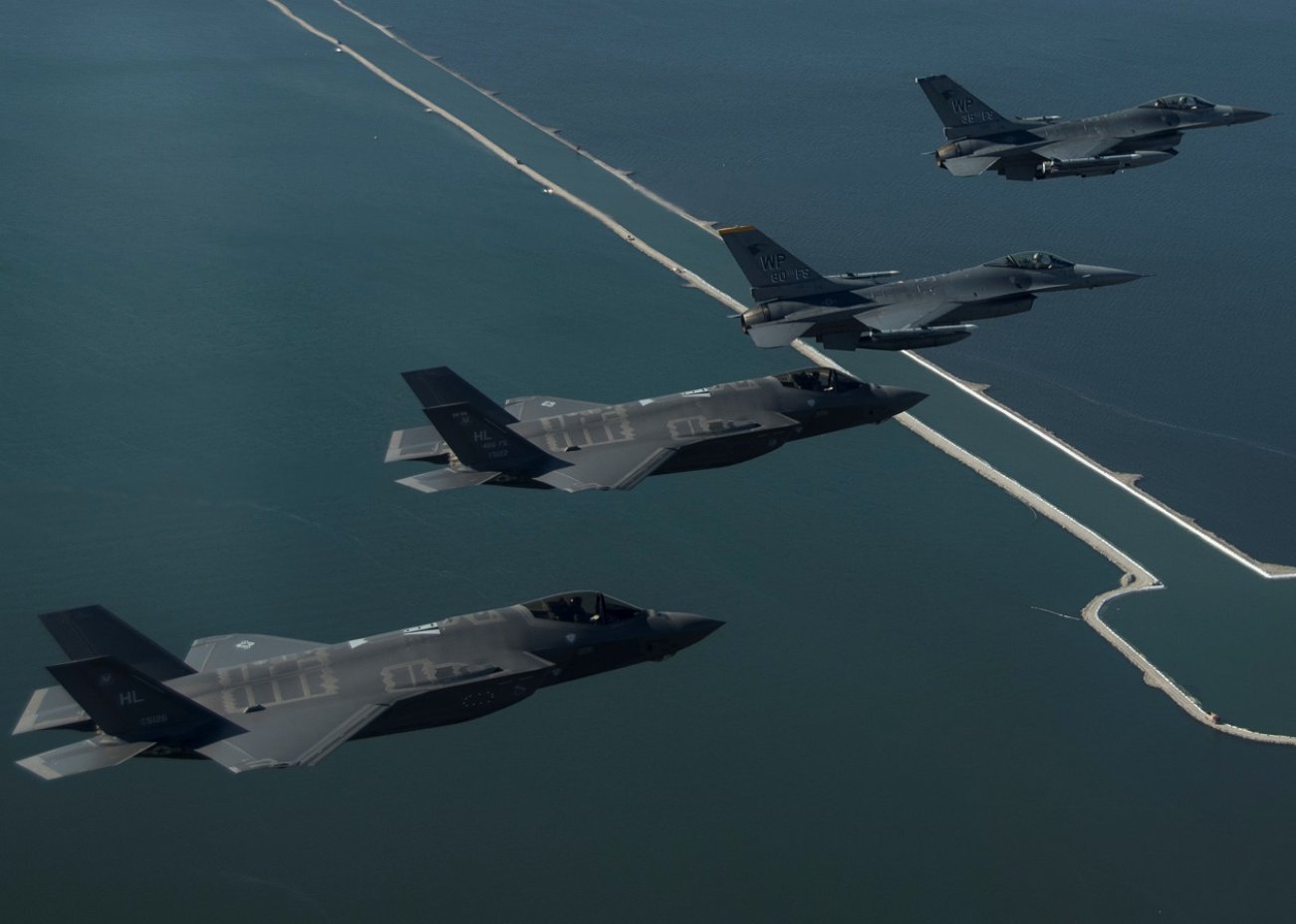 The F-35As test-fired air-to-air missiles and their 25mm cannons during a test at Tyndall Air Force Base.

The U.S. Air Force's F-35A Lightning II is headed to the Pacific. The first F-35 squadron in the Indo-Pacific recently completed an extensive live-fire weapons test.

Nine air-to-air missiles were launched and pilots fired the 25mm cannon as part of the F-35 weapons system evaluation, according to an Air Force press release. The tests, held at Tyndall Air Force Base in Florida, were a key step to prepare the new jet for operational service in the Pacific.

Where might forward-positioned F-35s operate from in the Pacific? The aircraft could be sent to Guam, Australia, Japan, or South Korea. South Korea, Japan, and Australia all plan to purchase F-35s of their own that could operate in tandem with American units. The addition of U.S. F-35s will build an international coalition, introduce new response options for U.S. commanders, and expand the surveillance envelope throughout the region.

An F-35 could, for instance, respond quickly to potentially provide close air support for amphibious landings along the Chinese coastline. It could protect against large-scale Chinese intervention in the South China Sea.

As a multi-role fighter, the F-35A can share data in real-time across the force through the aircraft's ability to network with new technologies such as Multifunction Advanced Data Link (MADL). The fifth-generation aircraft could also streamline data transmission with its advanced sensor equipment.

Yet another thing to bear in mind is that land-based F-35s could ensure a minimum amount of attack reach throughout high-value areas in the Pacific. Carrier-based F-35s may not always be in the region to respond. The F-35s could also challenge China’s fifth-generation aircraft such as the J-20 when it flies close proximity to U.S. assets and allied countries. The Chinese regularly conduct provocative air patrols through Taiwan’s airspace to intimidate the smaller and potentially vulnerable island of Taiwan. Chinese fighter jets also provoke Japanese coastal facilities and assets with aggressive flybys, something which Japan’s acquisition of high-tech, sensor-heavy, capable F-35s could challenge.