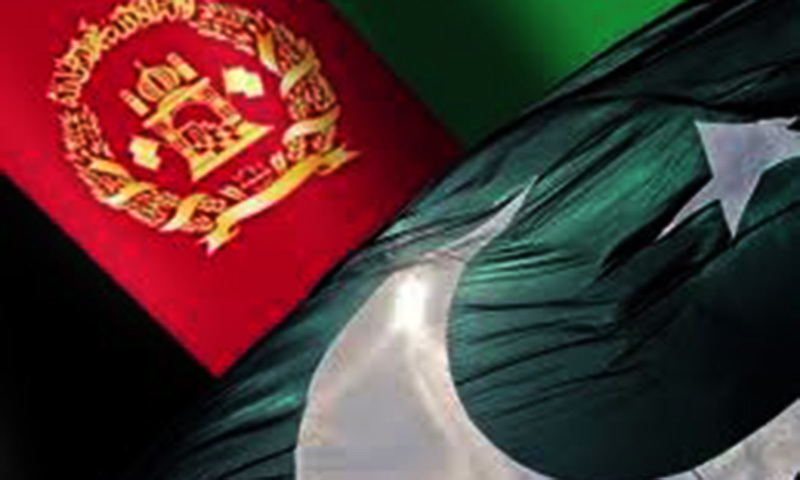 Pakistan Ambassador to Afghanistan Mansoor Ahmad Khan has defended the country’s active engagement with the Taliban government in Kabul over issues of "inclusivity, counter-terrorism, human rights and to ward off humanitarian crises".

Ambassador Khan made the remarks in an interview with Dawn.com days after a high level Afghan delegation paid a three-day visit to Islamabad — the first by Taliban ministers and senior officials since the Taliban takeover of Kabul in mid-August.

“Pakistan’s engagement and interaction with the Afghan interim government is on two levels. One: we engage the interim Afghan government on political issues such as inclusivity, human rights and counter-terrorism like the international community. Second: bilaterally, we engage the Afghan government to know as to what kind of cooperation could be extended for a solution to humanitarian and economic problems and to facilitate the people,” he said.

The ambassador explained that as part of Pakistan’s policy, four working groups were formed during the visit of Foreign Minister Shah Mahmood Qureshi to Kabul in October on people's movement, trade, transit and commerce, air connectivity and cooperation in the fields of security and intelligence.

Speaking on movement between the two neighbours that Pakistan seeks additional flights to Mazar-e-Sharif, Kandahar and Herat from Islamabad.

Pakistan and Afghanistan currently have flights only between Islamabad and Kabul. Last month, Pakistan International Airlines suspended flights to Kabul after the Taliban asked it to reduce fares. The Afghan-based Ariana airlines has also resumed Kabul-Islamabad flights.

The ambassador said the Afghan side also wants flights to Karachi, Quetta and Lahore, for which the respective civil aviation authorities of Pakistan and Afghanistan will decide about the strategy.

“Both sides held follow up discussions on those issues during the high level visit of acting Afghan Foreign Minister Amir Khan Mutaqqi. Two other ministers were part of the high level Afghan delegation. Both sides have agreed on a very effective facilitating system for the cross-border movement of people and cargo. Both countries have agreed in principle to allow each other’s trucks up to the borders and a system is being formulated related to the documentation,” Ambassador Khan said.

He said Pakistan and Afghanistan have also agreed to expand bus services to the Islamabad-Kabul route after the revival of Peshawar-Jalalabad bus service.

“There is no specific time frame for the start of the Islamabad-Kabul bus service but we will try to start it soon. I will start negotiations with the Afghan officials for the implementation of the decision,” the ambassador said, adding that the bus service will facilitate Afghan citizens who want to travel to Pakistan for medical treatment, business and education.

To a question regarding the formal recognition of the Taliban regime, Khan said that recognition was a completely separate process, adding that "many countries maintain practical engagement with Afghanistan on key issues and high-level Taliban delegations have paid visits to Russia, Uzbekistan, Turkey and Doha".

Similarly, he added, foreign ministers and senior officials of other countries have visited Kabul for practical engagements as there are difficulties in Afghanistan and these countries, including its neighbours, want to help Afghanistan at this critical juncture.

Pakistan and Afghanistan have also extended the ‘Afghanistan-Pakistan Transit Trade Agreement (APTTA) 2010’ for six months beyond November 11, 2021, the ambassador said.

He said APTTA’s six-month extension expired on Nov 11 when the Pakistan and Afghan delegations were holding talks in Islamabad and both agreed in principle to continue the APTTA process for the next six months.

When asked about the “Troika Plus” demand of the Taliban to cut ties with terrorist groups, the Pakistani ambassador said the Taliban leadership insists they believe in counter-terrorism and is taking effective steps against Daesh.

“Daesh has increased attacks in Afghanistan. There is also the banned TTP and ETIM (East Turkestan Islamic Movement). This is also part of the Doha agreement for the Taliban to cut ties with terrorist groups.

"Terrorist groups are present in Afghanistan and Afghanistan is part of counter-terrorism efforts with the international community. It does not mean we accuse the Taliban but we emphasise this as a basic point,” he said, adding that China is engaged with the Taliban on the ETIM.

Flashback – JLS: ‘X Factor was a crash course in this industry. Zero to hero in 10 weeks’

How Loss To Jazz Showed Celtics Potential Of Their Versatility