And he is only 11 behind Manchester United. 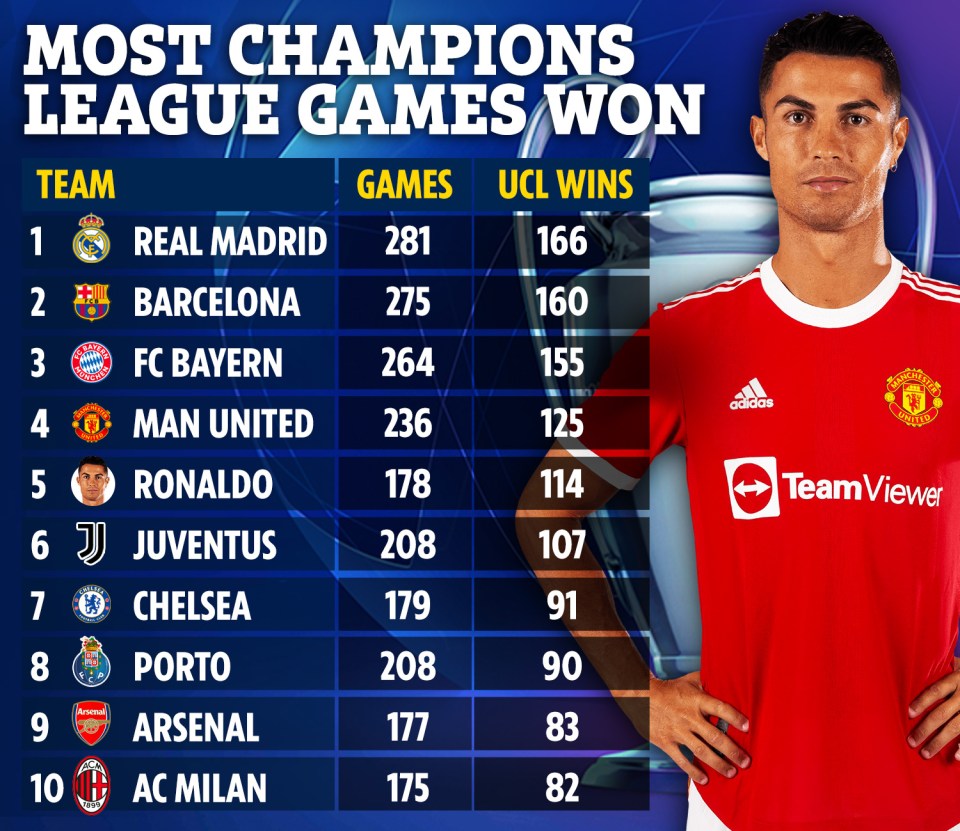 The Portugal legend was at it again last night as he scored the winning goal in a 3-2 comeback victory over Atalanta at Old Trafford.

And it meant Ronaldo has now won an incredible 114 Champions League matches out of 178 since the competition’s inception in 1992.

That tally puts him FIFTH in a list of Europe’s top clubs.

And Ronaldo is well ahead of AC Milan, Arsenal and Porto.

The veteran is also clear of Chelsea, who have played one more game in the competition.

OLE OFF HIS TROLLEY

And Ronaldo even has more wins than former side Juventus.

Indeed, the striker is only 11 victories behind United, but that will stay the same unless he ends up playing for another top-four side later in his career.

However, Ronaldo is some way off Bayern Munich, who have 155 wins in Europe’s top competition.

Barcelona are second with 160, while Real Madrid lead the table with 166 wins from 281 games.

A lot of Los Blancos’ success in the Champions League has come down to Ronaldo too.

He won FOUR European titles during his time in the Spanish capital, including a magnificent three-in-a-row under Zinedine Zidane.

And Ronnie will be hoping to add a second Champions League crown to his United collection this term, having won it with the Red Devils in 2008.

Gov. Sununu Will Ultimately be to Blame if a Child Is Injured or Dies from His COVID Vaccine Program