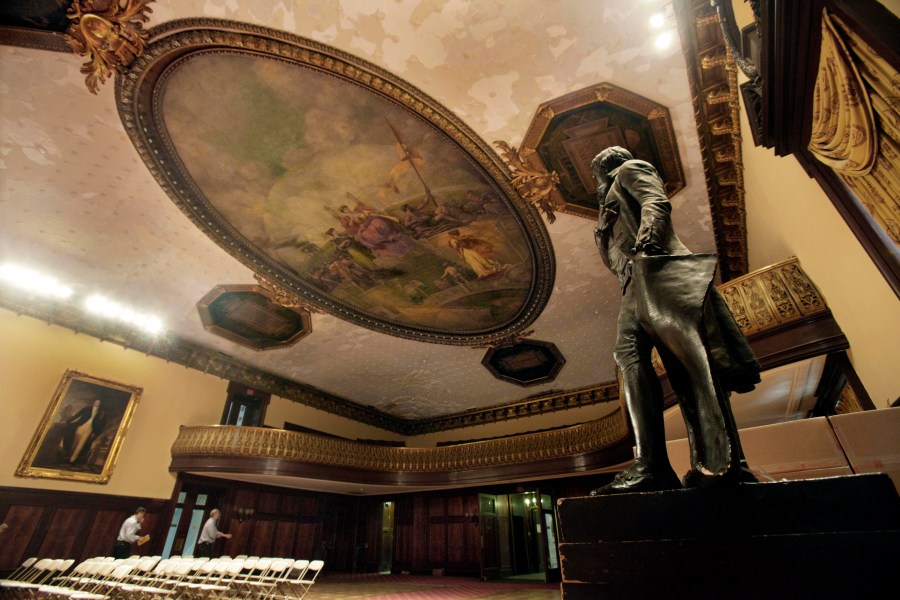 NEW YORK (PIX11) — A statue of Thomas Jefferson in City Council chambers within City Hall may soon need to find a new home. According to a statement from the Council's Black, Latino and Asian Caucus, there is expected to be a vote soon by the Public Design Commission on relocating the statue of the founding father.

Members of the caucus said the move has been "years in the making." In a statement, they said they "have long objected to the statue's presence, and did so most recently in a June 2020 letter that was sent by the Council to Mayor de Blasio."

A spokesperson for City Hall said, "City Council expressed a strong interest in finding a home for this statue that can contextualize Jefferson’s legacy in all its complexity. The Public Design Commission is the right body to weigh the merits of that approach."

According to the Design Commission's meeting agenda for October 18, there is currently an item to vote on the "long term loan" of the Jefferson statue to the New York Historical Society on Manhattan's Upper West Side.

Since 1833, the bronze-painted plaster statue of the third president of the U.S. and writer of the Declaration of Independence has watched over the lawmakers of New York City. Jefferson's notable history as a slaveowner is a major part of why many people have objected to his status as an American icon.

Type 2 diabetes: The reason you should AVOID fruit juice or risk increasing chance of disease