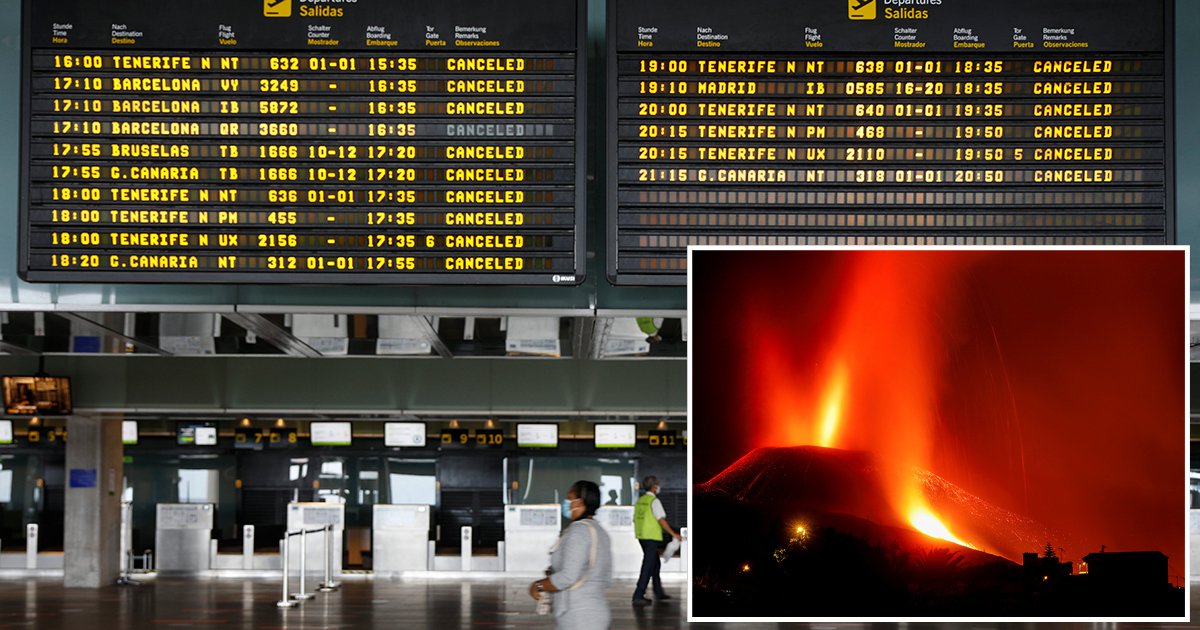 All flights on and off the Spanish island of La Palma remain grounded because of an ongoing volcanic eruption.

An ash cloud forced the airport to close entirely on Saturday, leaving the island’s 85,000 inhabitants dependent on stretched ferry services.

Residents being told to remain inside and to wear masks and goggles if they need to venture out in order to prevent the thick air from causing lung and eye damage.

The intense eruption began a week ago, with lava streams destroying property and forcing 7,000 people to abandon their homes.

Scientists confirmed a new vent has opened up, increasing the possibility of more molten rock escaping from the ground.

The airport remains closed today but aeroplanes are still able to fly from other airports in the Canary Islands.

There were long queues at the airport as people arrived to find it had been declared ‘inoperative’ because of the ash.

Emergency crews pulled back from the volcano on Friday as explosions sent burning material and ash over a wide area.

Rivers of lava have been sliding down the mountainside toward the southwestern coast of the island, destroying everything in their path, including hundreds of homes.

The speed of the flow has slowed down considerably, however, and the lava is now barely moving forward, with about 2 kilometers left to reach the sea, said Miguel Angel Morcuende, head of the Canary Island Volcanic Emergency Plan.

He told reporters: ‘I don’t dare to tell you when it’s going to get there, nor do I dare to make a forecast.’