EUROPE’S golfers have Tiger Woods to blame for spurring Team USA to their rousing 6-2 win on the opening day of the Ryder Cup.

The American players revealed that an inspirational message from Tiger before the match gave them an extra bit of oomph as they ensured Europe had their worst start to the Ryder Cup in 46 years.

When they had tough moments in the match, it was Tiger’s words that keep them pushing forward to victory.

Speaking on Tiger’s message and its impact, American star Xander Schauffele, who won his morning match with teammate Patrick Cantlay told ESPN: “We got a nice message from Tiger last night, obviously we’re not going to reveal what he said.

“But Pat and I knew we referred to it a few times today and we knew what we needed to do.”

And although Tiger’s missing the tournament due to an injury he picked up earlier this year, Schauffele and Co know he’s there in spirit cheering the team on.

He added: “We knew he was fist-pumping from the couch.

“Whether he was on crutches or not, he’s as fired up as any back at home so it’s nice to have his support.”

Most read in Golf

US captain Steve Stricker was also keeping schtum on the contents of Tiger’s correspondence but did give a bit more insight into its contents than Schauffele did.

He said: “The overall picture was just wishing the guys good luck and congratulations for making the team, and a few personal things from Tiger himself.”

Stricker also spoke about the positive impact that Tiger’s having from the sidelines on the team.

And the 54-year-old revealed that up to last week he was picking the 2019 Masters winner’s brain for Ryder Cup tips.

Stricker said: “I saw him last week at home and just picked his brain on Ryder Cup and applied some of that here today.

“[There’s] No better role model, no better leader, just somebody you can always learn from.” 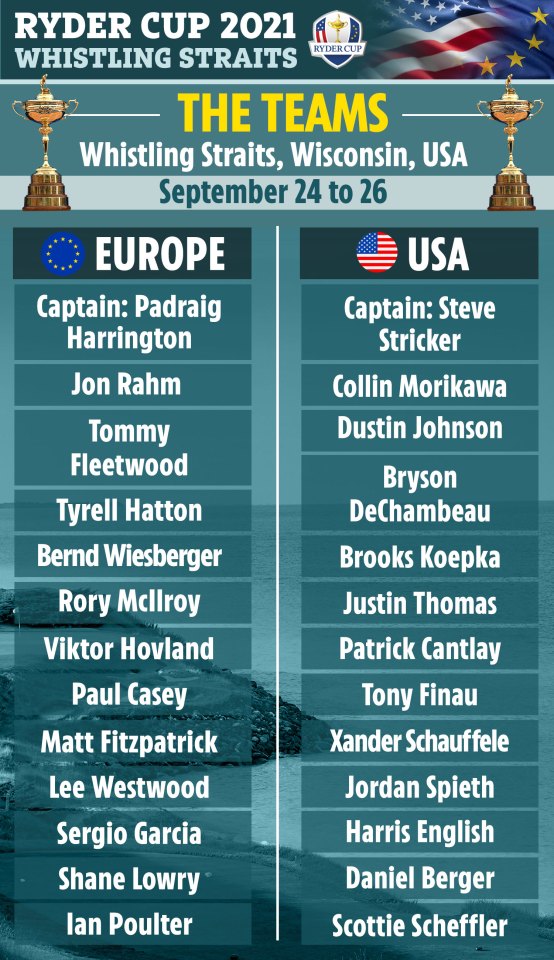 Tiger’s exclusion from the American Ryder Cup team comes after his horror car crash in February that left him with serious career-threatening injuries.

The 45-year-old underwent surgery after the crash in California that saw his car career down a ravine with awful damage to both driver and car.

He suffered multiple fractures in his lower right leg and was pictured wearing a protective knee to toe boot recently.

Rare ‘flesh-eating' STD on the rise in UK, doctor warns