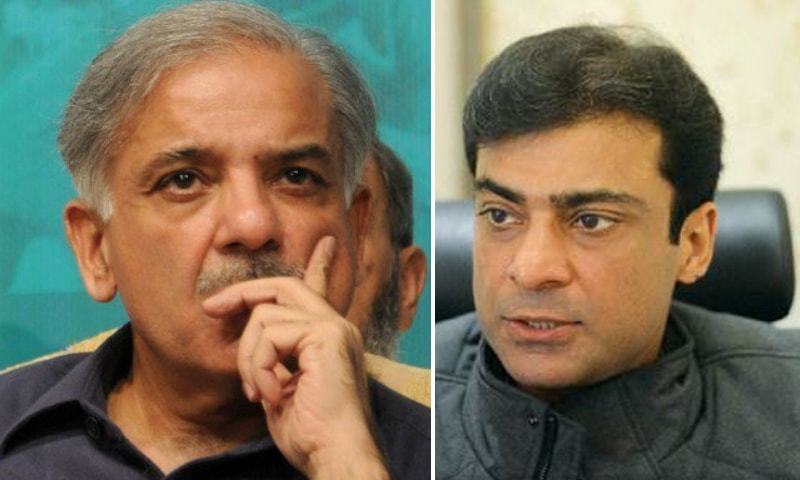 A Lahore court on Saturday extended the interim bail of PML-N President Shehbaz Sharif and his son Hamza Shehbaz till October 9 in a money laundering case.

Shehbaz and his son, Hamza, are facing Rs25 billion money laundering charges in the sugar scandal. The FIA had booked them in the case under sections of the Pakistan Penal Code, the Prevention of Corruption Act and Anti-Money Laundering Act in November 2020.

During today's hearing, Shehbaz and Hamza appeared before the court upon the expiration of the bail previously granted to them on September 17.

As the proceedings commenced, the Punjab FIA director, who heads the investigation team, presented case evidence in five boxes.

When the judge asked about the progress of the inquiry, the FIA official told the court that the probe was initiated in 2020, when the involvement of the sugar mafia was unearthed in the case.

"The FIA was asked back then to initiate an inquiry into corporate fraud [charges]," he said, adding that the probe had revealed transactions worth billions into the bank accounts of peons and other employees of Ramzan Sugar Mills, which is owned by the members of the Sharif family.

He said the FIA found that 57 fake accounts had been opened in the names of 20 of the mill's employees.

"They kept opening and closing [fake bank] accounts between 2008 and 2018, and 56,894 transactions were made [during this period], into which the FIA is investigating."

When asked whether the inquiry had been completed or more time was needed for the probe, he said all the records collected by the FIA had been presented to the court, but the agency was "not yet in the position to submit a challan".

He added that the PML-N leaders were not cooperating in the inquiry, saying that the records sought against them had not been shared with the investigation agency. The official requested the court not to further extend the bail of the accused.

However, Shehbaz dismissed the allegations made by the agency. "The FIA interrogated me twice when I was in jail," he said, maintaining that he was neither the director nor a shareholder of Ramzan Sugar Mills.

Shehbaz said that he had submitted answers to a questionnaire sent to him by the FIA.

The PML-N leader went on to say that when he was the chief minister of Punjab, he took steps that did not benefit sugar mills, and in doing so, caused financial losses to his family.

"I caused losses of billions [of rupees] to my family. I did not violate the law and Constitution," he maintained. Shehbaz further claimed that he was yelled at when he visited the FIA office.

The court directed Shehbaz and Hamza to cooperate with the FIA in the inquiry and adjourned the hearing after extending their bail.

How many kids does Jamie Chung have?