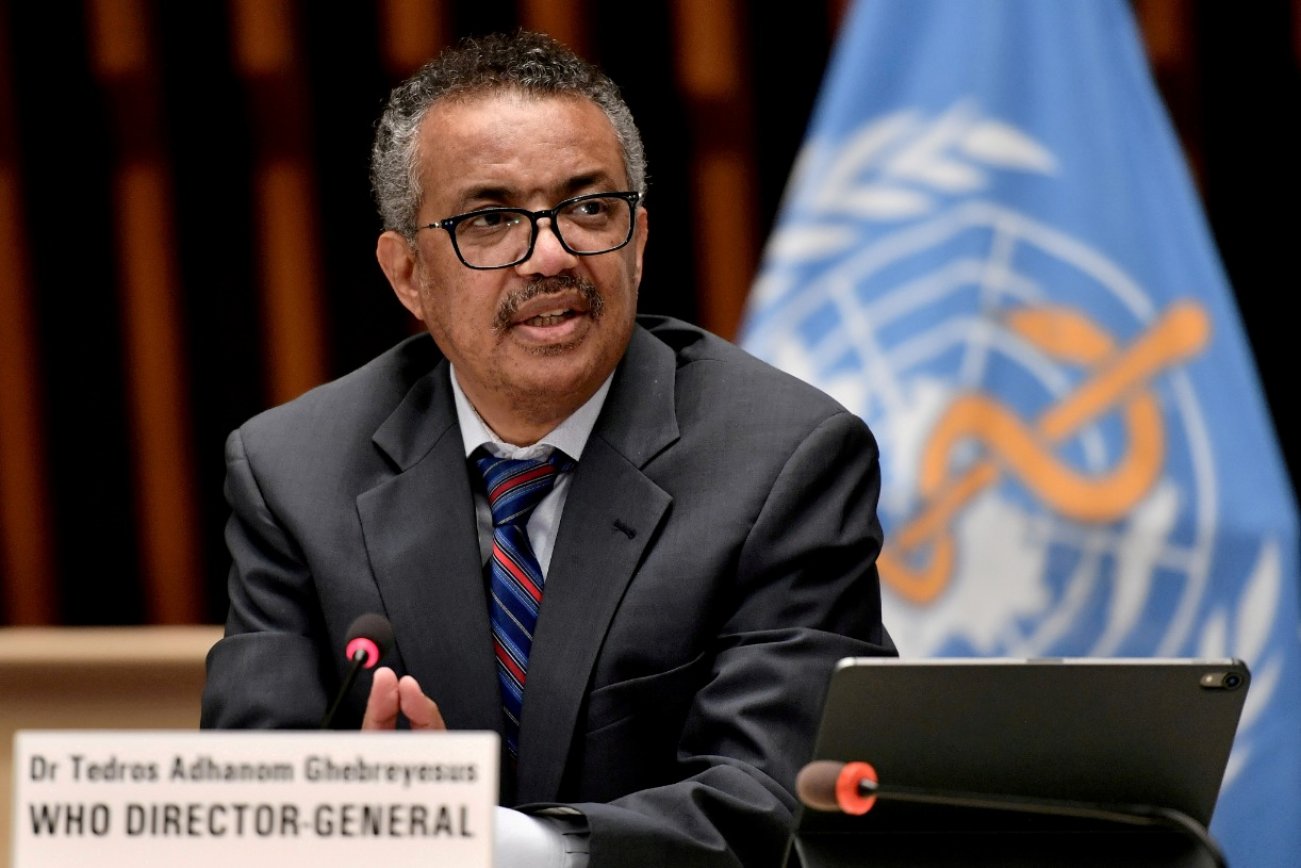 The WHO is trying to subvert sovereign western nations from protecting their citizens by falsely accusing them of monopolizing the supply of vaccines. If America and Europe followed its precepts, the results would be calamitous.

The World Health Organization is at it again. Given the organization’s dubious record when it comes to dealing with COVID-19, you might expect a dose, as it were, of humility when it comes to lecturing the world about how to stymie the spread of the virus. But no.

Instead, in its latest move, the WHO is using the pandemic as a pretext to attempt to subvert the core mission of sovereign countries, namely, protecting the health of their citizens.

“We cannot and we should not accept countries that have already used most of the global supply of vaccines using even more of it while the world’s most vulnerable people remain unprotected,” WHO Director General Tedros Adhanom Ghebreyesus reportedly said at a Wednesday news conference, calling for a moratorium in vaccines, until other states catch up, in what the Washington Post described as an escalating crusade against disparities that the WHO has termed immoral. But as Biden administration press secretary Jen Psaki rightly stated on Wednesday, the WHO is engaging in a “false choice.” There is no cogent reason that America or Germany could, or should, deny their own citizens the opportunity to receive initial vaccinations, let alone a booster shot. It would, in fact, be immoral for them to deny their own citizens the protections that the state is obligated to provide to its citizens.

What lies behind the WHO’s logic is the pernicious elevation of social justice into a religious cause. The WHO’s crusading morality and justice is of a piece with the current left-wing worship of equity. The escalation comes at a time when the advanced economies, including the United States, the UK, and Germany are deliberating on promoting booster doses for their already majority vaccinated population.

Although the major powers have also pledged a lot of unused vaccines (the United States, for example, distributed 110 million doses), health experts argue that they fall well short of what is needed to stem the pandemic. There have been other political complications. India, the largest vaccine manufacturer, stopped all exports, after an initial bout of philanthropy and vaccine diplomacy to balance China, when the second wave devastated the northern parts of the country. Vaccine skepticism was fuelled cynically by a certain section of European politicians, which resulted in reluctance among a large part of the populace, who simply refused to take the most easily available and exportable dose of them all, the Oxford AstraZeneca. Relentless new developments and mutations have led to health experts doubling down on a solution of mask mandates and lockdowns, leading to a further polarization and rise in vaccine skepticism.

But this WHO escalation isn’t related to cost-benefit analysis, but rather is the aim of the ideology that permeates the new health-security expert regime. If one googles “medical equity” and scrolls through the result, there will be thousands of hits just from the last two years. Nature, the most prestigious scientific journal in the world, published two Chinese medical professionals around the time Covid was beginning to spread, in March 2020, who argued that in an era of Covid health equity matters the most, in perhaps the most prominent instance of irony overload. Global Vaccine Equity is much more crucial and important than national vaccine passports, thundered the Scientific American. Both the British Medical Journal and the Lancet argued for health equity during Covid, citing racial differences. The American CDC cites equity as a variable in decision making, carefully dissected in detail by Aaron Sibarium. Racial equity is among the top considerations in vaccine prioritization in the United States.

International organizations, by definition, believe in internationalism, which is predicated on egalitarian instincts. Nationalism and nation-states induce hierarchy, and any hierarchy is counter-egalitarian. Torn between a system where nation-states are still the primary governing blocks, and a new faith that is fundamentally flattening and egalitarian, the classic reaction was an appeal to equity. The process that is designed to achieve this outcome, is, therefore, one, where the great powers are brought down, or at least stopped until there is a semblance of equality. It is difficult to do that, when one, the threat is itself constantly mutating and evolving, and therefore shows no end game, and two, where cultural variables are so different across the globe.

Here’s the sinister outcome of the WHO’s thinking. It isn’t to improve global health. Instead, the easier way to achieve equality in outcome is not to raise the ones who are down, which might or might not succeed, but to cut down the ones who are up. The result seems like the old Soviet-era joke. In order to make donkeys and horses run at the same pace, a communist fed them the same food. The donkey never caught up—but the horse ultimately died.

Dr. Sumantra Maitra is a national security fellow at the Center for the National Interest, a non-resident fellow at the James G. Martin Center, and an elected ECR member at the Royal Historical Society.