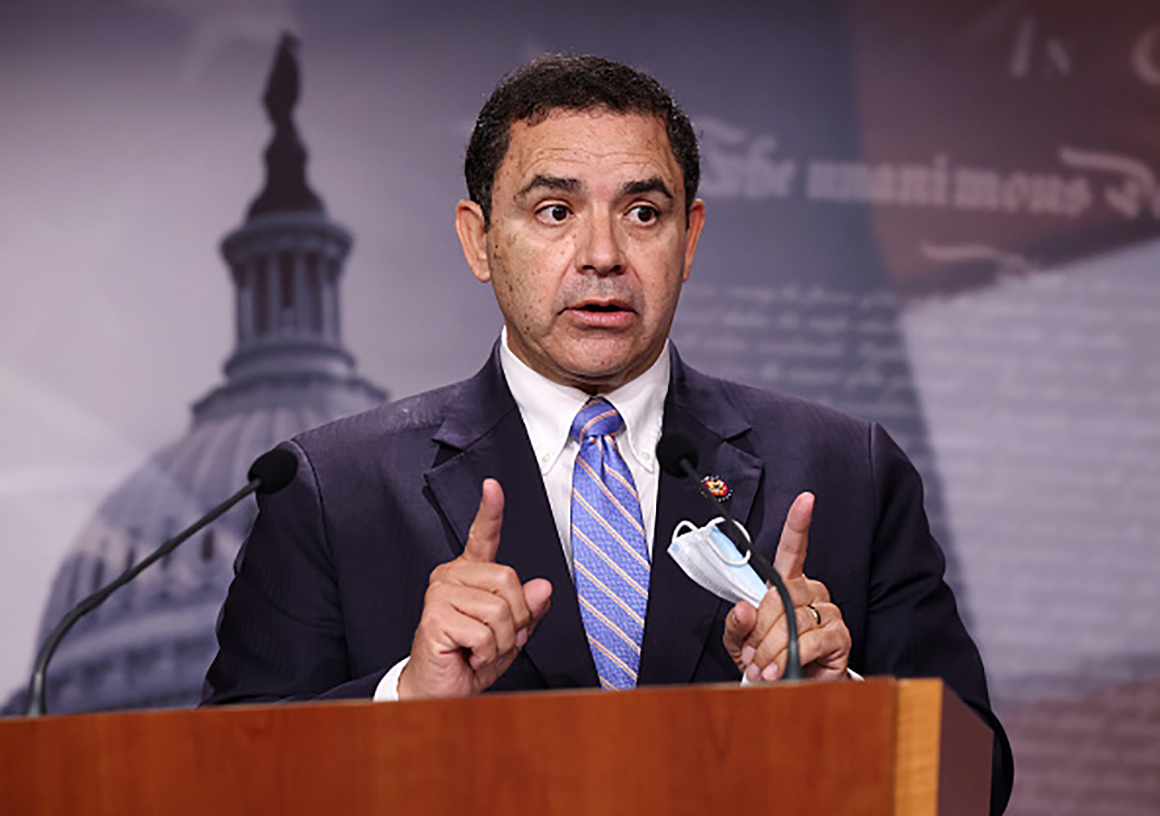 Texas immigration attorney Jessica Cisneros, one of the most prominent progressive primary challengers of the 2020 election, launched a new campaign to oust incumbent Democratic Rep. Henry Cuellar on Thursday.

The 28-year-old came within striking distance of Cuellar when she ran against him during the 2020 Democratic primary, during which she was bolstered by several high-profile progressive figures and Democratic groups, including Sen. Elizabeth Warren, Rep. Alexandria Ocasio-Cortez and Justice Democrats, the PAC that helped elect Ocasio-Cortez and other challengers from the left. Cisneros fell short by just 3 percentage points in one of the closest congressional primaries of the year.

“I'm over the learning curve. I know exactly what I'm doing from day one,” Cisneros said in an interview. “It's a matter of being very strategic, and then executing that strategy when the time comes.”

Her campaign launch comes as the left flank of the Democratic Party reckons with both its growing power and its political obstacles in Washington and on the campaign trail. Progressives suffered a bruising loss in Ohio on Tuesday when Nina Turner, Bernie Sanders’ former campaign co-chair, was defeated in a special House primary by Shontel Brown, a candidate with the backing of the Congressional Black Caucus and several top Democrats. Yet at the same time, one of their own was illustrating the movement's influence in Congress: Rep. Cori Bush (D-Mo.), an activist who ousted veteran CBC member Lacy Clay in 2020, led demonstrations in front of the Capitol that led the White House to expedite extending the Covid-era eviction moratorium.

Cisneros said she plans to build on the momentum from her first challenge to defeat Cuellar next year. Her campaign plans to employ a similar grassroots approach as in 2020 to engage new voters and increase turnout in the district, which currently touches eight counties and stretches from the Mexican border through San Antonio.

But the district is almost certain to change after Texas Republicans redraw congressional districts this fall. The 28th District sits in a danger zone for Democrats hoping to maintain their hold on the heavily Latino and working-class Rio Grande Valley. Former President Donald Trump and other Republicans made big gains in the region in 2020, forcing Democratic Reps. Vicente Gonzalez and Filemón Vela into unexpectedly narrow reelection wins. Republicans, citing their gains with rural voters and Latinos in 2020, aim to rework the districts in the region to be more favorable to them.

Cisneros raised more than $1 million in her challenge to Cuellar in 2020, building up her first campaign from scratch with help from organizations like Justice Democrats. The group has already thrown its support behind her for this election.

“This pandemic has only highlighted how desperate Congress is for leaders who have lived the struggles they are being elected to solve,” Justice Democrats Executive Director Alexandra Rojas said in a statement. “Jessica comes from a community that has been sidelined by Republican corporate interests for too long, and will legislate with the scale and urgency this moment demands.”

Progressives have long criticized Cuellar, known as one of the most conservative Democrats in the House, for his voting record on issues like climate, abortion and gun control. Cuellar's name recognition and campaign war chest have long helped him see off challengers from both parties to win eight terms in Congress. Yet the primary against Cisneros in 2020 was decided by fewer than 3,000 votes.

“I think it's just a matter of continuing to do the work that we were doing last time,” Cisneros said. “We saw that it was working. If it wasn't working, we wouldn't have held Henry Cuellar to 51.8 percent of the vote.”