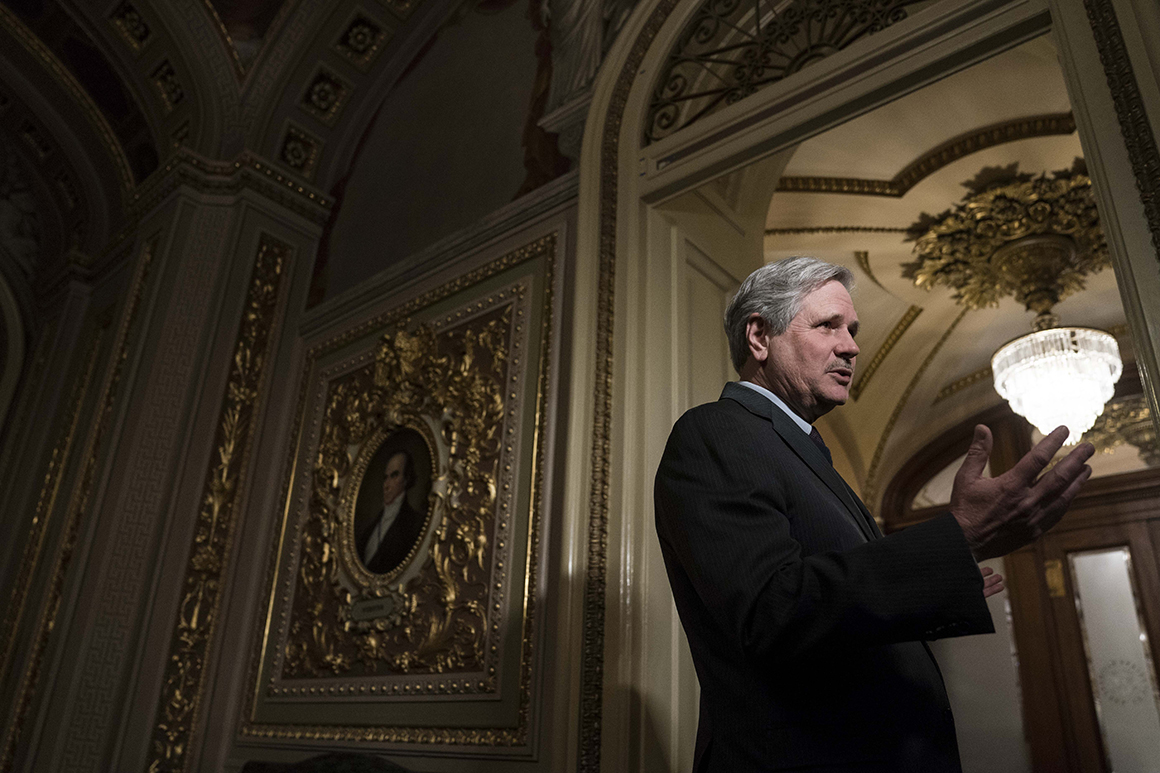 A bipartisan Senate duo last night introduced an amendment to the infrastructure bill to block funds for technology purchases from going toward buying Chinese-made drones.

Tucked into the $1 trillion bill is the $500 million Strengthening Mobility and Revolutionizing Transportation Grant Program, meant to help acquire drones and other technologies to improve the nation’s transportation systems.

But nothing in the language authorizing the grant program prohibits anyone from using that money to buy drones from China, which the U.S. government considers a security threat. The worry is drones made by Shenzhen-based DJI, which has about 70 percent of the share of the U.S. civilian market, and other Chinese companies could help Beijing spy on American infrastructure.

To stop that from happening, the amendment put forward by Sens. John Hoeven (R-N.D.) and Richard Blumenthal (D-Conn.) would make it law that none of the $500 million in the drone-buying grant would go to Chinese firms.

“Our amendment would prevent grants in this bill from being used to purchase Chinese-manufactured drones for infrastructure inspections,” Hoeven told POLITICO. “This is all about ensuring that we utilize the capabilities of unmanned aircraft, but do so in a way that ensures our national security."

The language in the Hoeven-Blumenthal amendment forbids purchases of technologies from “an entity, a subsidiary or affiliate of an entity that is subject to influence or control by … the Government of the People’s Republic of China; or … the Chinese Communist Party.”

That would add a specific and extra protection against the possible purchase of Chinese-made drones. The current language in the bill states the purpose of the grant program is for “[l]everaging the use of innovative aviation technologies, such as unmanned aircraft systems, to support transportation safety and efficiencies, including traffic monitoring and infrastructure inspection.”

DJI didn’t return POLITICO’s request for comment, but continually denies that its drones spy on the U.S.

Lawmakers, including Sen. Marco Rubio (R-Fla.), recently noticed that that section didn’t specifically prohibit the purchase of Chinese-manufactured drones. “In the infrastructure bill the SMART Grant Program DOES NOT prohibit purchase or use of Chinese drones,” Rubio tweeted Wednesday night. “Huge problem that needs to be addressed.”

Experts agree, and want to see the amendment in the final version of the infrastructure bill. “Chinese law mandates and requires government access to any and all data held by any Chinese company or its subsidiaries in China or anywhere else in the world. There’s just no option for non-compliance for any of these companies,” said Klon Kitchen, a senior fellow at the American Enterprise Institute in Washington, D.C. The Hoeven-Blumenthal amendment is “necessary basically because of the market dominance by DJI … They are the market leader.”

The purchase of Chinese-made drones by the U.S. government has long been an issue. Last year, Air Force Special Operations Command bought 57 of them from DJI so commandos could train on how to defeat them. That raised concerns from security experts and lawmakers, including Democrats. “Why would we allow the U.S. government to purchase drones from China?” Sen. Chris Murphy (D-Conn.) told the Wall Street Journal at the time. “Doing so allows Beijing to gather sensitive data from us and rewards an adversary at the expense of our own American manufacturers.”

Then in December, the Department of Commerce placed DJI on the Entity List over its ties to Beijing, effectively blacklisting the company by restricting the ability of American firms to sell parts to the drone-maker, as well as make it harder for DJI to sell its products in the U.S. And two weeks ago, the Pentagon stated that DJI drones “pose potential threats to national security.”