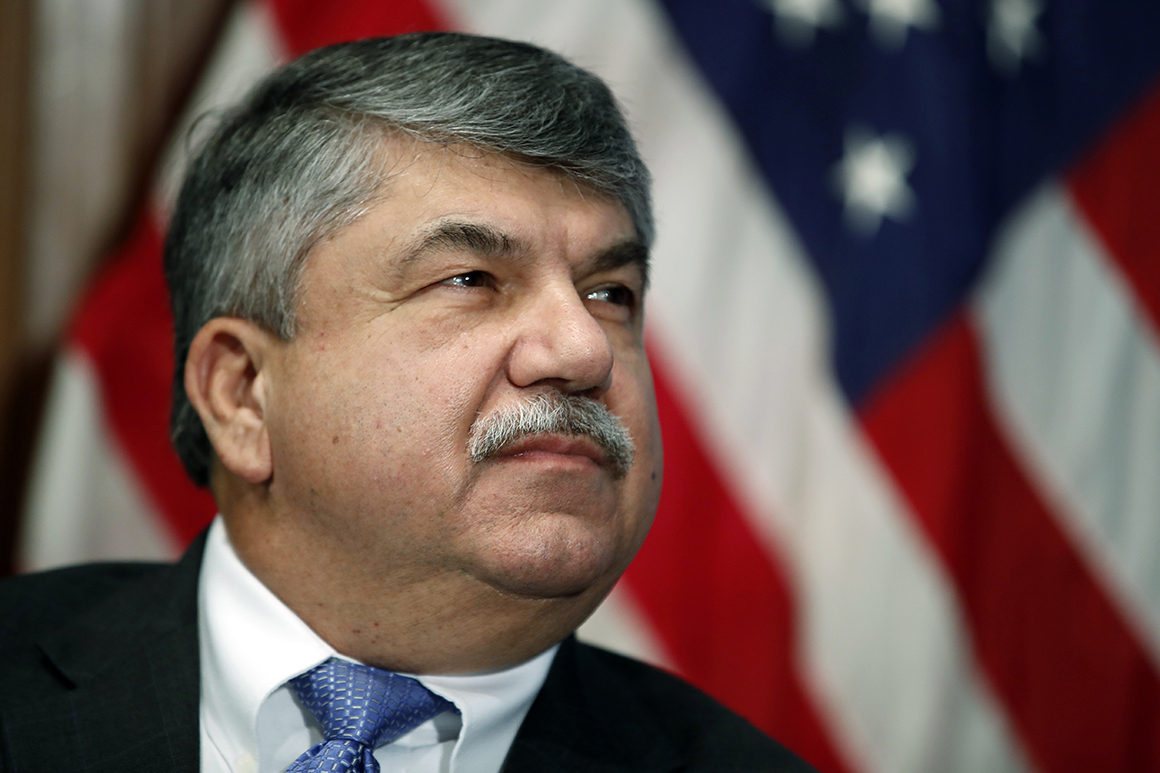 Trumka, 72, had served as president of the federation, which represents more than 12.5 million workers, for more than a decade and has been a close ally of the Biden White House.

He died of what was believed to be a heart attack, a source familiar with the matter said. It was unclear when exactly it occurred, though it's believed to be either Wednesday evening or Thursday morning.

Staff at the AFL-CIO were informed of the death on Thursday morning. The federation did not immediately respond to a request for comment.

“The labor movement has lost a giant and a longtime champion of working people across America. He will be greatly missed,” The National Rural Letter Carriers' Association wrote in response to the news on Twitter.

A third-generation coal miner, Trumka spent his career in the labor movement, serving as president of the United Mine Workers of America and as a member of the AFL-CIO’s executive counsel, as well as on various federation committees before being elected AFL-CIO president in 2009.

It was unclear whether Trumka was going to run for another term as AFL-CIO president or retire ahead of the federation’s convention that was originally scheduled for this fall.

Citing coronavirus concerns, the federation announced earlier this year it was pushing the convention to June 2022, a move that some in the labor movement criticized as effectively extending the federation’s leadership’s terms by roughly eight months.

But that now leaves an even longer gap for the federation to fill the role permanently in Trumka’s absence.

Probably A Job For THE POLICE: Driver Easily Gets Away After Violently Assaulting 3 NYPD “Civilian Traffic Enforcement Agents” That Had Approached After a Traffic Accident – (Video)