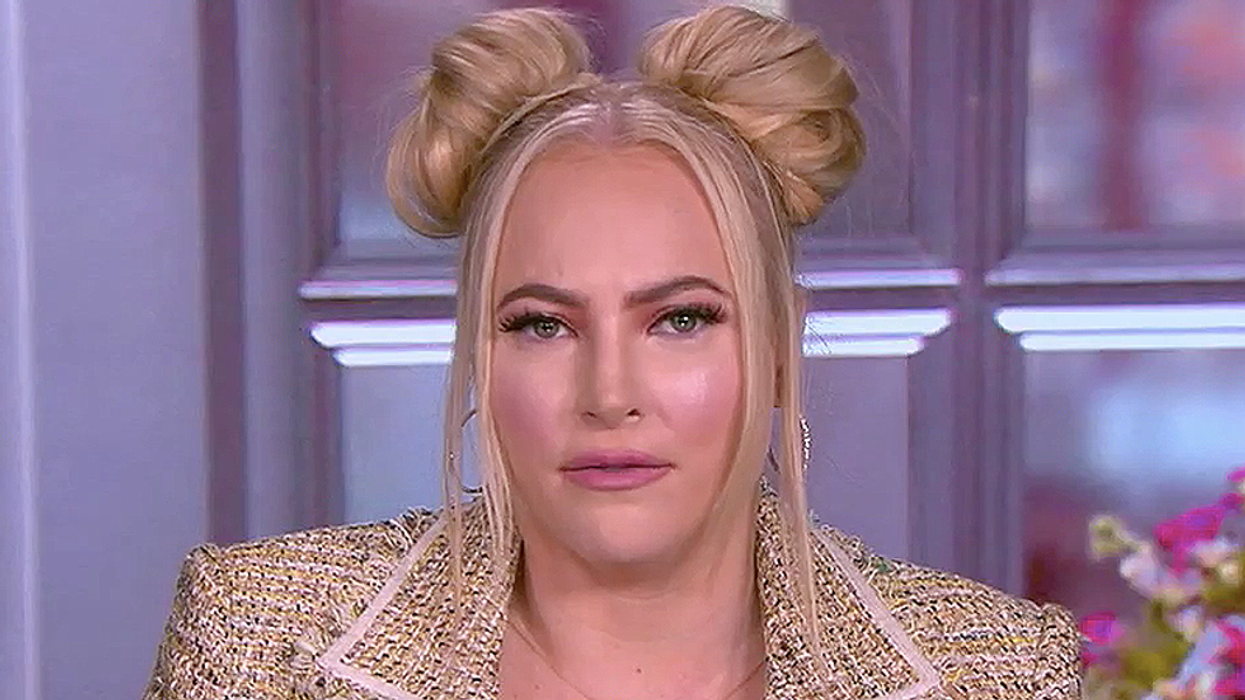 Meghan McCain's last day on "The View" is Friday, ending a contentious tenure as the daytime talk show's designated conservative.

The proudly Republican daughter of the late Sen. John McCain (R-AZ) -- as she's known for reminding viewers -- is closing out nearly four years on the show, citing her 9-month-old daughter and the effects of the coronavirus pandemic as reasons for leaving, although her relationship with her co-hosts has long been the subject of gossip columns.

McCain had some memorable blowups in that final season, which she rejoined after taking a maternity leave late last year -- and here are some of the most wildest exchanges.

1. Fight breaks out on Meghan McCain's first day back -- and Whoopi Goldberg forced to cut to commercial

She returned to the show on Jan. 4, after news broke of Donald Trump's pressure campaign on Georgia officials to "find" the votes necessary to overturn his loss there, and McCain clashed with co-hosts Whoopi Goldberg and Joy Behar over the size of Joe Biden's election win -- and respecting the feelings of disappointed GOP voters. "I said that's your perspective -- the perspective of Joy Behar, you know, you're a proud progressive leftist," McCain said, "but I am a proud conservative and I think that the idea -- the only reason why people voted for President Trump in the last election is that they were lied to and they're morons who are just being fed information is not only disrespectful and inaccurate."

2. The View's Meghan McCain wants Biden to fire Dr. Fauci because she doesn't know when she can get her vaccine

McCain urged President Joe Biden to fire Dr. Anthony Fauci in February because she wasn't sure if or when she could be vaccinated. "The fact I, Meghan McCain, co-host of 'The View,' don't know when or how I will be able to get a vaccine because the rollout for my age range and my health is so nebulous, I have no idea when and how I get it," she said.

McCain tangled with children's television host Levar Burton over "cancel culture" and the meaning of accountability. "I think it has everything to do with a new awareness by people who were simply unaware of the real nature of life in this country for people who have been othered since this nation began," Burton explained.

4. Whoopi Goldberg forced to cut to commercial as Meghan McCain and Joy Behar yell at each other over the COVID-19 vaccine

McCain and Behar clashed against in May as she justified conservative resistance to coronavirus vaccines, saying that liberals had made them feel bad about avoiding the potentially life-saving shots. "It's not productive, that's why people go into their corners," McCain said. "This is coming from a place of fear. I don't think it's a place of politics. People don't understand and don't know. I don't like to judge people who aren't accessible to the same resources and education I am. This is a serious, serious problem in this country."

McCain prompted a round of fact-checking on air and online after insisting that Fox News strongly promoted vaccinations. "I wish we could all come together on it, but I was watching 'Fox & Friends' this morning," she said. "Steve Doocy said get the vaccine."