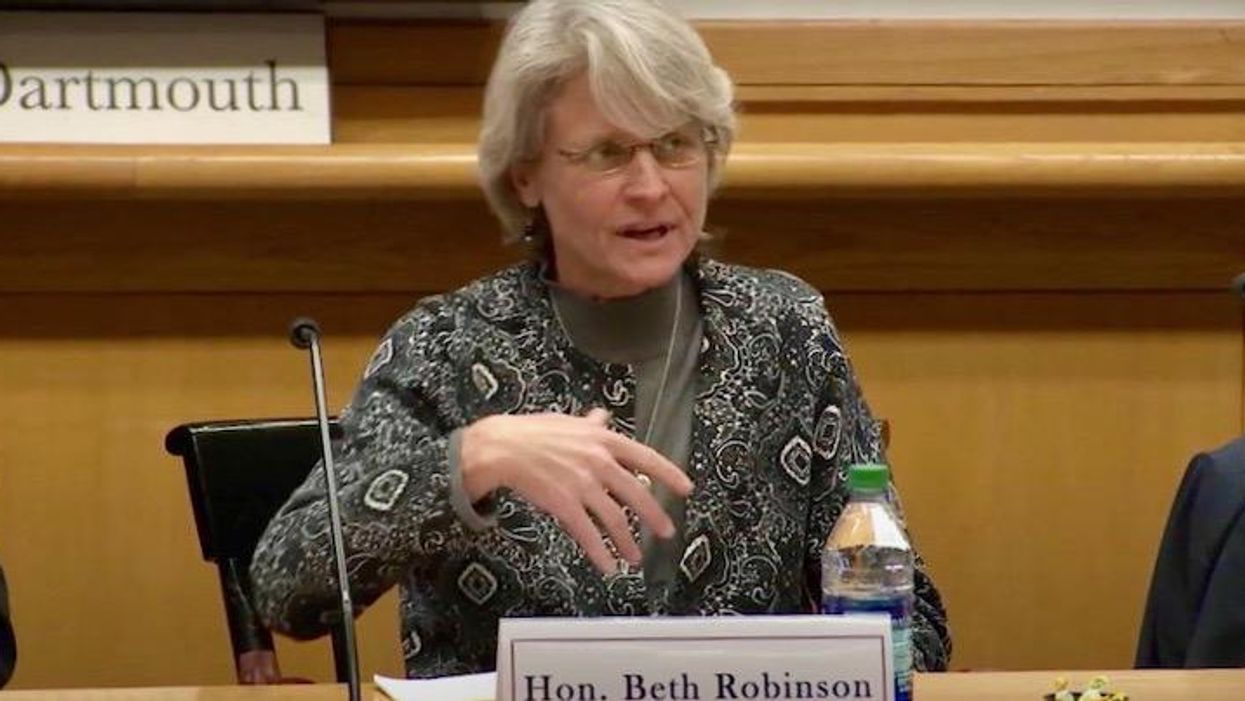 Robinson has a long history in the marriage equality movement, and will make history by becoming the first openly-LGBTQ judge on a federal appeals circuit court if confirmed, HuffPost reports.

"I am incredibly proud that President Biden has nominated Vermont's very own Justice Beth Robinson to serve as a Judge on the U.S. Court of Appeals for the Second Circuit," Vermont's Democratic U.S. Senator Patrick Leahy said in a statement. "I strongly praise President Biden for nominating Justice Robinson, who has been a tireless champion for equal rights and equal justice in the mold of the late Justice Ruth Bader Ginsburg."

Justice Robinson served as chairwoman of the Vermont Freedom to Marry Action Committee, and "served as co-counsel to the plaintiffs in Baker v. State, Vermont's landmark case involving the constitutional rights of same-sex couples, helped lead the lobbying effort that led to the passage of Vermont's civil union law in 2000, and helped lead the effort in 2009 that culminated in the Legislature's passage of a bill extending the legal right to marry to same-sex couples," the Addison County Independent reported in 2010.

Trump to give sworn testimony on violent crackdown on protesters at 2015 campaign event: report