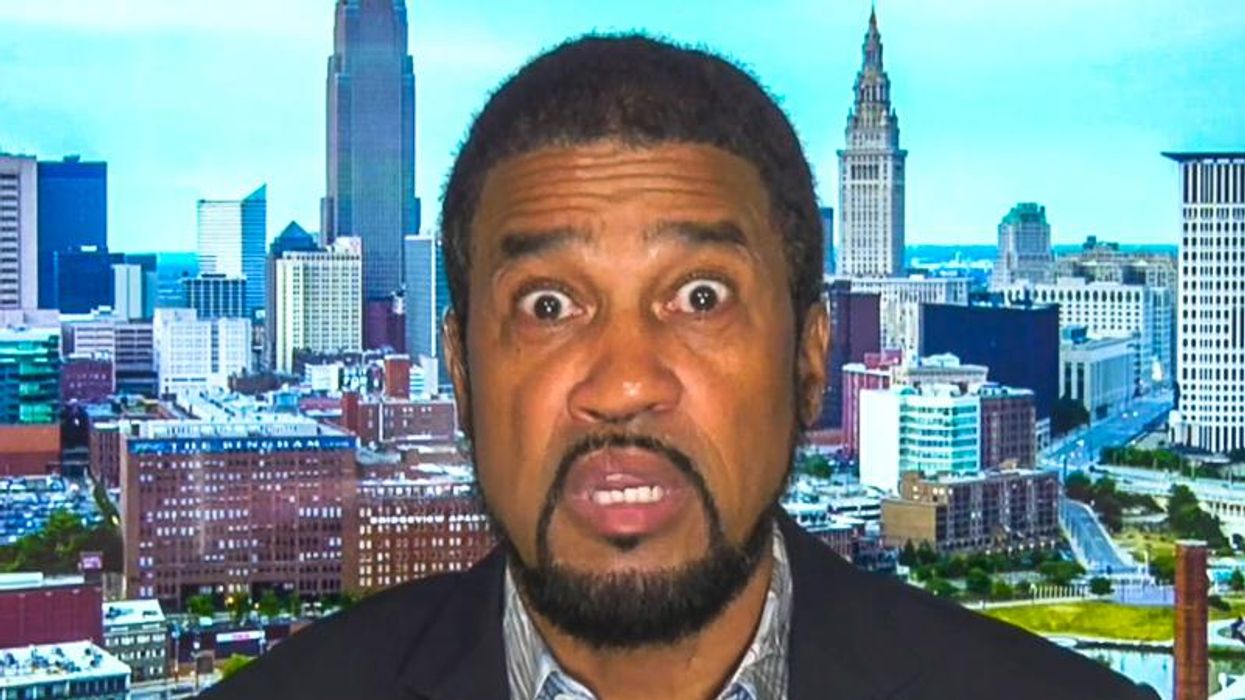 Pastor Darrell Scott, a former member of Donald Trump's transition team, this week offered a defense for the rioters who attacked the U.S. Capitol on January 6.

During a Thursday appearance on Real America's Voice, host Steve Bannon asked Scott to comment on "religious leaders" who believe that "the problem we have in this country is domestic terrorism based on the Trump movement and these 'insurrectionists.'"

"Absolutely not," Scott replied. "These religious leaders -- for lack of a better word -- this is all simply a smokescreen to continue to allow voting irregularities, voter fraud."

According to Scott, Democrats are using the attack on the Capitol as a "ploy" to advance voting rights bills.

"They are trying to mask their own agenda and masking under concerns for society," he continued. "I mean, this entire domestic terrorism narrative is all bogus. America burned the summer of 2020. That was domestic terrorism. And they portrayed it as American expressionism, the exercise of American rights."

Scott insisted that Black Lives Matter "was the domestic terrorists because they simply resorted to blackmail and extortion to get their way in this country."

"And so what they're saying on January 6th, they're saying that these insurrectionists are part of some domestic terrorism group," the pastor complained. "January 6, to me, was simply an extension of what happened the entire summer of 2020. It was a case of the chickens coming home to roost."

Scott added: "It was mostly peaceful protests. It was Americans expressing their outrage and anger over indiscretions over what they saw was something improper. They expressed themselves the way that the new paradigm of expression has been displayed all over America."

He concluded by insisting that Democratic lawmakers were smearing Jan. 6 rioters because "they're afraid of the danger that Trump presents to their liberal agenda."

A national bus driver shortage 'unlike anything we have witnessed' is leaving kids with disabilities frazzled and 'at their wit's end,' experts say